How to get to Danube Delta

In order to get to the Danube Delta you first need to travel to Bucharest, afterwards there is a 4-5 hours trip to Tulcea by car and then you need to travel by boat to your final destination in a village in the delta. Renting a car is not so useful because you will need to leave it in the parking place in Tulcea for the whole time you are here. In the delta there are no cars and the main means of transportation is by boat. If the travel agency through which you booked your trip doesn't offer bus transportation from Bucharest, you should probably take a normal bus. There are buses that go from Bucharest straight to Tulcea, which are very cheap (80 RON ~ 17 euros) and they go quite often during summer time. For schedules and tickets check here. Taxis are quite cheap, so you can probably take a taxi from the airport to the bus station. I would recommend you to also stay 1-2 nights in Bucharest to check out the city if you have time, especially since it will probably take around 7-8 hours to get to your place in Danube Delta.

When to go to Danube Delta

There are birds here all year round. The birds from the north come to spend winter here, since the temperatures don't drop as much. Probably best time to go would be during the spring and beginning of summer. We went for four days in June and it was perfect! All the birds had chicks and they were very active. Also if you want to avoid the mosquitoes and the high temperatures I would recommend May or beginning of June.

What you should know before going to Danube Delta

Danube Delta is in a part of Romania which is not very well developed. Don't expect any luxury villas or luxury dinners here. You will pretty much get the basic stuff: a nice bed, maybe TV, toilet and shower, but no fancy dinners or drinks. The tourism here is not yet that developed, which is a great thing for wildlife! Since everything here has to happen by boat, the place is rather expensive for the conditions they offer, however, if you are interested only in the birds you'll probably be very happy either way.

There will be a lot of sitting in the boat, without toilets. In our four day trip we had 4 hours in the boat, then lunch break and then another 4 hours in boat. It was a bit tough I have to say, but you'll get to see a lot of birds and you'll have plenty of picture opportunities.

It gets pretty hot in the summer and the mosquitoes here can be a real pain. Make sure you bring a strong SPF sun lotion, a white hat and plenty of mosquito repellent. Probably best clothes would be loose linen clothes with long sleeves and long pants.

Local people are mostly fishermen and they don't speak English, however there are special English guided tours (which are more expensive). Unfortunately if you visit the Danube Delta you most likely have to book some tours because you'll need a boat.

What kind of birds can you see in Danube Delta?

There are plenty of birds here and most of them are not afraid of humans. They start to fly away only when the boats are really close to them. Thanks to the lack of fear of the birds you can get some really nice pictures without having a huge lens with you. I was a bit of a rookie when I took these pictures and I had a Canon 80D with a 300mm lens.

More than 50% of Europe's great white pelicans are breeding in the Danube Delta. They are often seen in large numbers during feeding frenzies. There is also an area that is protected and visitors are not allowed to go there, however you'll get to see plenty of them during your stay. 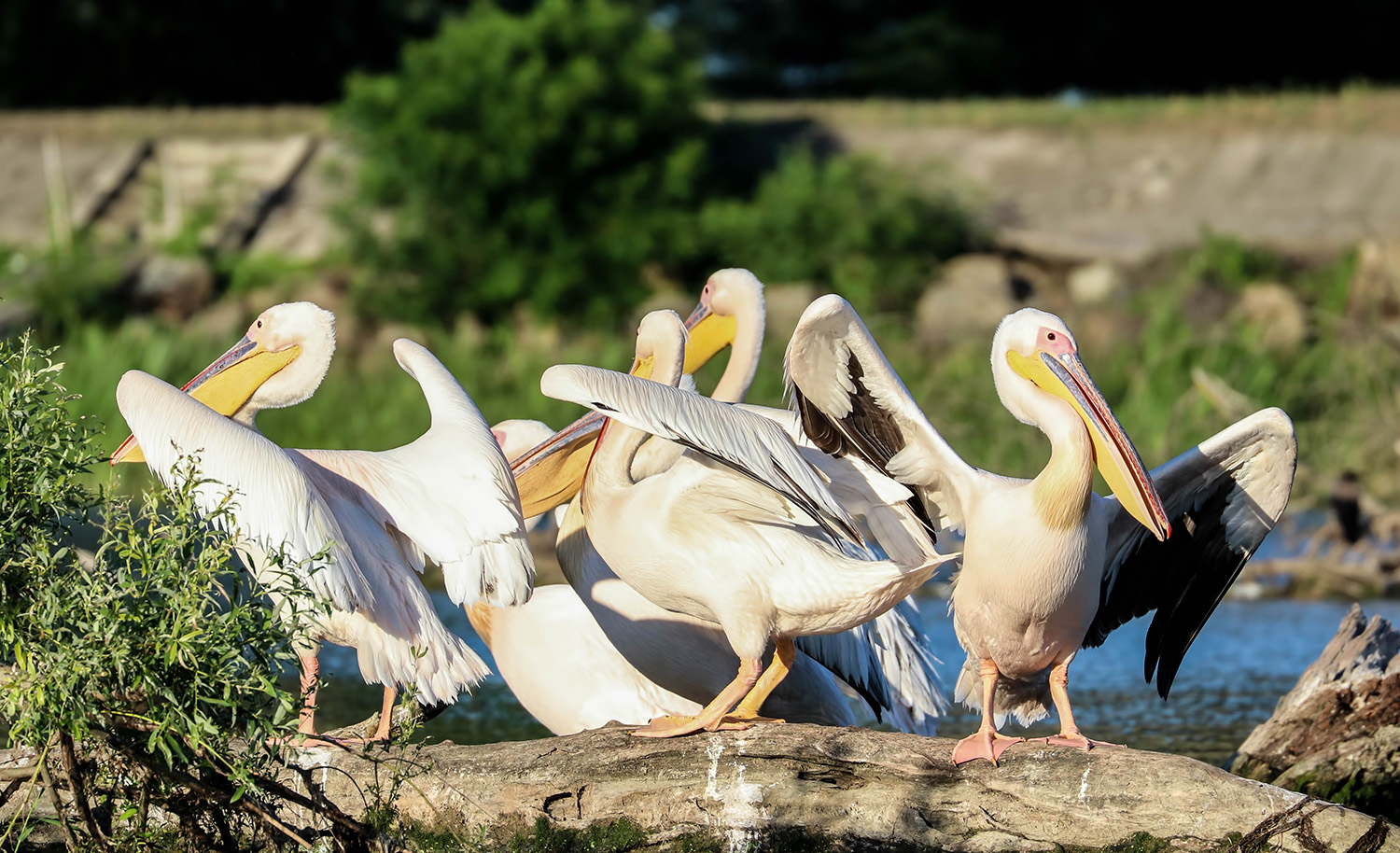 ​ Usually the pelicans are always accompanied by great cormorants, especially juveniles. These birds excrete very acid feces, so dead trees filled with cormorants are common view in the Danube Delta. 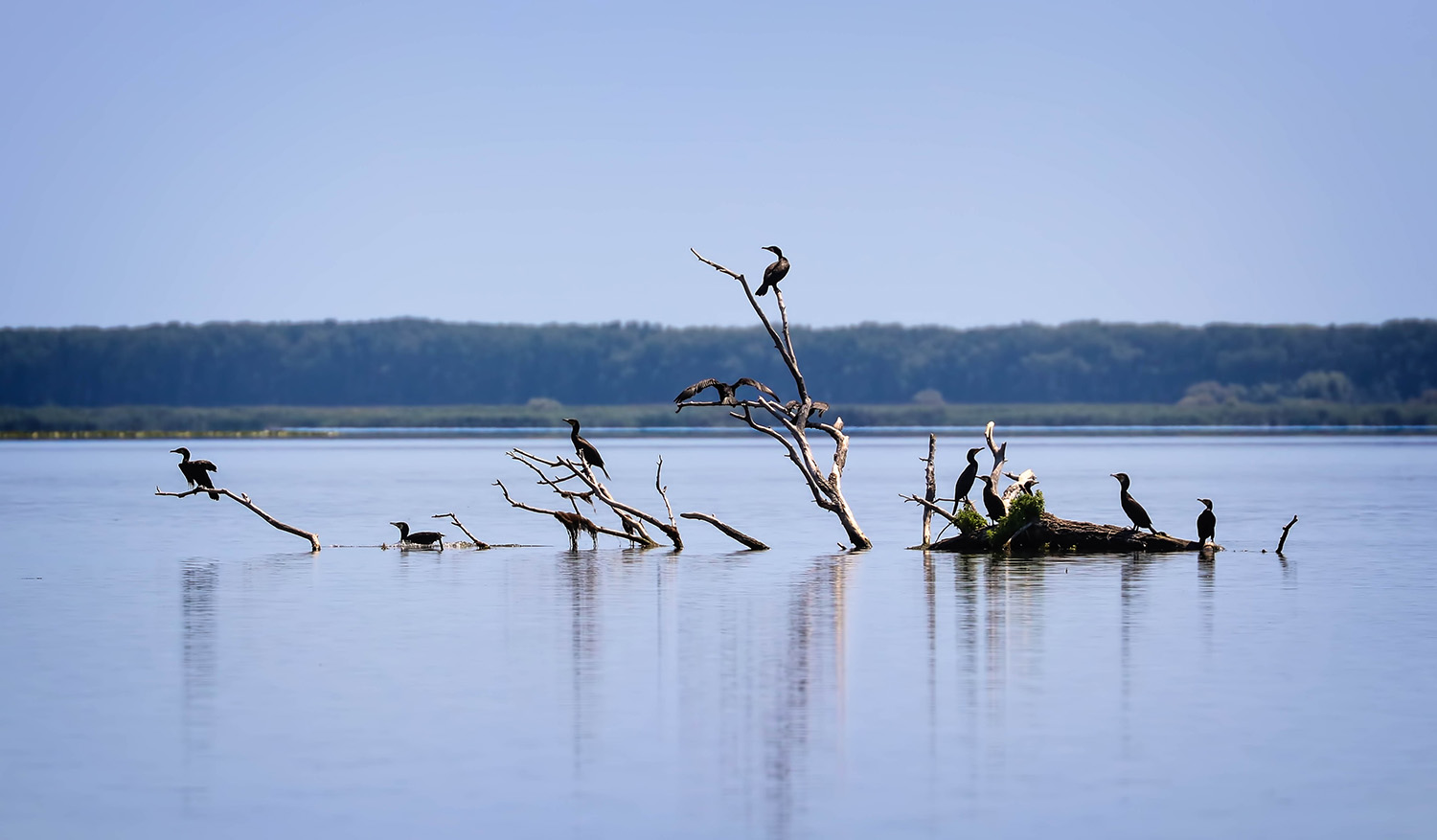 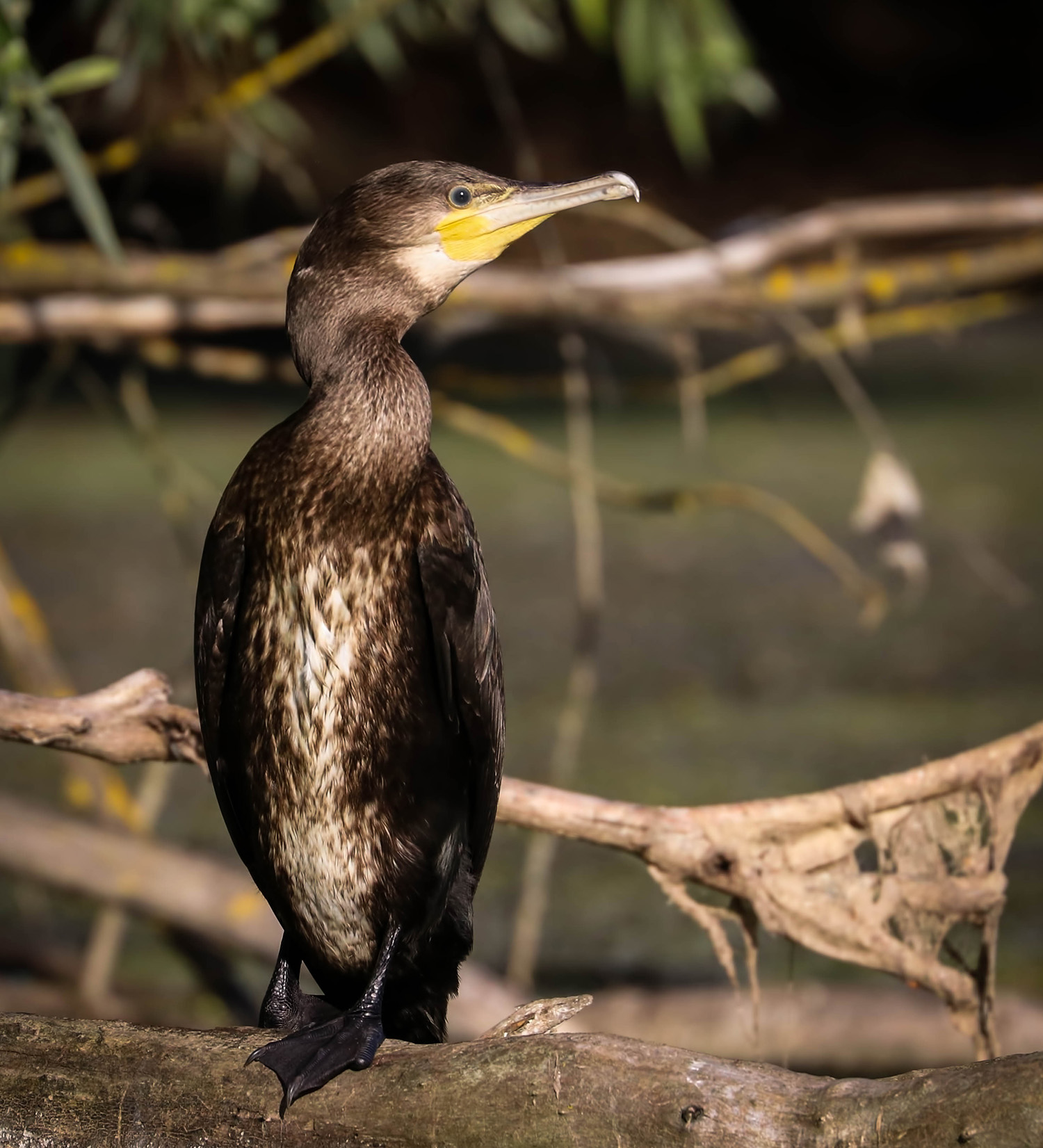 ​ Grey herons are a common sight on the branches next to the water channels, especially during the evening sun. 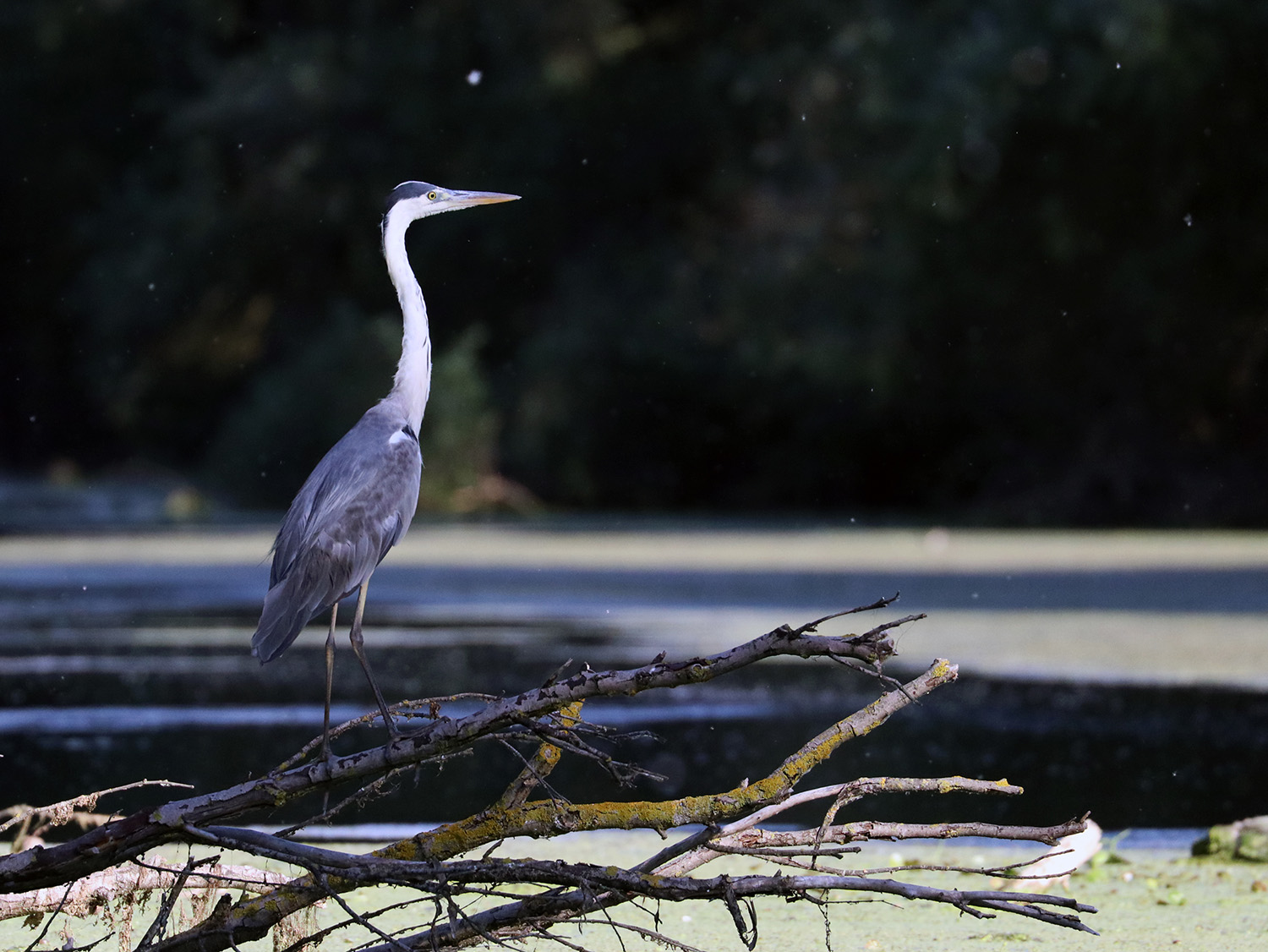 ​ I really like this bird's red eyes and I was able to see a few of them hunting during the 4-day trip I had. This is such a beautiful bird! 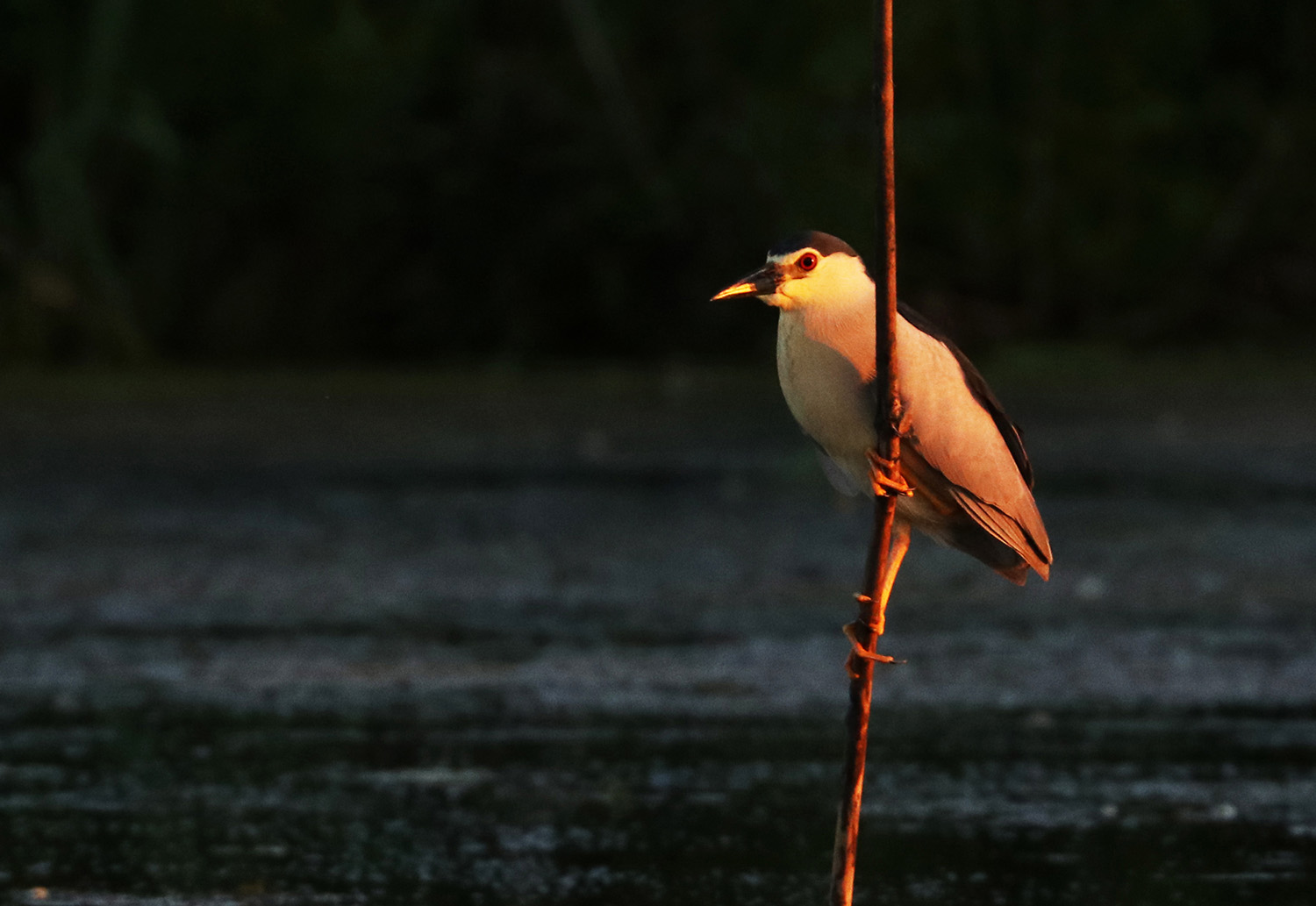 ​ The squacco heron seems to be a common bird in the Danube Delta. It can be seen quite often hunting, doing funny poses while trying to attract fish under its wings. 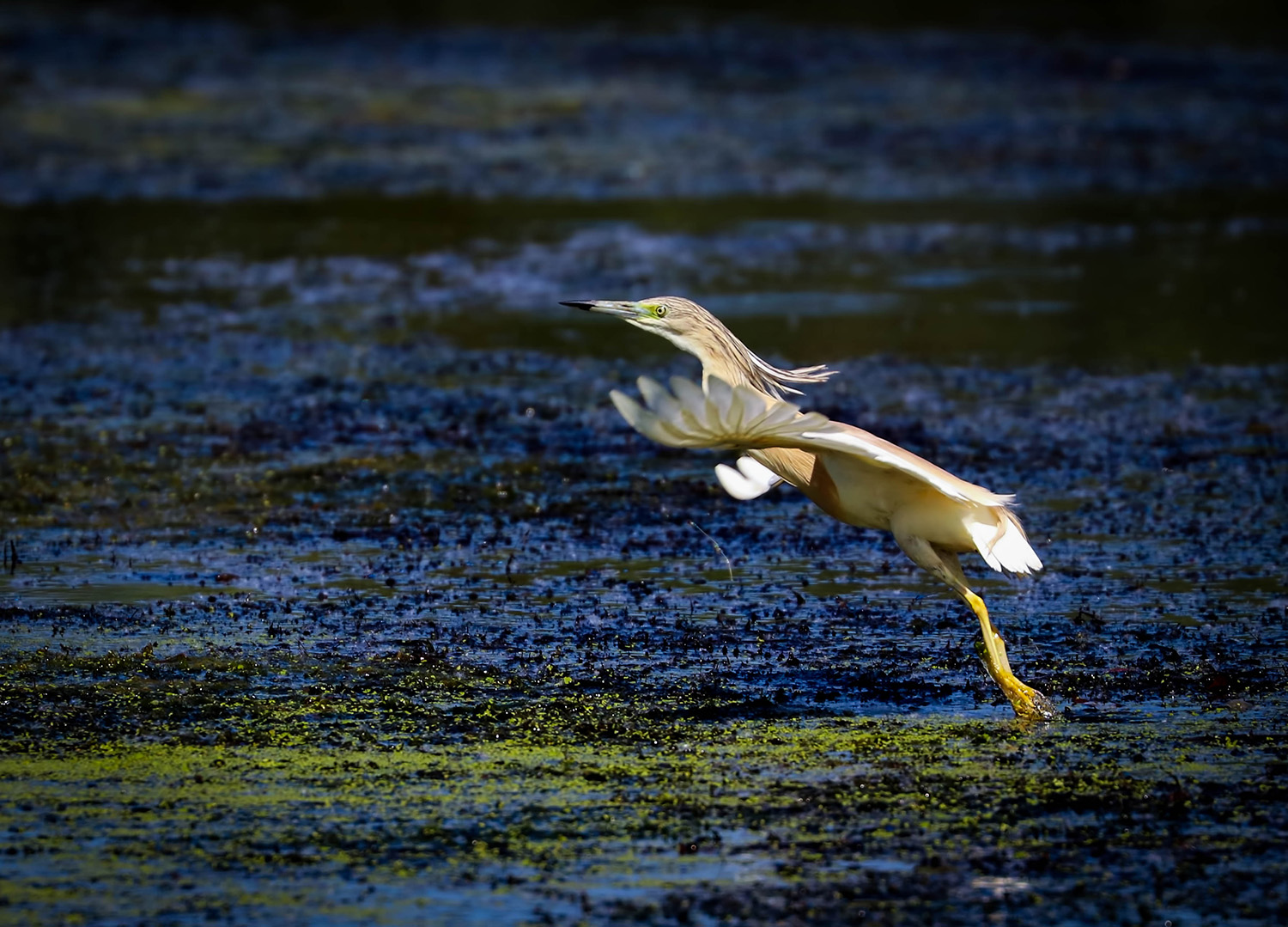 ​ Dalmation pelicans can be seen often lonely and they are not so numerous as their white cousins. 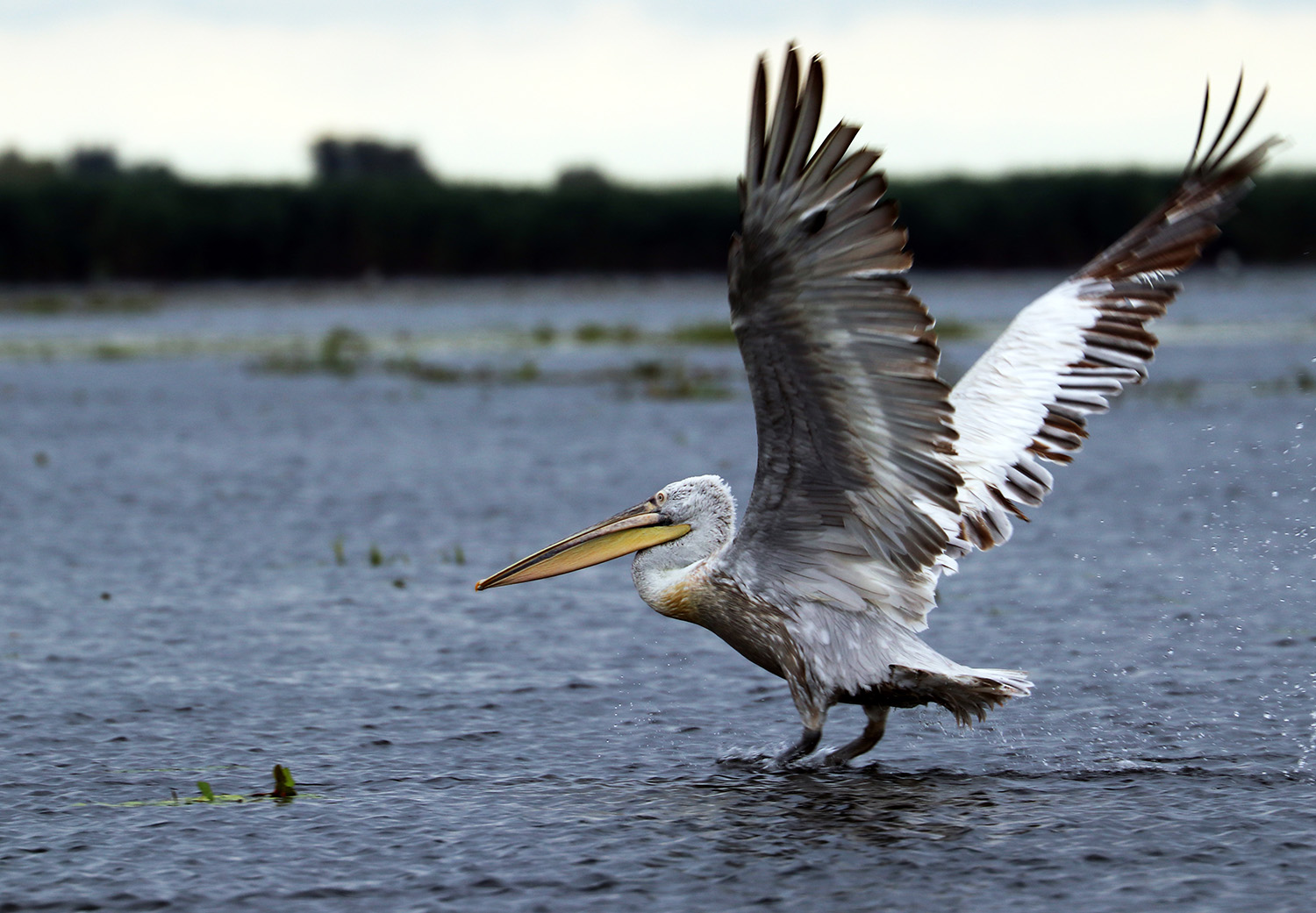 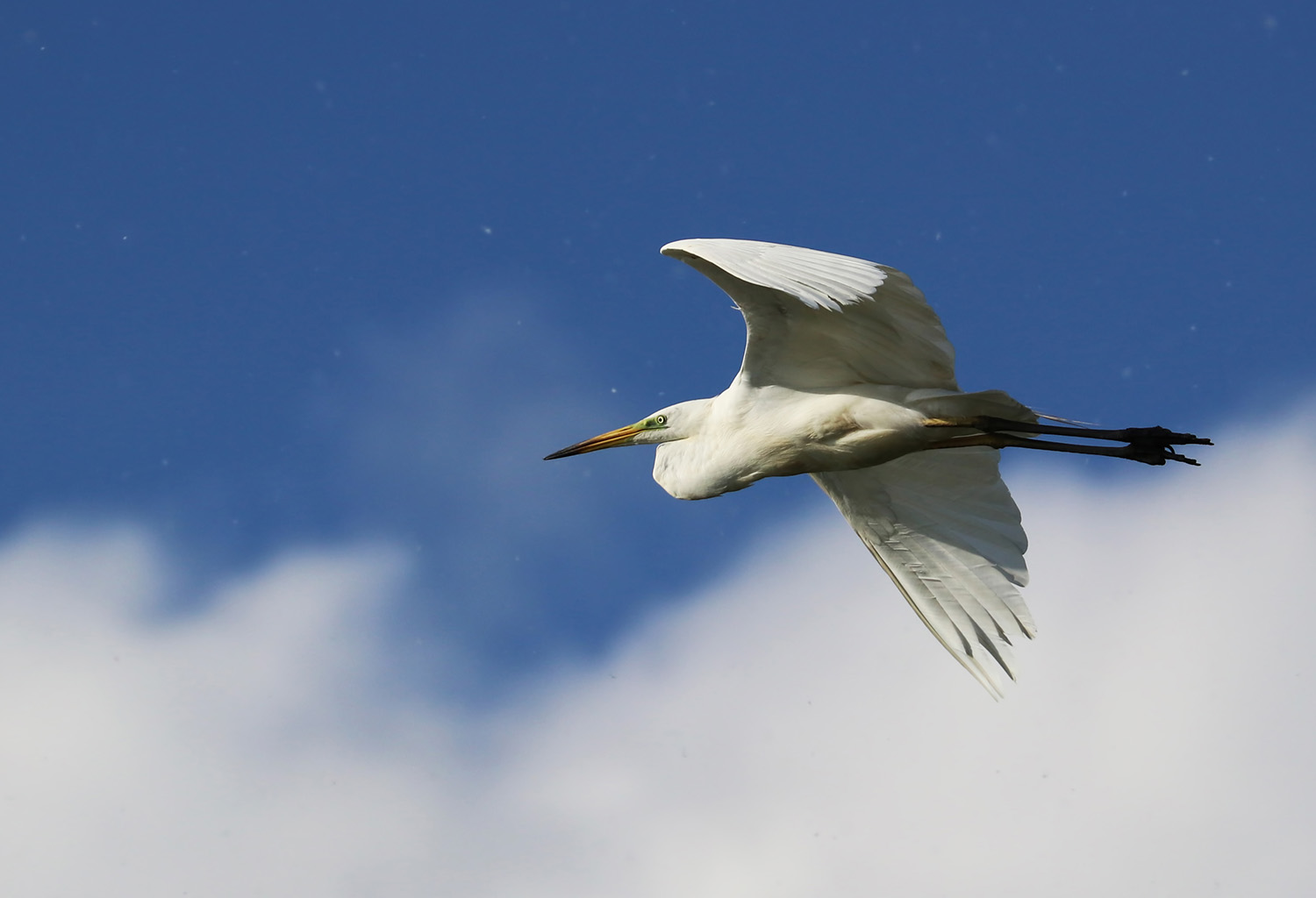 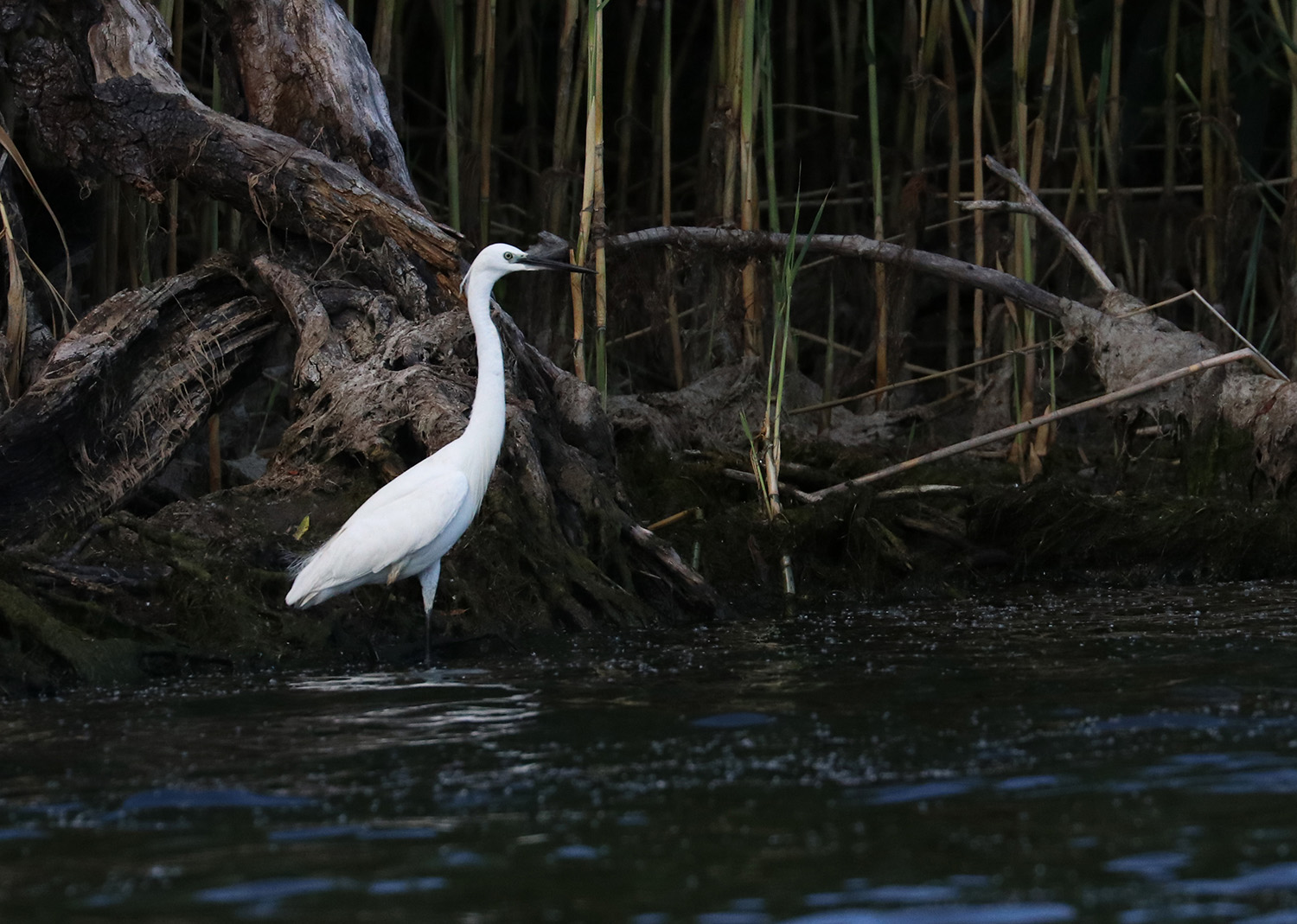 ​ The glossy ibis was mostly hanging out in the areas that were protected and couldn't get close to it, but we had some good luck in one evening to see one outside of the areas and we were able to get close to it without disturbing it 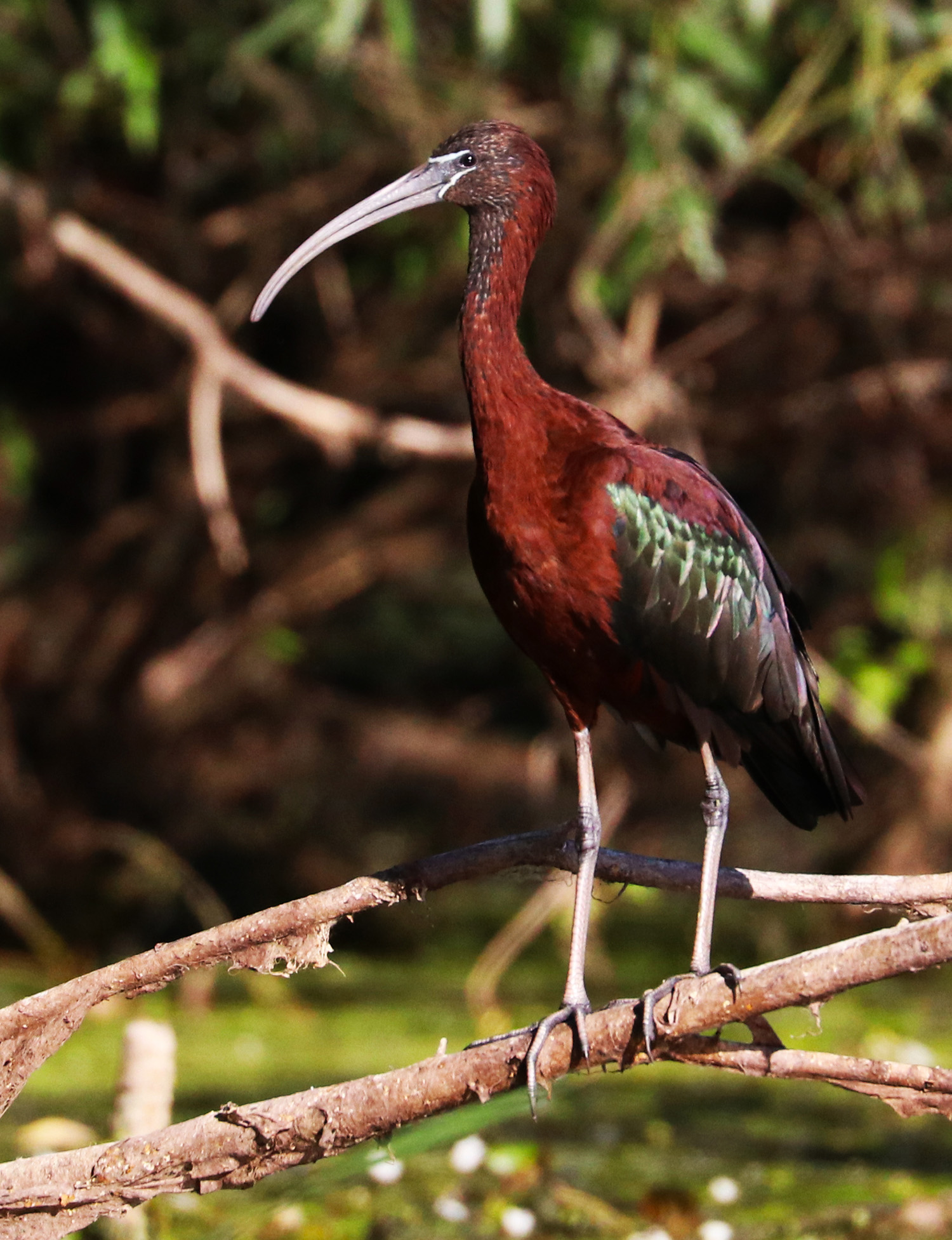 ​ Not as common as the grey herons and a little bit more shy than the other birds. 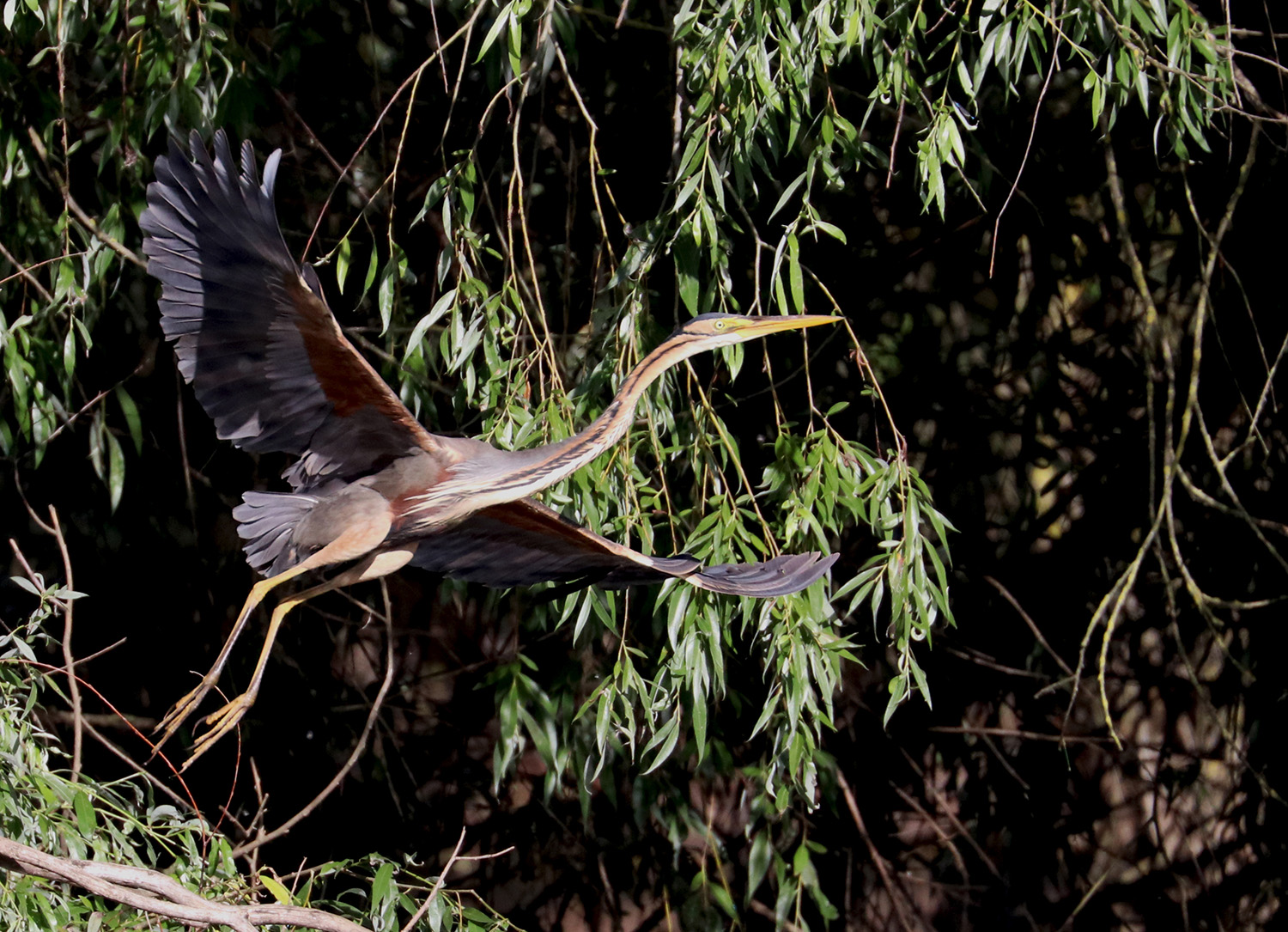 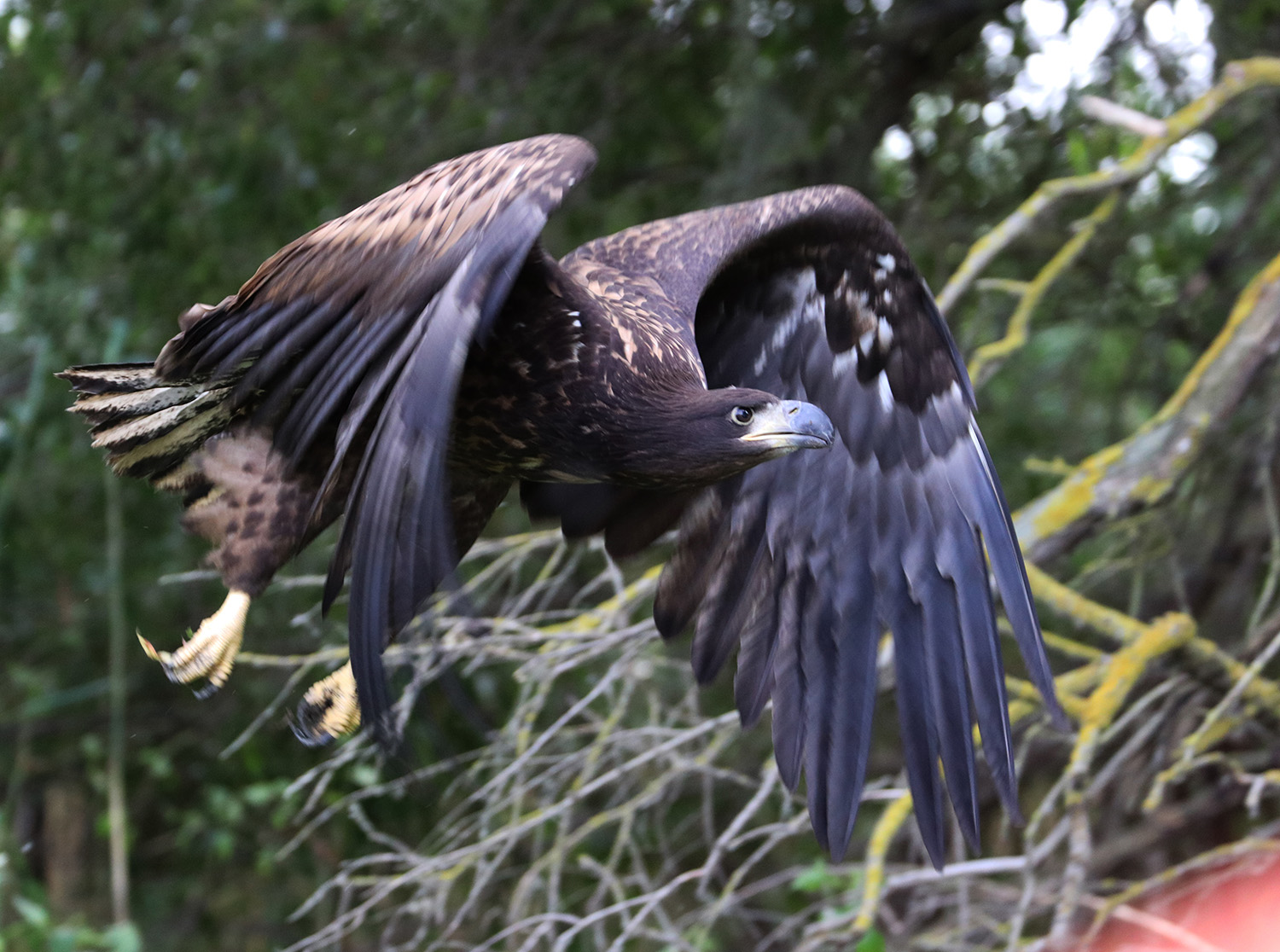 ​ This was a rare treat and we only saw one on our way back to Tulcea in the last day. 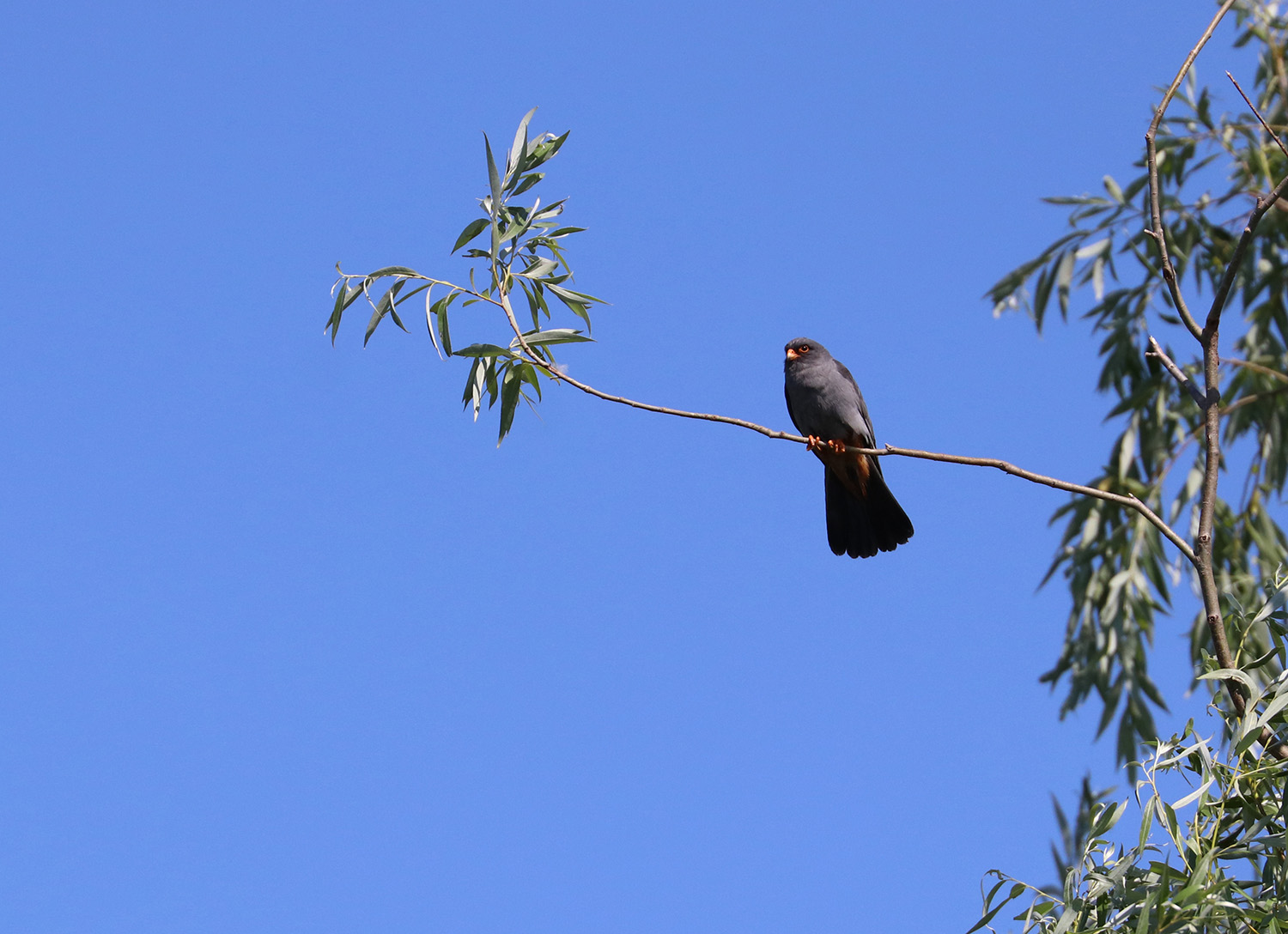 Other than the birds from above we also saw kingfishers, terns, lapwings, moorhens, eurasian coots, swans, little cormorant.

Besides all this we had the most amazing sunrise one morning! It was a bit difficult to wake up at 4:30 AM in order to get to the boat at 5 AM, but it was totally worth it! This was the most beautiful sunrise I have ever seen! 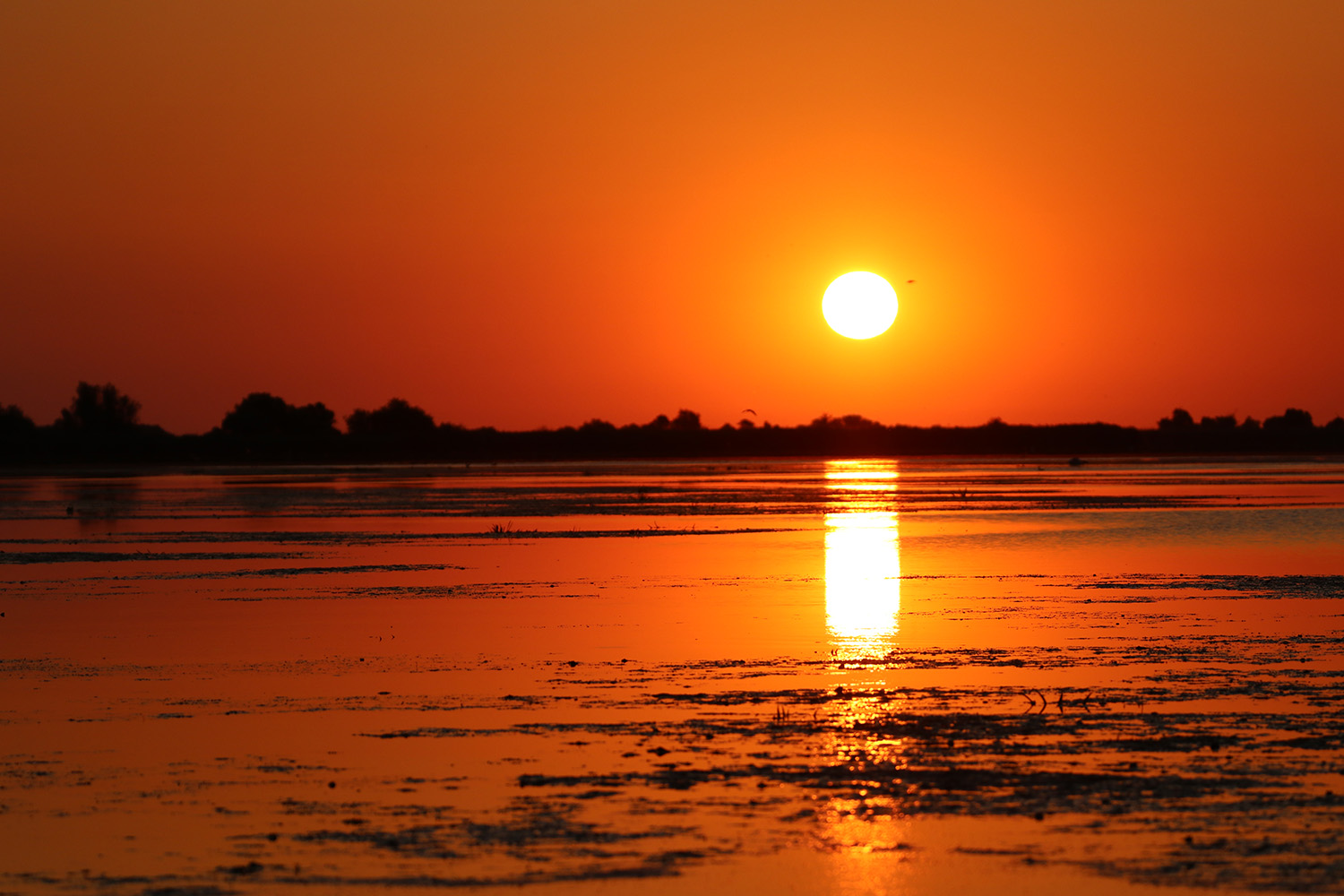 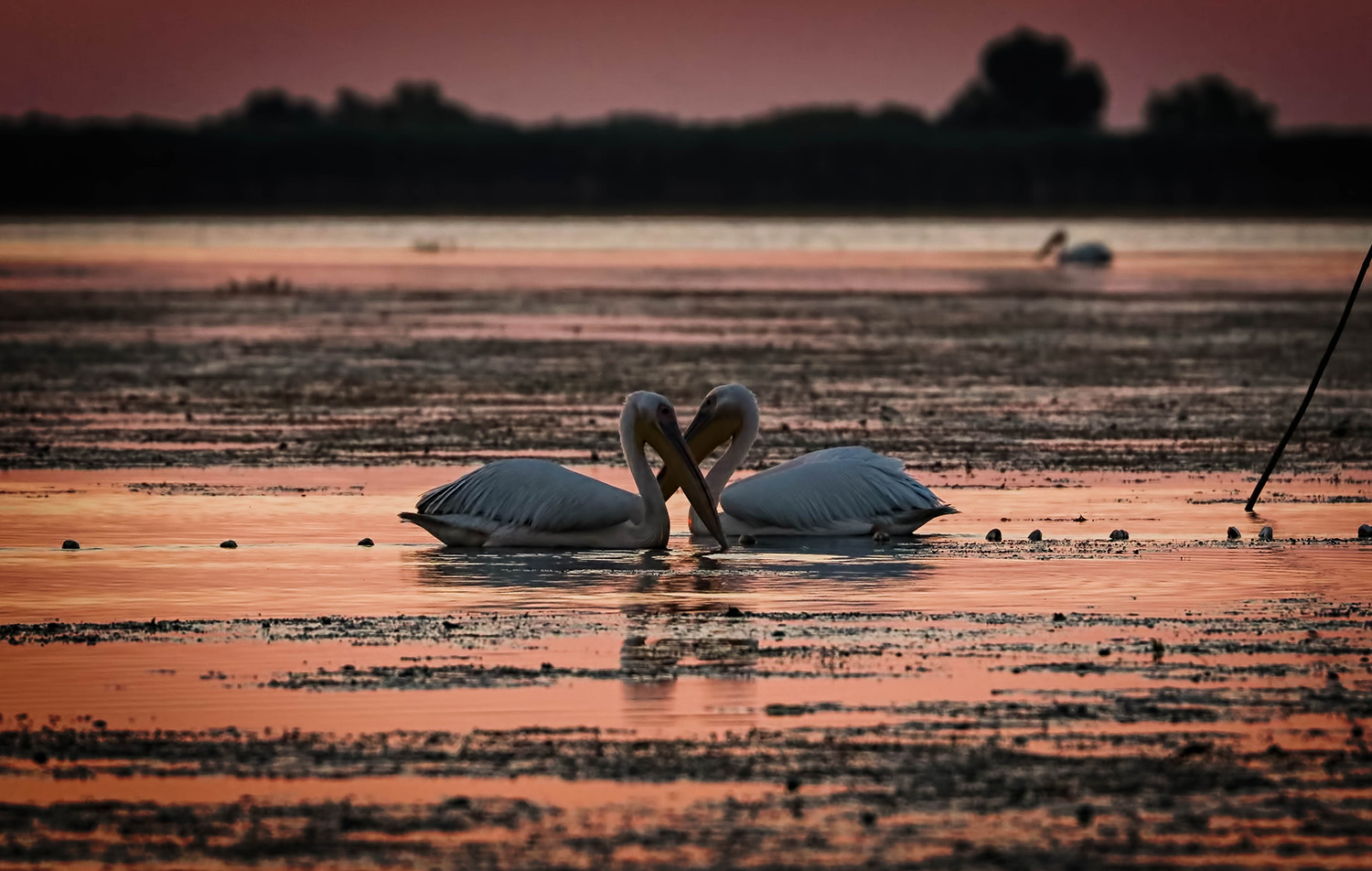 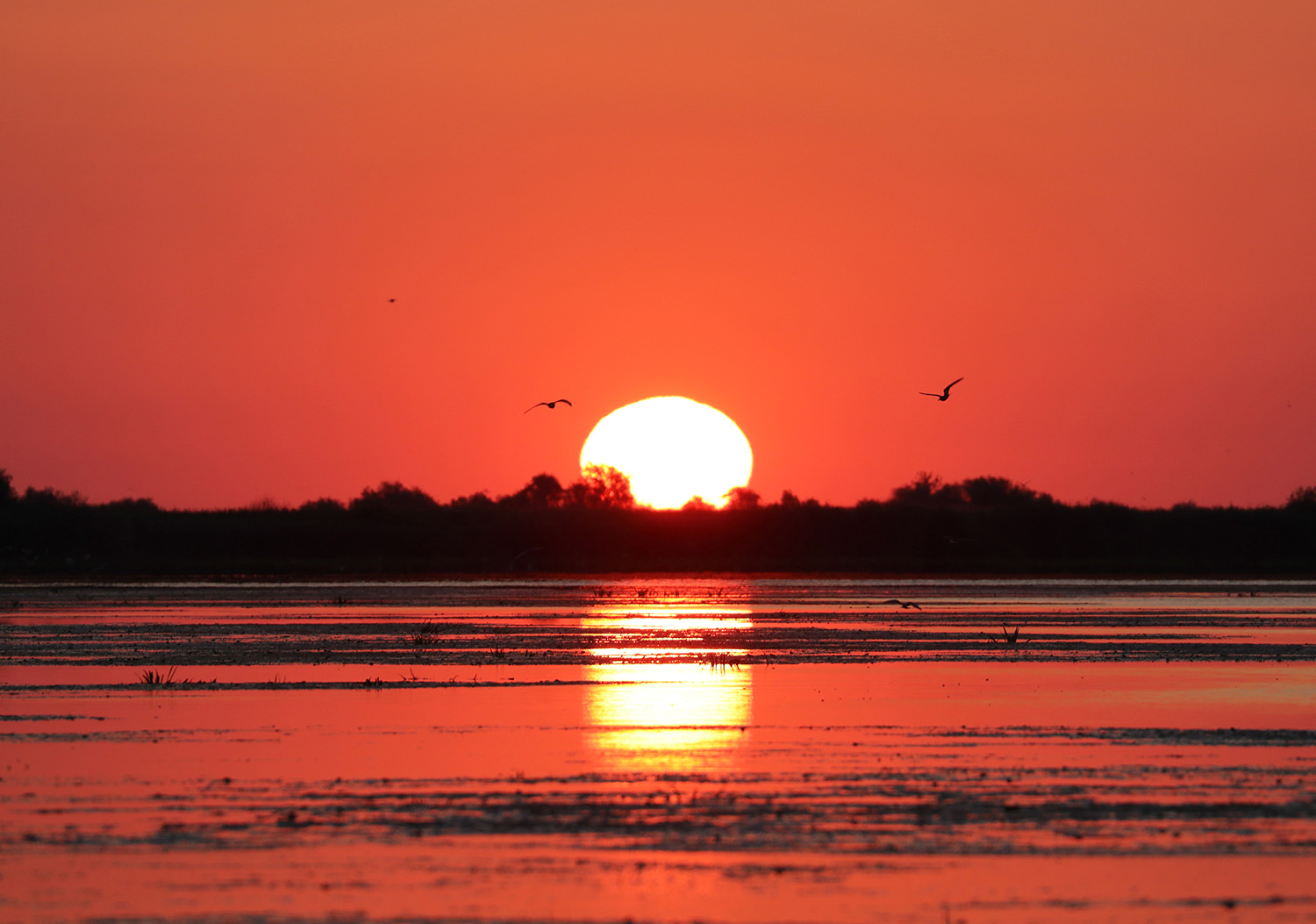 I couldn't believe that there is such an amazing place filled with wildlife in my home country! To think that I lived in Romania for 23 years and I have never visited this place during that time! I am so happy I decided to visit the Danube Delta and I really wish I will visit again with better equipment!