I haven't heard that much about the Saimaa seal before actually researching it myself. Probably the first time I have heard about it was when I joined WWF as a "godmother" and donated some money for their cause. They sent a magazine where they were talking about one of the most endangered seals in the world, the Saimaa seal. I was surprised to hear that something like this can happen in Finland, but I guess people can drive animals to extinction even here.

The Saimaa seal was mostly regarded as a pest by Finns because it was believed to interfere with the fisheries in the area. In 1734 Sweden gave a law where everyone was allowed to kill the Saimaa seal. Soon after that the Finnish Fishing Association started to give money as a reward for killing the Saimaa seal. The payout for killing these animals stopped in 1948, but the seals were still legally hunted until 1955.

In 1955 the Saimaa seal was declared highly endangered and was protected according to Finnish law. Unfortunately poachers were still hunting the seals until 1980, when a shift in mentality began.

Around 1980s there were only between 100 and 150 individuals of Saimaa seal left in the wild. Thanks to efforts of conservation and WWF campaigns the Saimaa seal population has been growing and now it is estimated to be around 400 individuals.

After reading all of this I became more and more curious about the Saimaa seal and I really wanted to go and see it. After searching on the internet I discovered that SaimaaHoliday Oravi is organising seal safaris and that the best time to see the seals is at the beginning of May. I read this article in August, so I had to wait almost one year before going.

Just before I left there was a late, heavy snow and I almost cancelled my trip because I had already switched to summer tires. Luckily for me I didn't and the sun actually came out later on during the day.

As the name suggests, SaimaaHoliday Oravi is situated in the small village of Oravi, about 4h 30min drive from Helsinki. Since it's a long drive to go there and back and it was pretty cold still, I decided to book one night in Savonlinna and visit Olavinlinna (Olavi's castle).

I arrived at the main place in Oravi around 14:00, I ate a pizza and then our tour began. We received a big coverall that kept us warm and protected us from the wind. I was the only foreign person in the group, but everyone was really friendly and they all spoke English just fine. Besides me, there was a big group of Finnish Biology teachers from Helsinki that were there to see the Saimaa Ringed Seal. They were really fun people and they had interesting stories to share. 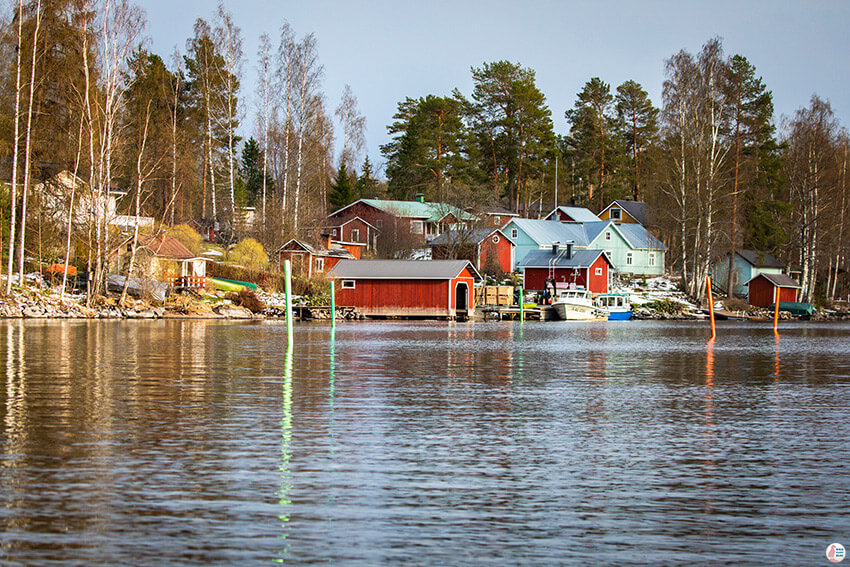 There were 2 guides and 2 boats, so we split up into 2 groups. Both guides seemed to be great nature enthusiasts and they seemed genuinely concerned about the seal's wellbeing.

We already spotted one seal on the rocks really close to Oravi. The guides were careful not to get too close to the seal because they didn't want to disturb it. I really liked this attitude, even if meant that pictures are not going to turn out so great. Luckily my camera renders a big image, with sharp focus, so I am able to crop. 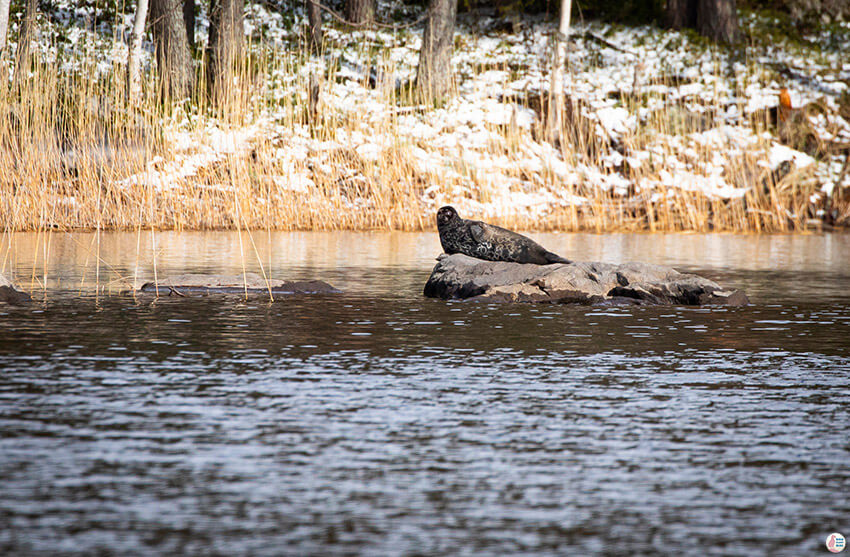 After this I was already quite happy cause now I knew that I at least managed to see one seal. After going around the islands, we spotted another Saimaa seal, resting on the lake ice. The place was in the shadow and it was rather dark, so it's not the best picture. 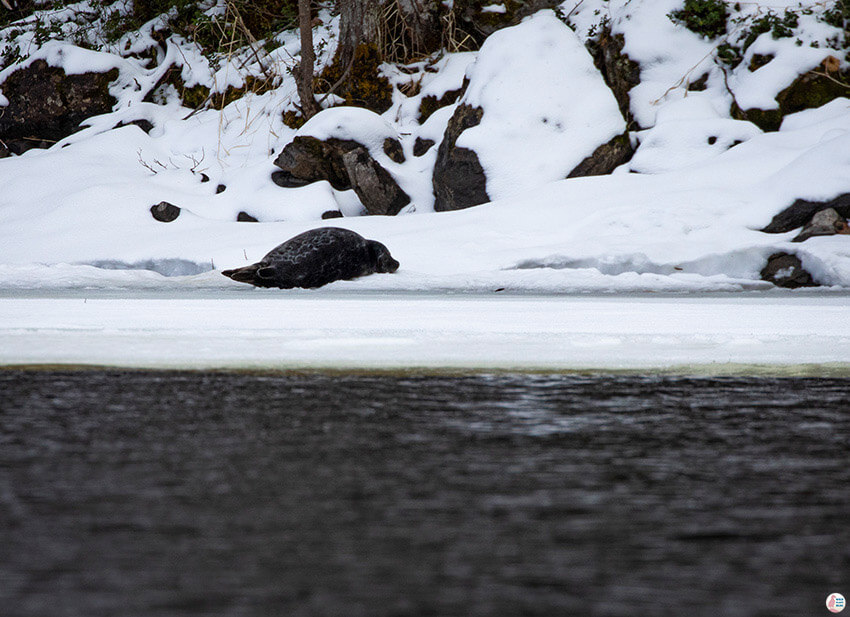 Afterwards we continued to look for seals and we spotted another on the ice. Here the channel was quite narrow and somehow we managed to get a bit closer without spooking it. 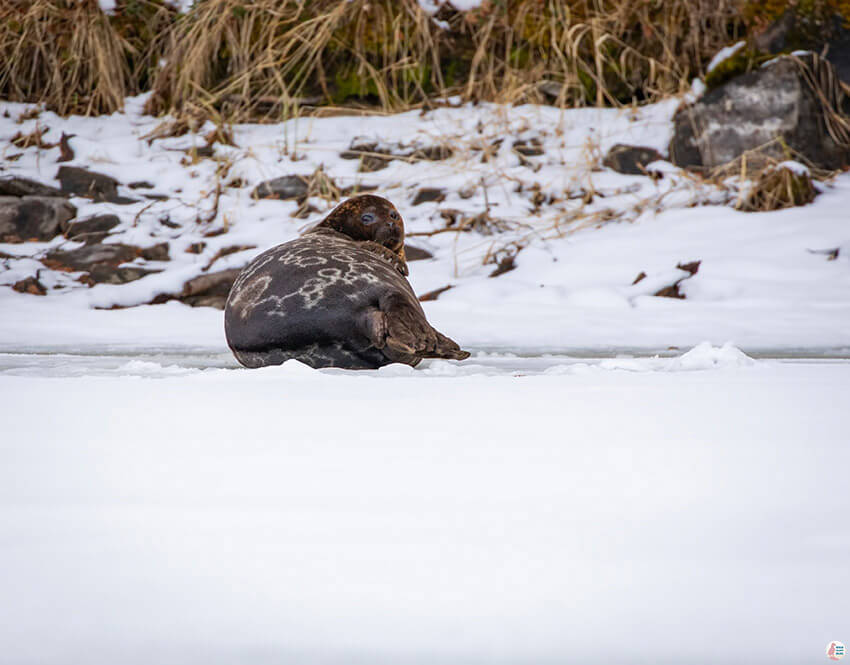 After this we went on a small island, joined the rest of the group and we had coffee, tea and buns. The coffee was made on fire, which they lit up on the island (in a special fire place) and it was served from very traditional wooden cups, called Kuksa in Finnish. Here I actually managed to talk a bit more with one of the guides, who was a real nature person. Seems that he studied engineering, however he decided in the end that he doesn't want to be stuck in an office the whole day, so he chose to be a nature guide instead. He mentioned that he was also doing photography tours in Lapland during the Aurora Borealis season and that he probably has the best job in the world! Being a software engineer myself, this person actually sounded really inspiring to me and his English was flawless. I also enjoyed talking with the Finnish biology teachers and I thought it's really great that they have such activities together.

After a great coffee and a good snack we went back to Oravi. On our way back we spotted yet another seal resting on the rocks really close to us. This one was very well camouflaged and we didn't even see it until we were really close to it. 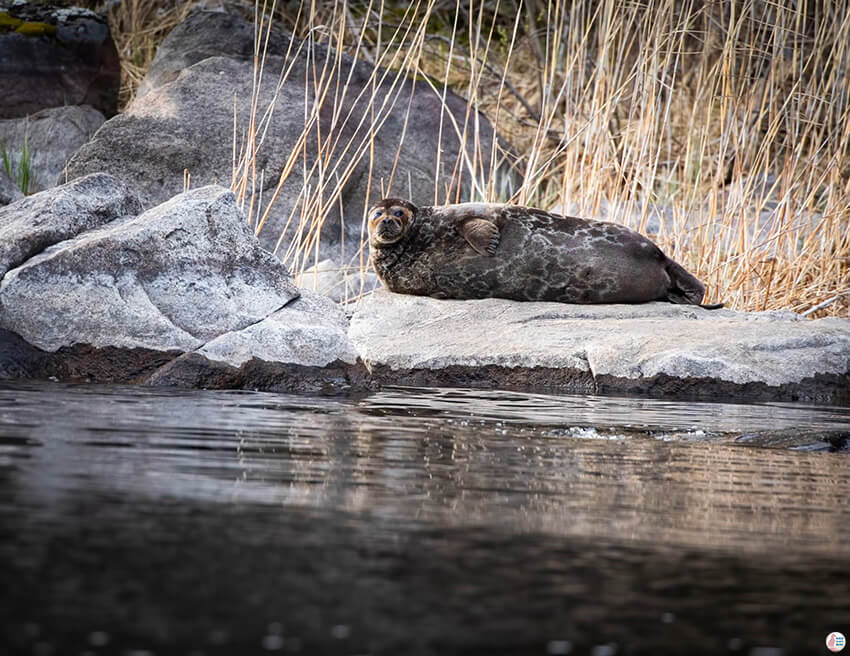 This was a really great tour and really good value for the money I paid. You can also rent a nice cottage from them where you can spend the night. The biology teacher group was staying at these cottages from the picture below. They looked really nice!

I had my reservation in Savonlinna, so I started driving towards the city. Savonlinna is about 37 minutes drive from Oravi and my hotel was close to Olavinlinna. The hotel I stayed at is called Hospitz and it's a family hotel, very comfy, with really friendly staff. Everything was clean and the fact that the people that greeted me at the reception and at breakfast were so friendly made me really happy with my choice. The staff told me that the Saimaa seals might pop out of the water even in the city and it looks like nowadays everyone there loves the Saimaa Ringed Seal. you can book the hotel via booking.com.

On my way from Oravi to Savonlinna I saw and photographed common cranes by the side of the road and whopper swans. The cranes were displaying courtship dances and this just added a little more to my great experience around Lake Saimaa. 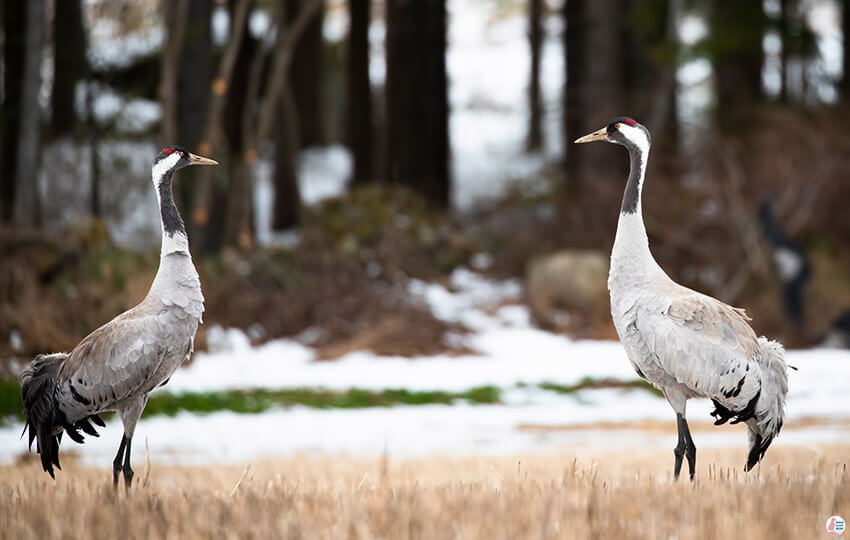 I had the most unusual weather while being in Savonlinna, it was snowing in May, with big flakes, something that I haven't seen not even in the winter time. After having a nice dinner at restaurant Majakka, I went to take pictures of the castle. The snow stopped, there was absolutely no wind and I got a great evening with the view of the castle all to myself. 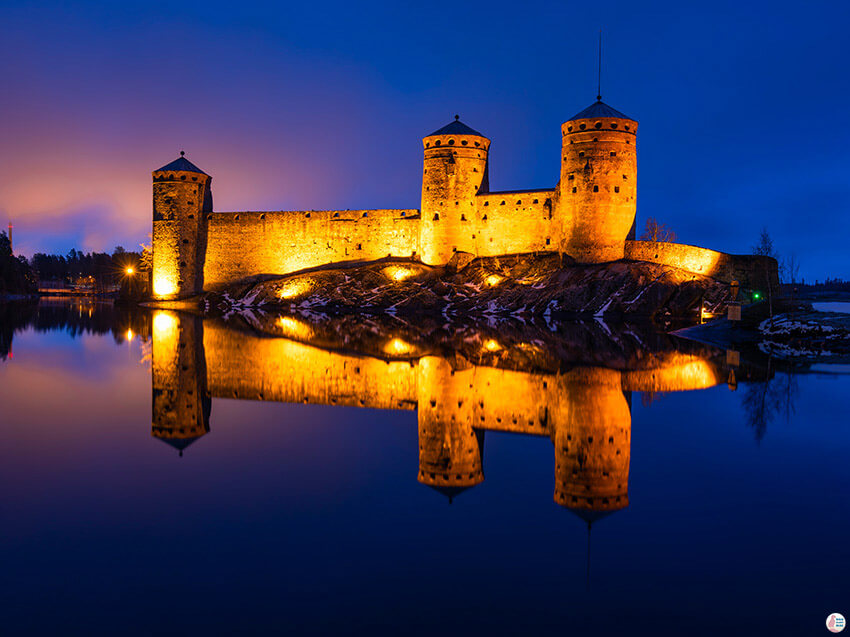 The next day I woke up very early, when there were no people around, and even took a few aerial shots of the castle. 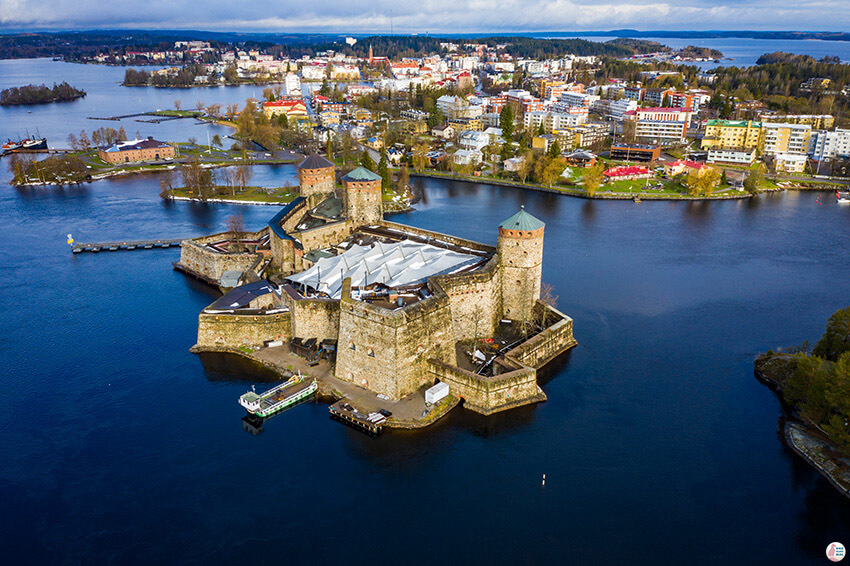 The trip to Lake Saimaa, photographing the Saimaa Ringed Seal and Olavinlinna castle was a really great weekend. And to even think I almost cancelled...

You can book the seal safari and lots of other activities around Oravi from SaimaaHoliday Oravi pages.