Atlantic puffins are my favourite birds and I have made it my passion to visit all possible places where I can see Atlantic puffins around Europe. The small island of Bleiksøya hosts a small population of Atlantic puffins and while visiting Northern Norway, I just had to make a detour through Bleik in order to see them.

You can see the puffins from late April to mid August, while they come to the island to breed. I visited Bleik in mid August and luckily there were still quite a lot of puffins left, but if you visit a bit earlier, you might see lots of other sea birds as well.

You can book your puffin safari from http://www.puffinsafari.no/en/puffin-safari by sending an email to "booking@puffinsafari.no". The contact details are in the footer of the website. The puffin safari lasts around 1,5 h and, in 2019 when I visited, it costed 500 NOK/adult (around 50 €) and 300 NOK/child.

The safari starts from Bleik harbour, on a small fishing boat called "Laura". While in the harbour you can admire the nice beach and mountains around Bleik village. 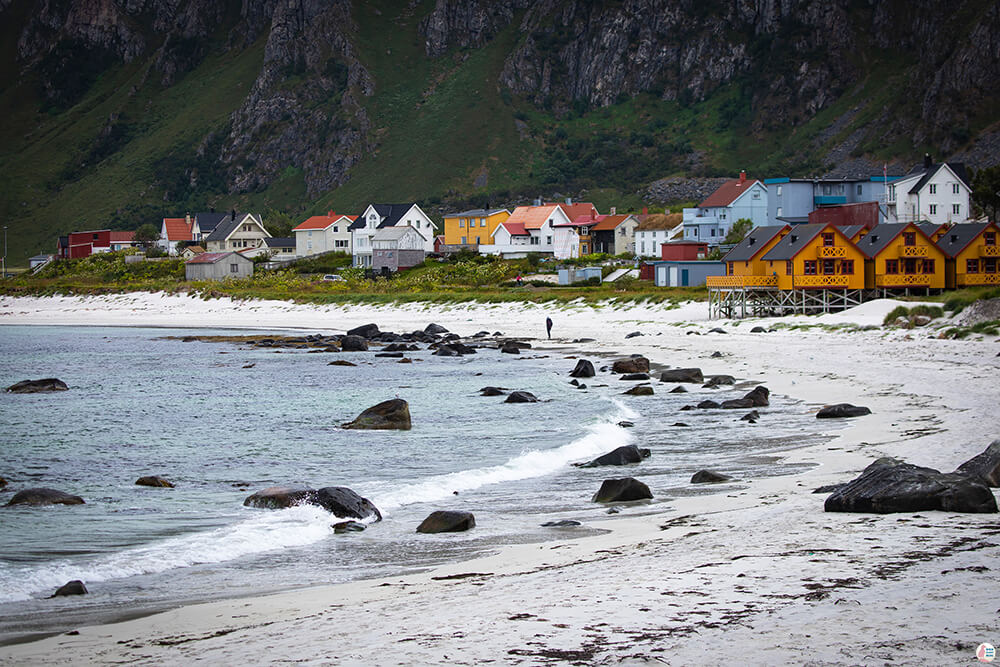 During our trip it was a bit windy and cloudy, but luckily not rainy. It was very difficult to take pictures with a telephoto lens from the boat, since the waves were moving the boat all the time, so it was difficult to focus.

Bleiksøya is more of a big rock than an island. I can imagine it's quite difficult to go by boat and land on the island, so during the whole safari we stayed on the boat. 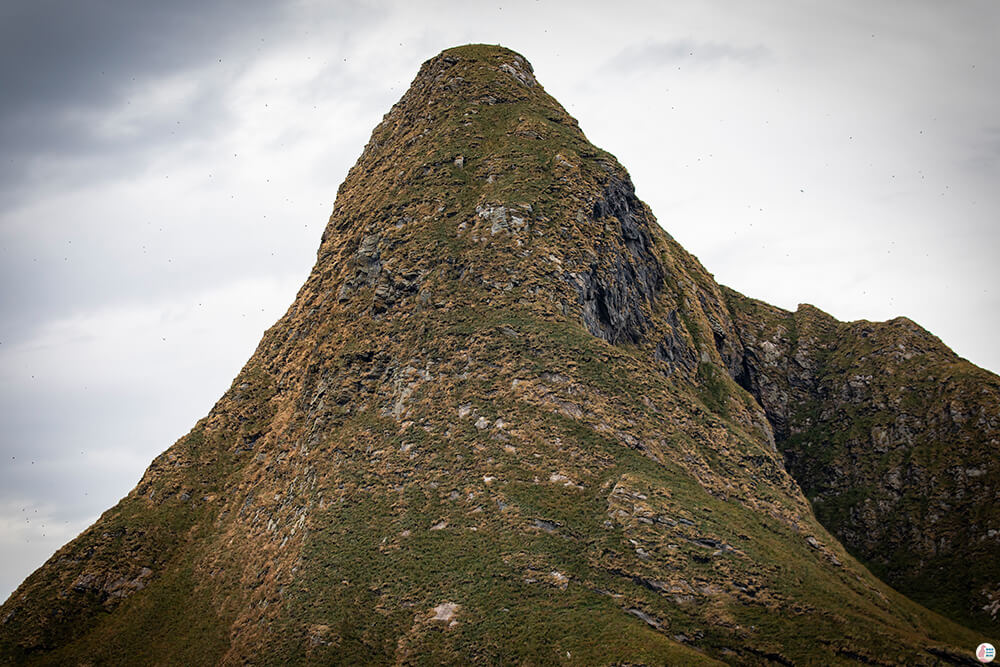 You will mostly admire the puffins that are in the water around the island, but, unfortunately, you'll not get too close to them like in other places that I visited, Scotland and Faroe Islands. 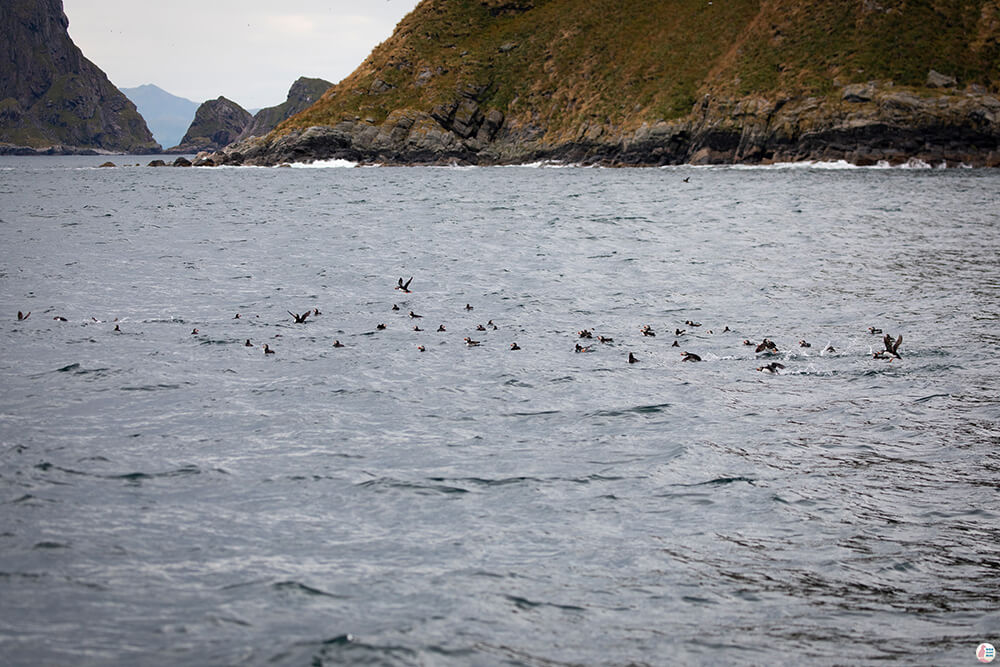 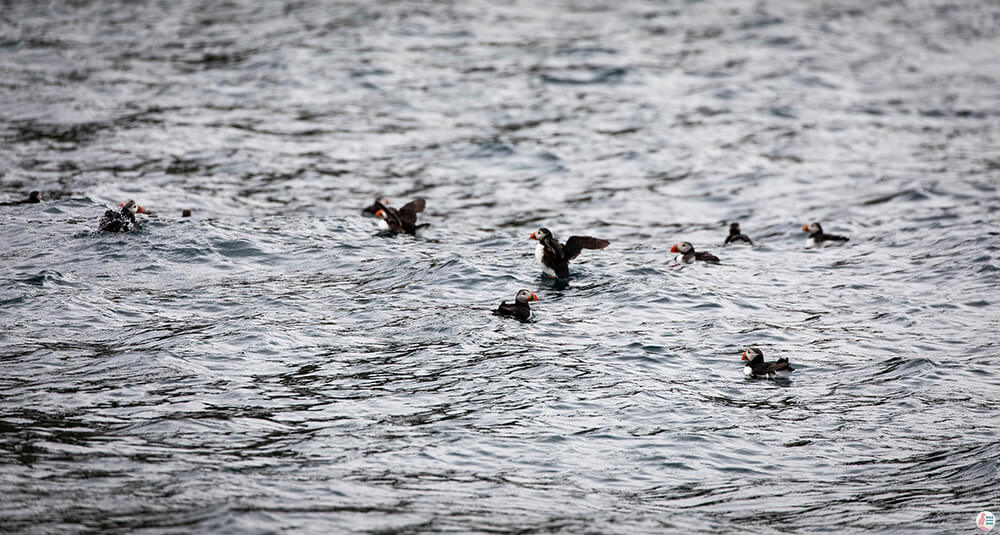 After around 10 minutes, we arrive close to the Bleiksøya bird rock, where we can spot some eagles as well. Unfortunately for the puffins, the eagles are here to hunt them. Besides eagles, there are also gulls and skuas who are tackling the puffins to drop the fish that they caught. 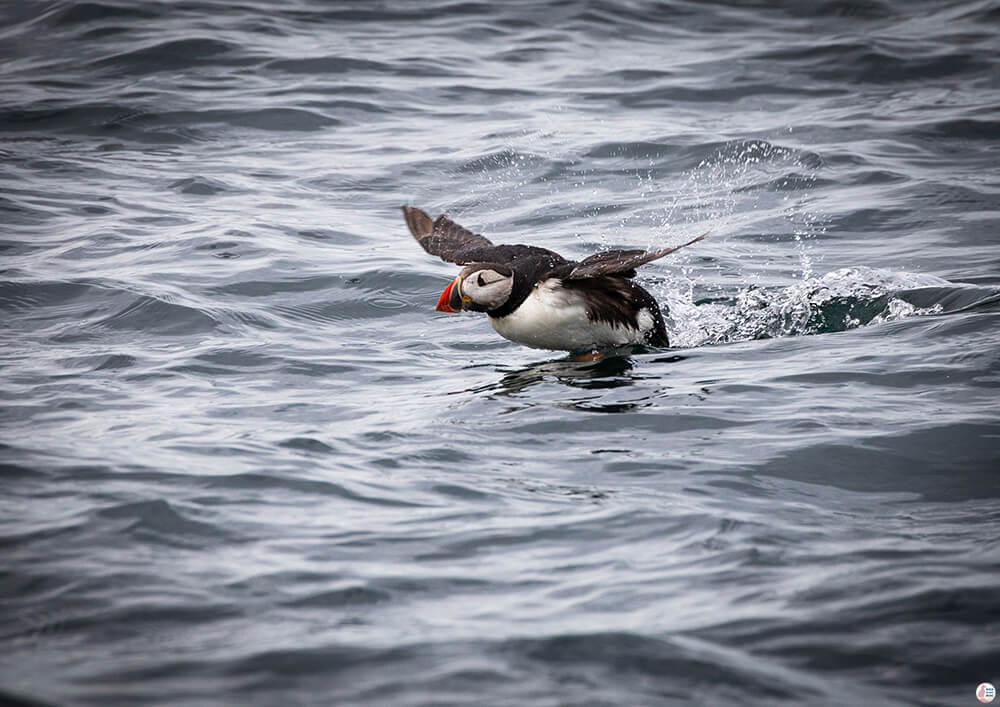 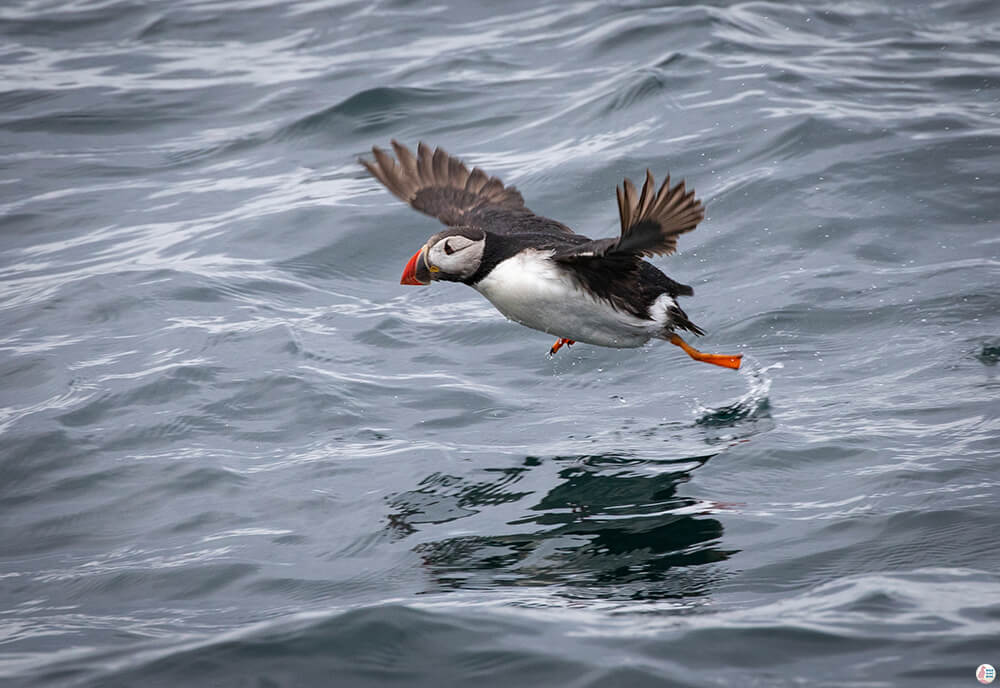 After a while, one of the crew members drops some fish remains into the sea and starts calling the eagles. This was a really nice surprise, considering that I booked a puffin safari, so I wasn't expecting to see eagles up close!

As soon as the man started calling two eagles, a juvenile and an adult started to circle the boat. 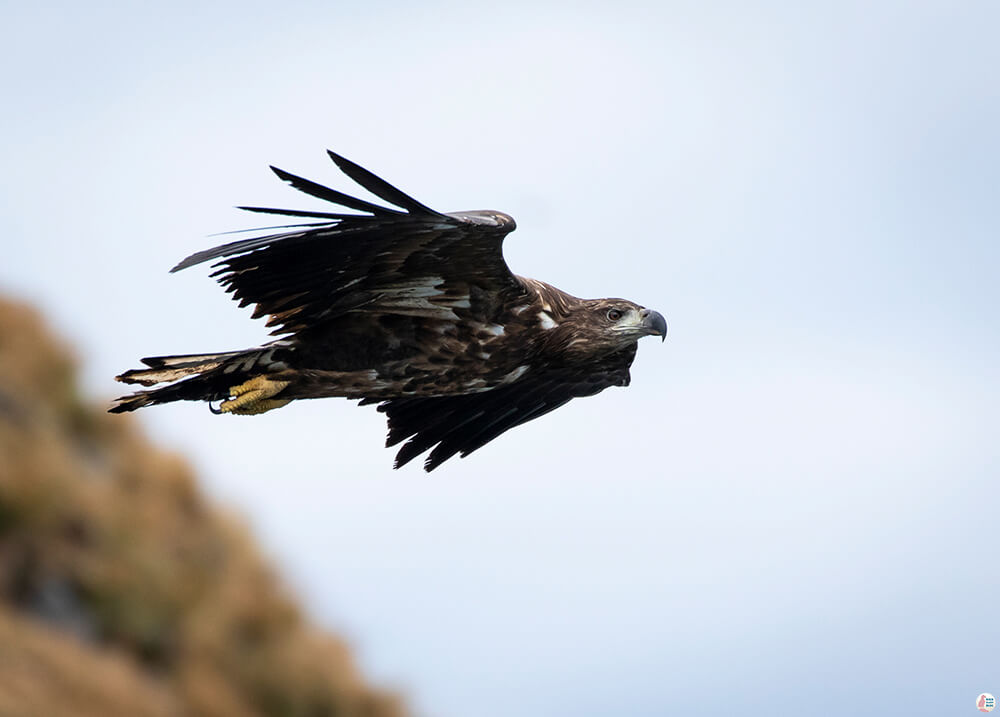 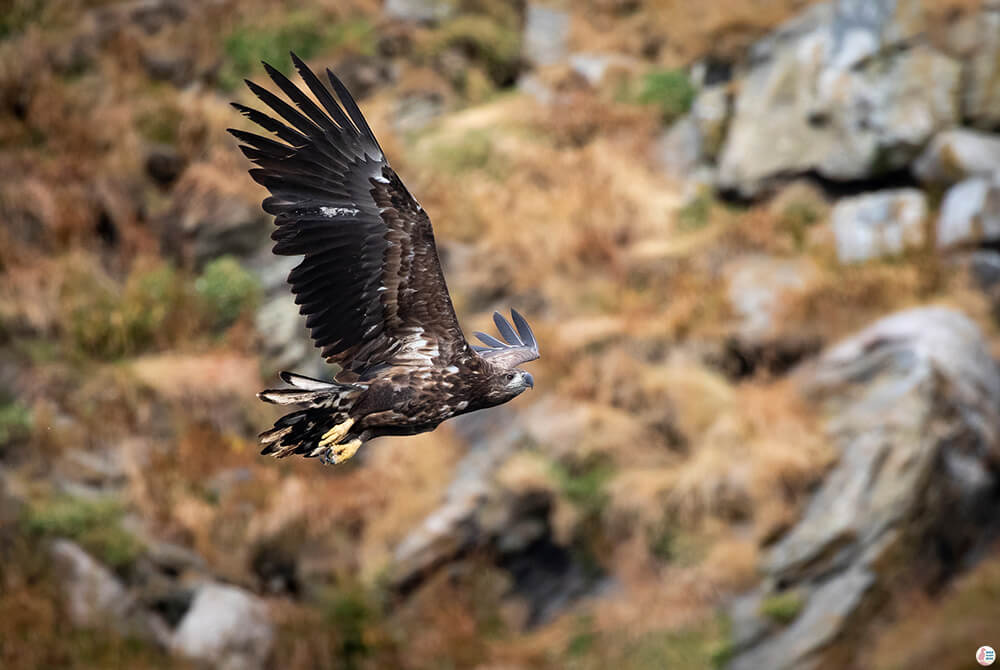 The juvenile eagle dives for the fish remains, while the adult eagle still circles the boat. 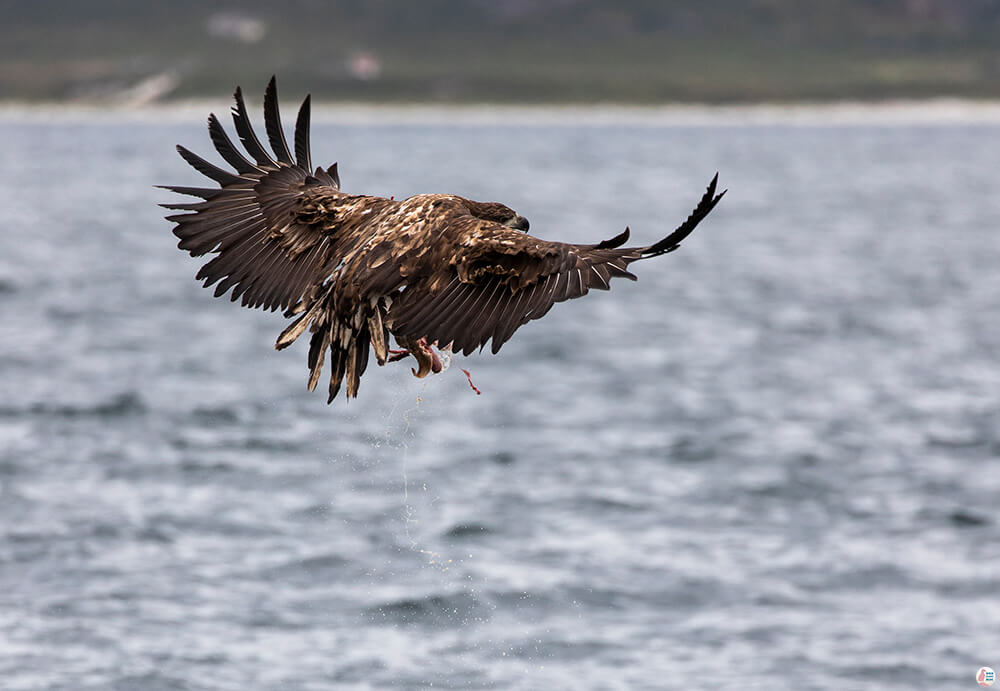 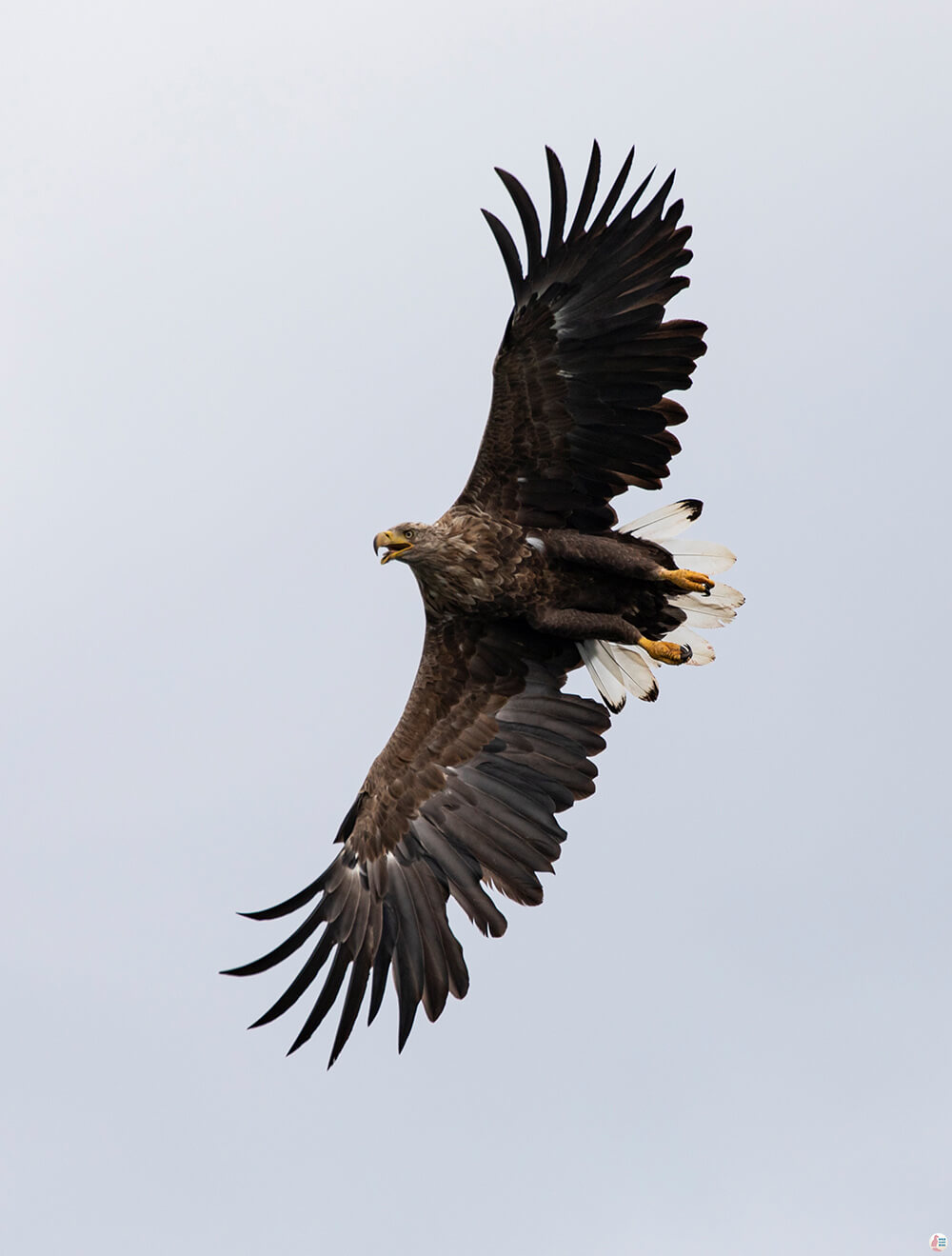 After the eagle show, we head back to the harbour, while admiring more puffins. By now it seems that they got used to the boat, so they weren't so eager to fly away so fast, letting me take a few closer shots. 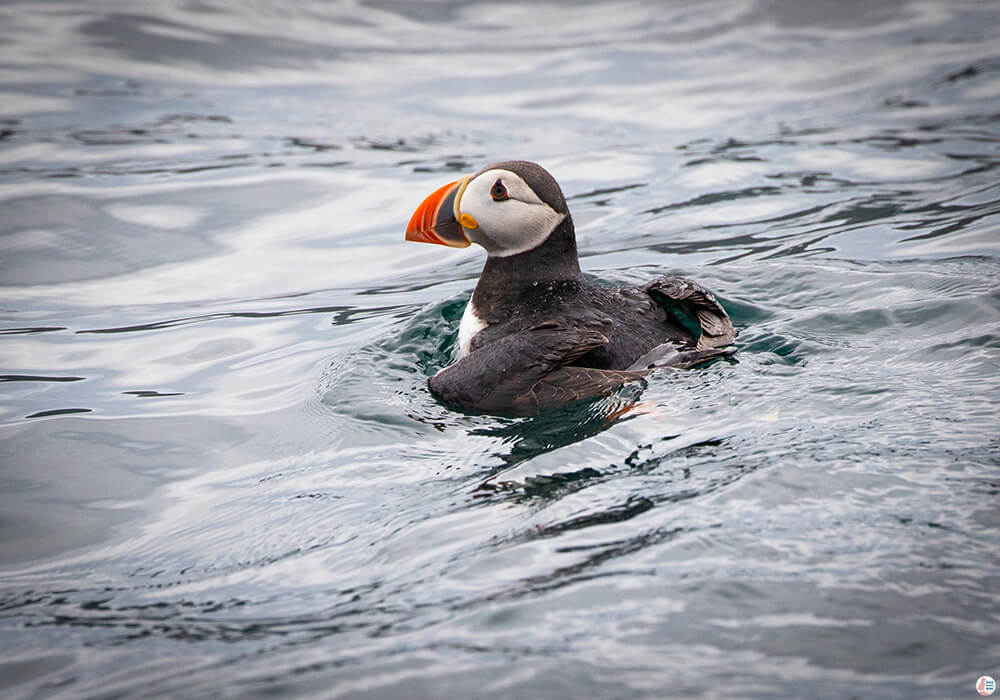 On the way back you can see guillemots and little cormorants in the water and flying around. Maybe if you visit a bit earlier in the summer you can see also shags and razorbills. 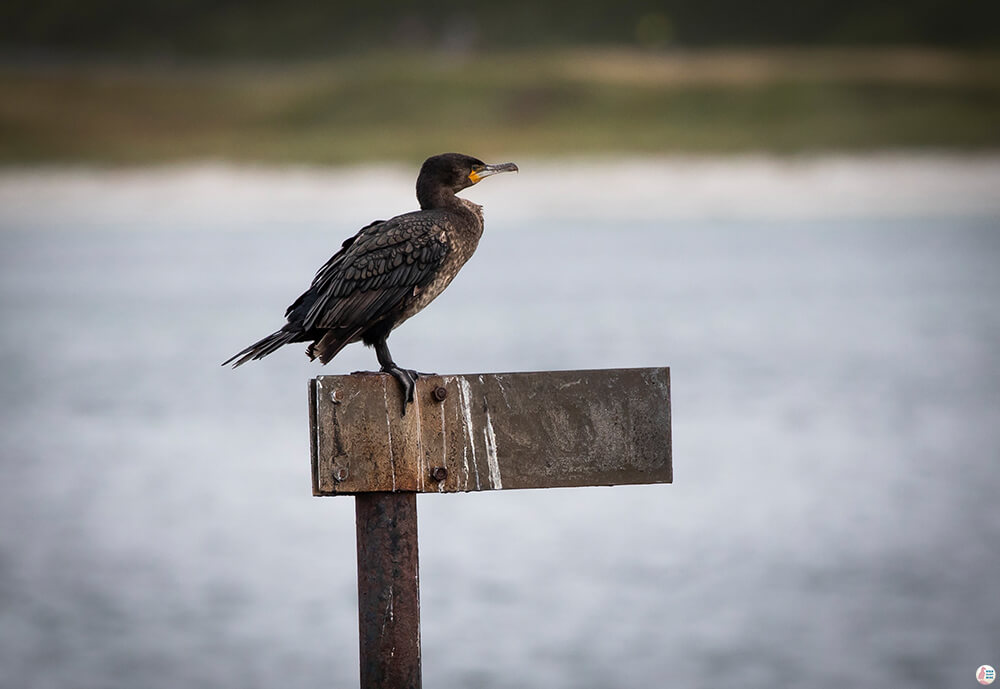 The puffin safari was a really nice way to spend the time in Bleik and even though I was a bit disappointed because I didn't get so close to the puffins, the eagles flying so close to the boat definitely made up for it.

It was also really nice to see the cliffs towards Måtinden peak, which I had the pleasure to see from above the previous day when hiking to Måtinden. 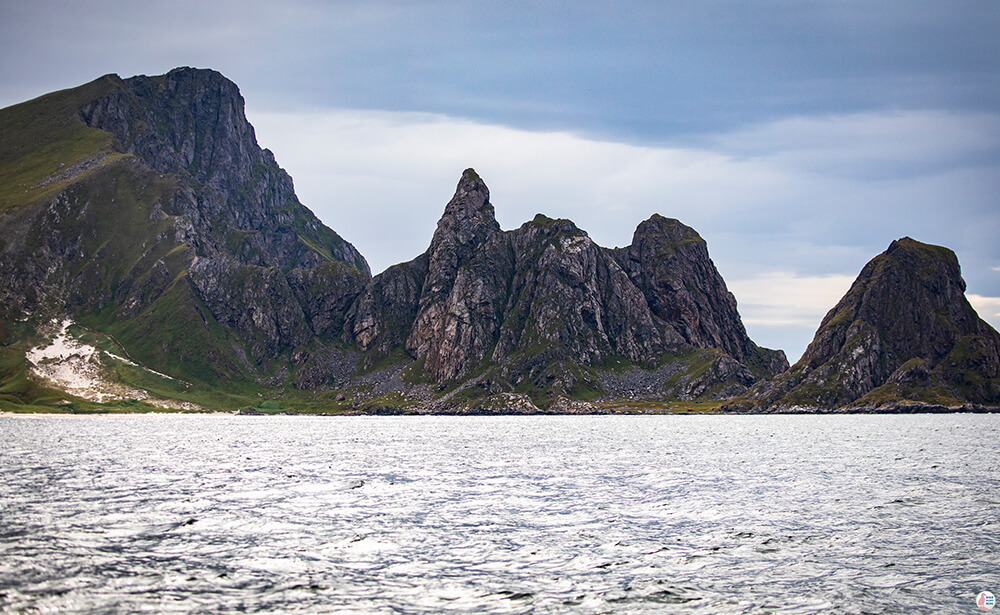