Nordkapp (North Cape) is very popular for its midnight sun, however, travelling in August, after a few rainy days, I was very lucky to see the most beautiful sunset I have ever seen so far. The whole sky was red! The real beauty was a bit away from the most popular place...

The first day after arriving at Nordkapp was very dark and gloomy and I was only going to stay here for 3 nights. I was afraid that the rainy weather will persist for the whole time I was here and I wasn't going to enjoy my stay that much. The first day and part of the second day we mostly stayed in the cabin admiring a white reindeer that was grazing in front of our windows. The evening of the second day we went hiking to  Kirkeporten while still a bit rainy and cloudy. Luckily on our last day before departure the weather turned and a beautiful sunny day finally arrived. During the day we went to Gjesværstappan bird cliff on a puffin safari and then in the evening we went to the North Cape Plateau.

To enter the North Cape Plateau, where the famous globe monument is located, you have to pay an entrance ticket for the car parking and the passengers. The ticket grants you access to the Nordkapp Panoramafilm, Historical exhibitions and the Cave of Lights. There is also a restaurant where you could enjoy dinner and watch the midnight sun. The ticket for one adult person costed 260 NOK, which is about 25 euros.

I visited the North Cape during corona time in August 2020, so there were not so many visitors. I managed to get pictures of the globe with no people 😃 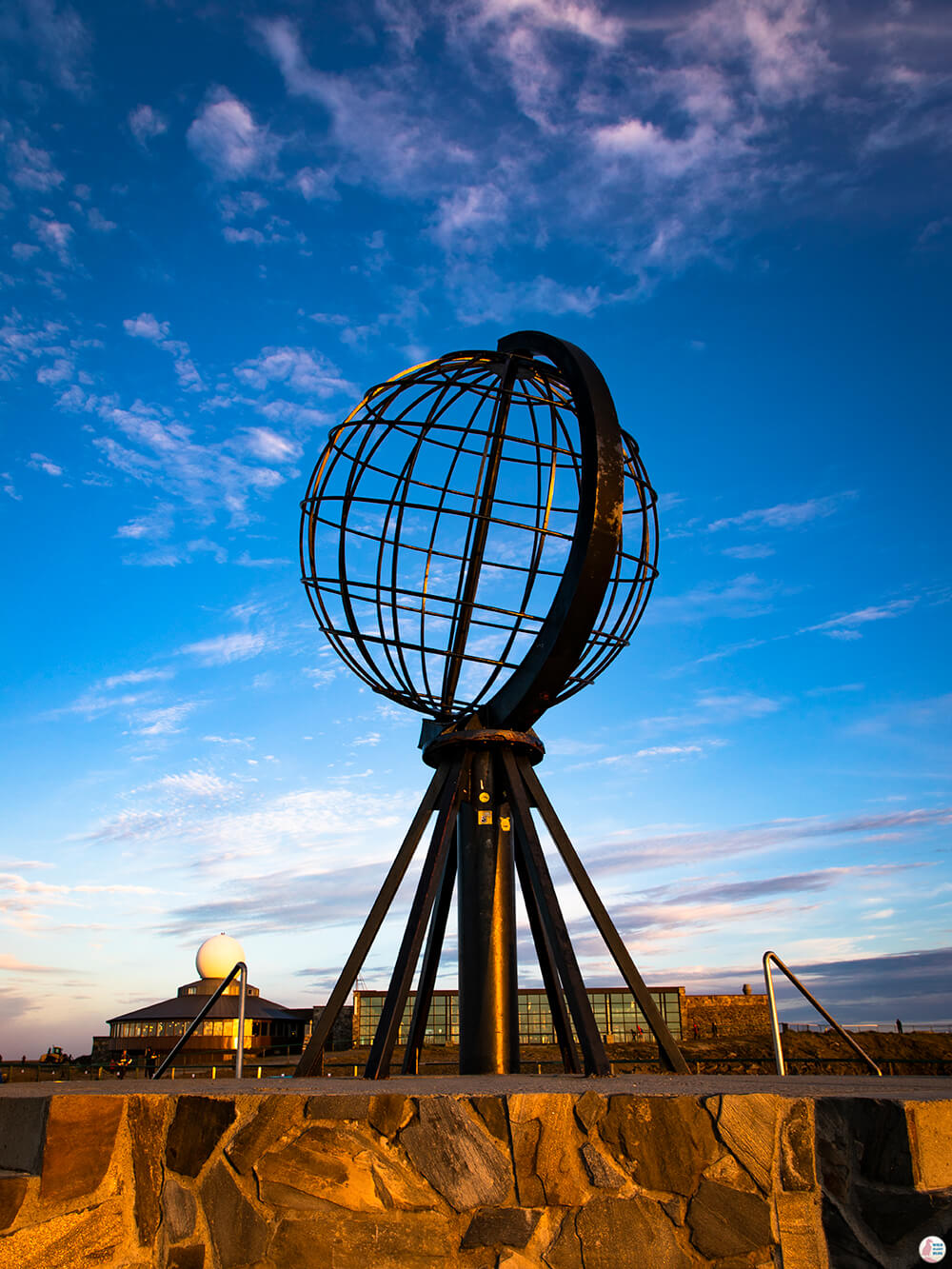 Due to the harsh wind I did not have the courage to fly my drone. It could have not probably withstand such winds for long, even though the power of a Mavic Pro 2 did surprise me in Iceland, where it encountered similar winds. The difference was that here I was surrounded by tall cliffs and an ocean and if I would have lost control it would have for sure been gone or worse, crashed in someone's car.

Anyway, I made my peace with the fact that there will be no drone videos of the globe from the moment I stepped foot outside the car. The wind was chilling and I should have definitely put some long underpants, even though my pants were quite thick already and windproof. When visiting the North Cape make sure that you have enough clothes and especially a good beanie and a hood that can withstand high winds.

The wait for the sun to set was a really long one. When I visited, the sunset occurred around 23:20, so I had plenty of time to check around and take pictures. It was weird that there were only a few people there because usually in the pictures I see on the internet of the North Cape globe there are quite many figures around. This time it was quite silent, but I couldn't complain. I like silence. 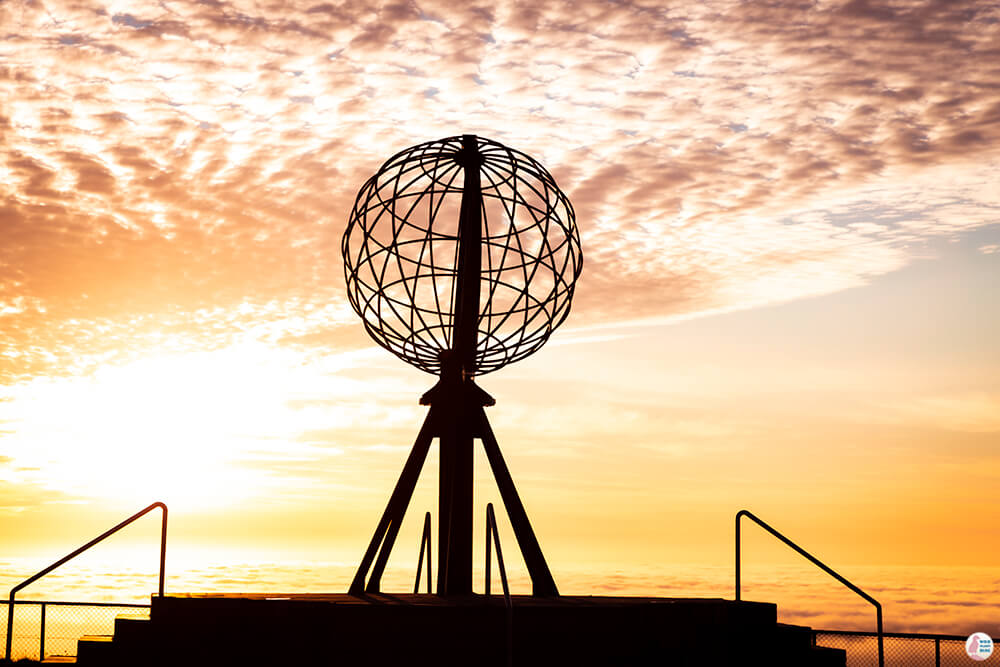 The cliffs around the North Cape are very impressive, as tall as 307 meters, rising straight from the Arctic Ocean. It is quite a sight in almost all directions! 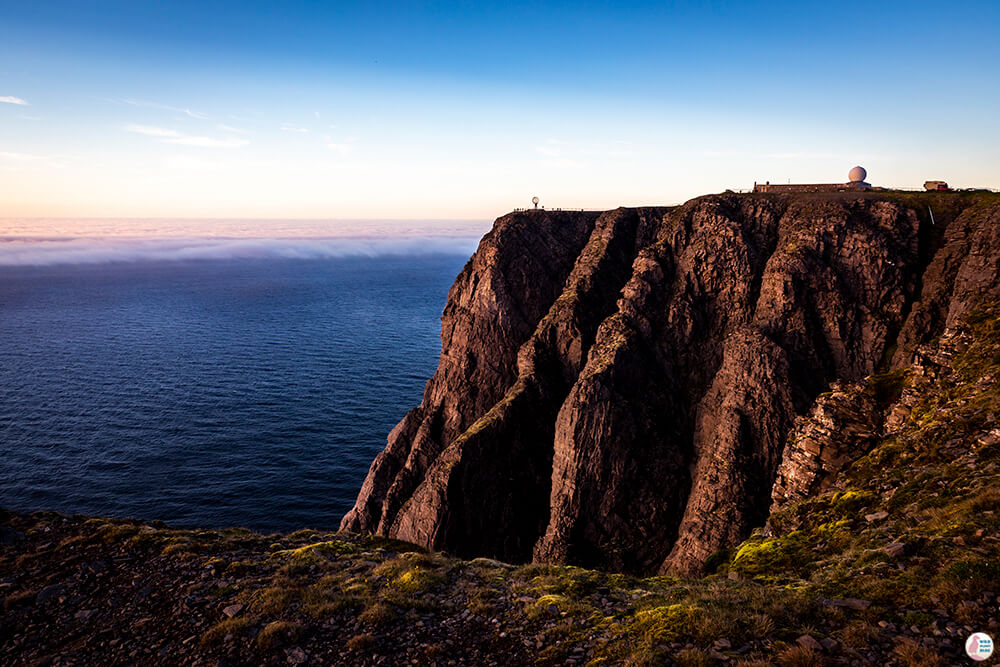 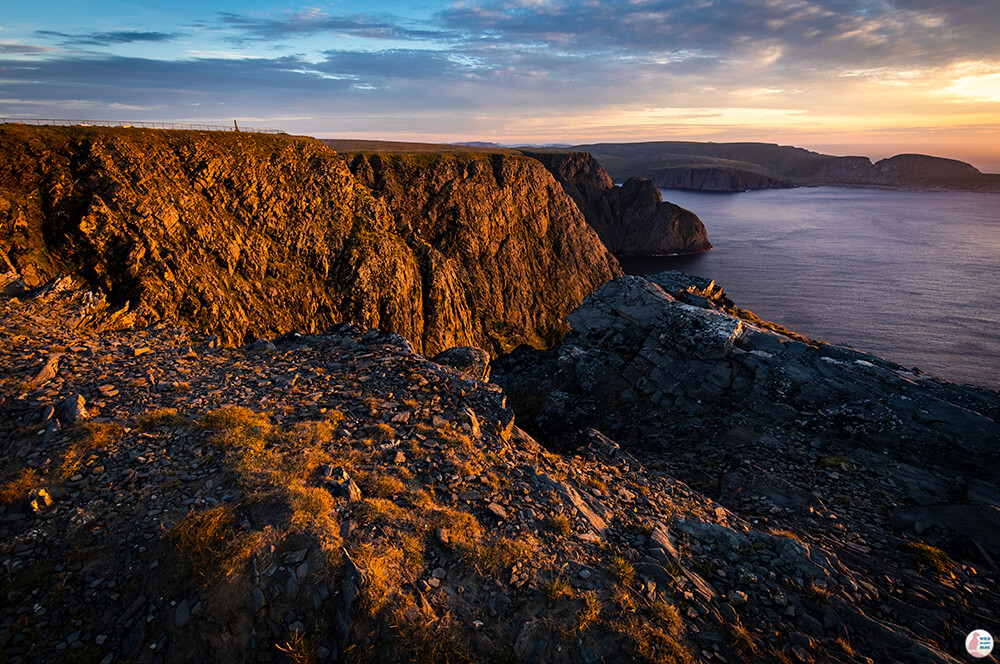 On the other side of the globe there are impressive statues, which represent the "Children of the World", a beautiful sculpture at the "end of the world", where you wouldn't expect to see one. 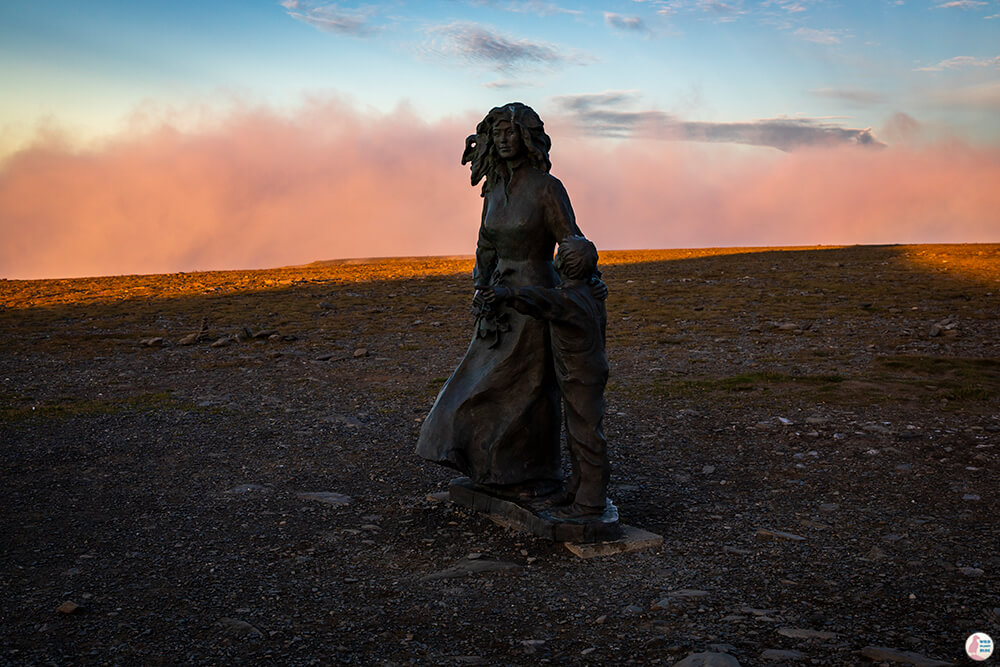 The "Mother and Child" sculpture was created by sculptor Eva Rybakken and the 7 disks were originally made by children 8 - 12 years of age, brought from 7 countries - Tanzania, Brazil, USA, Japan, Thailand, Italy and Russia - by Simon Flem Devold to visit the North Cape. The children made clay relief symbolizing friendship, hope, joy and working together. Later on these were enlarged and cased in bronze. 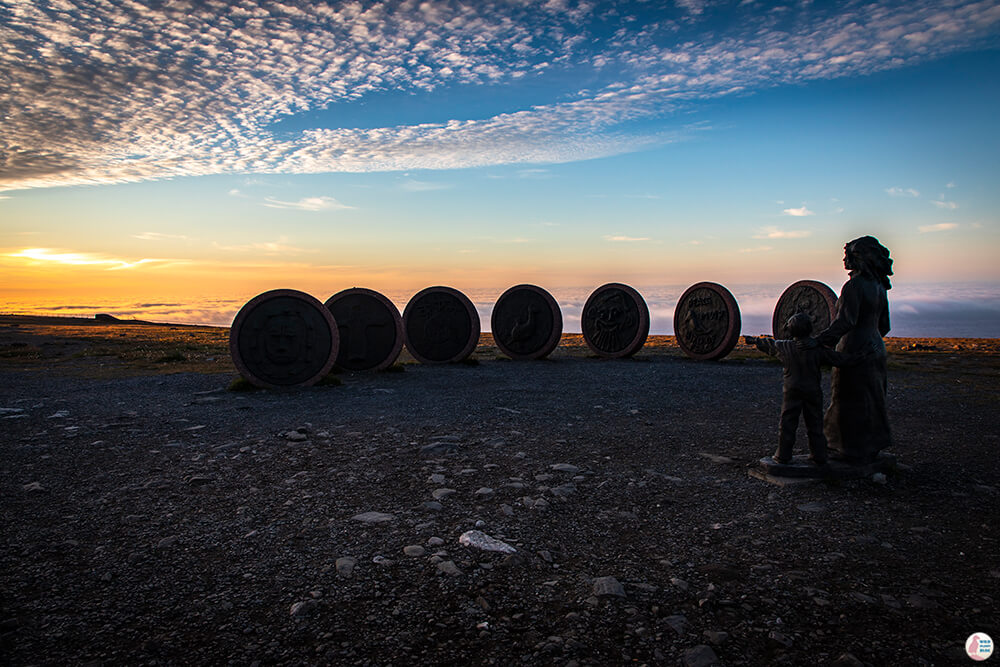 On this side of the North Cape the wind wasn't so hash, we could even find a place where it was even pleasant. 😃 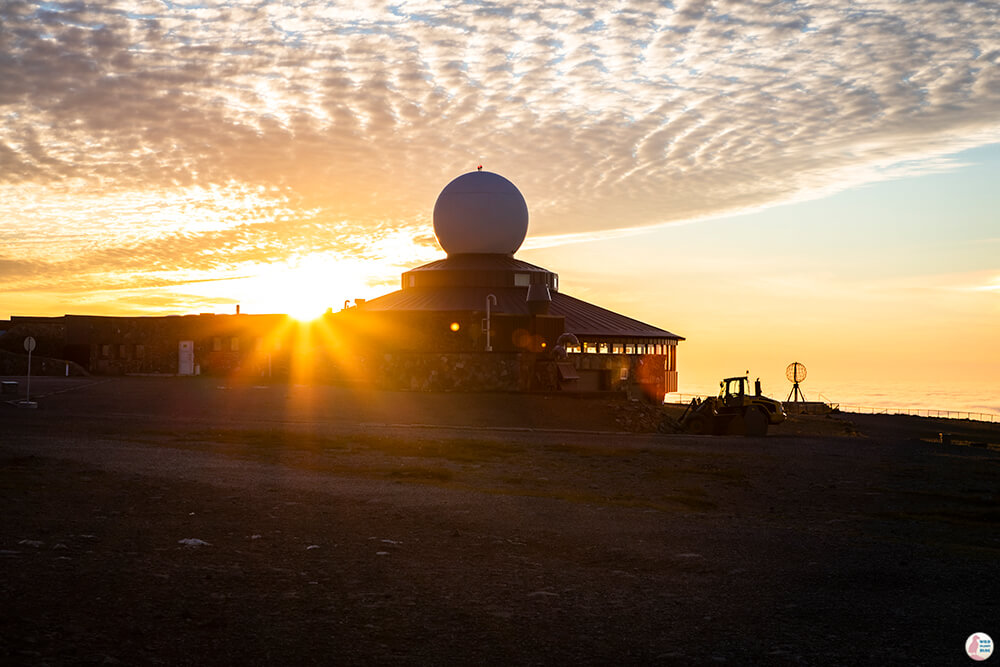 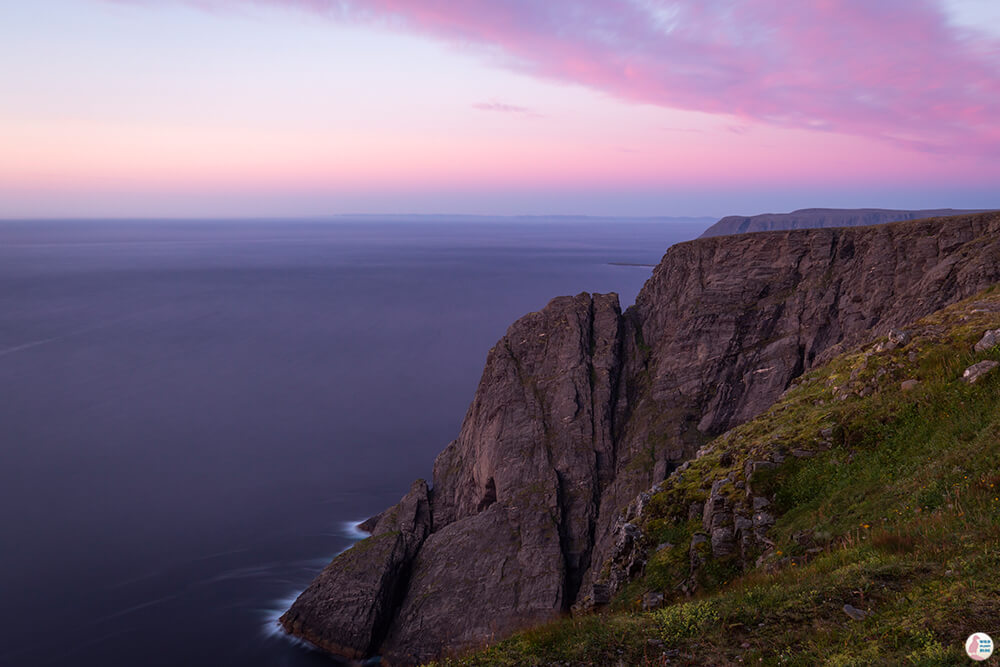 Even though during the day there was almost no cloud in sight, I got really lucky and a blanket of clouds formed while I was watching the sunset. I knew that this sunset might turn special, but I had no idea just how special.

I have been there in the wind for almost 4-5 hours and I was already getting a bit cold and tired. I was entering the building sometimes to warm up and then get outside again. Just when I decided to head back to the cottage, the sky started turning red.

The real beauty had just began and I ended up driving for 2 hours around Nordkapp, surrounded by the most amazing sky I have ever seen. I couldn't believe how lucky I was to be in this extraordinary landscape with this extraordinary light. The sky was on fire the whole "night", it was like nature was making up for the rainy days that we got when we arrived. 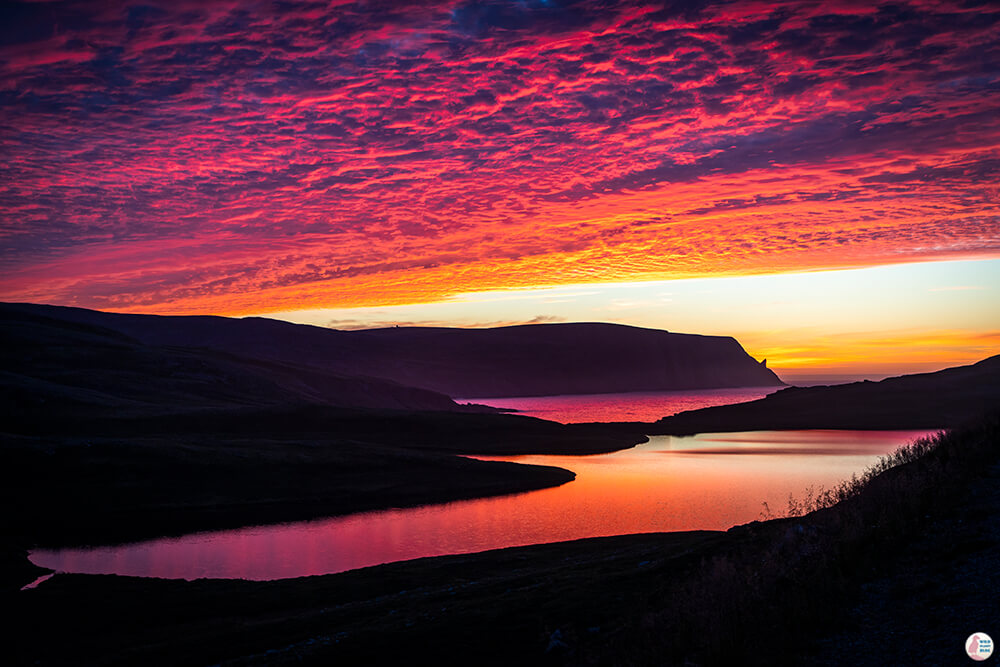 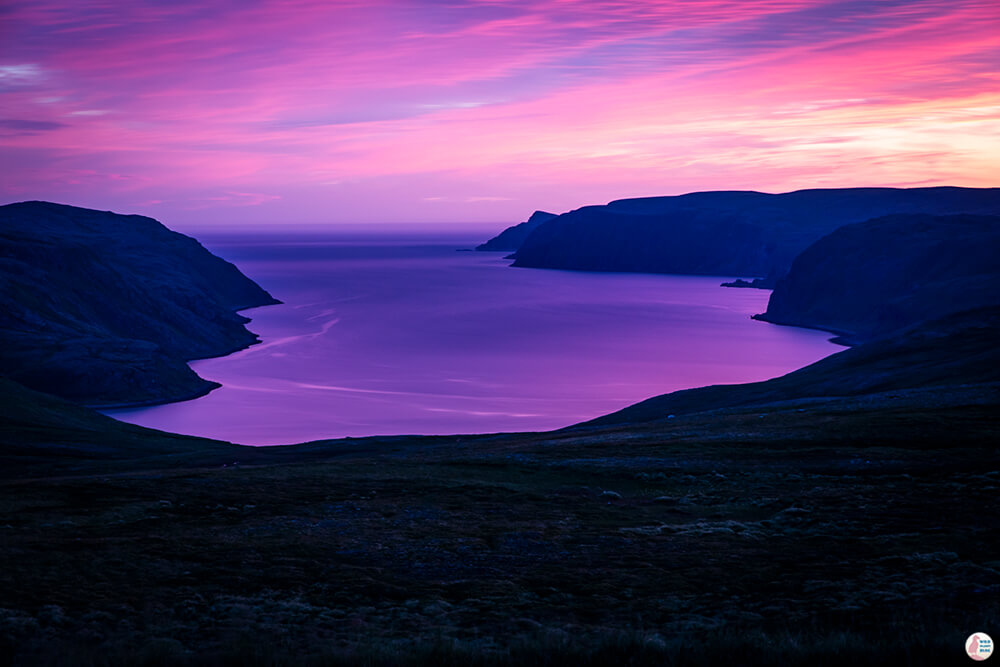 Driving alone on the roads of Nordkapp during this night was absolutely magical! This was my last night in Nordkapp and it was definitely the most amazing night of my whole 3 weeks trip to Norway. I ended up getting back to the cottage around 2 AM, despite a long drive the next day towards Senja. In retrospect I could have probably also hiked the 2 km to Kirkeporten to photograph it in this light, but somehow I got lazy and now I regret it.

The sunset at Nordkapp was a great experience, I was just really lucky to have stayed 3 nights instead of the original 2 that I had planned. Norway never ceases to surprise me!