I have lived in Finland since 2011 and I have heard so much about the amazing Lapland! Last year in September I decided to take the plunge and visit Lapland during the awesome autumn colours! Even with my bad luck of rain and clouds it still looked awesome and I will definitely return!

Lapland and ruska are a really big thing in Finland, everyone is talking about it. Lapland probably has most of the tourists coming here to see the Aurora Borealis in winter time, however the Finnish autumn is awesome for hiking and photography.

When is the best time to visit Lapland to see the autumn colors?

The best time variates a bit between the regions in Lapland and the weather during that particular year. It lasts only about 10 days and it's usually in the middle of September (from first week to third week).

We left from Helsinki in the second week of September, driving my own car and I spent some time in Inari (Kakslauttanen) and in Muonio, next to a lake called Toras-Sieppi.

First day we drove almost non-stop from Helsinki to Santa's Little Village, close to Rovaniemi. It took me in total 12 hours get to Rovaniemi and I arrived at mid-night. I could see a glimpse of the Aurora, however almost immediately after we arrived a huge cloud came and I didn't see the sun again for 5 days.

Santa's Little Village was a really cosy place, with great cottages, a sauna and a reindeer and husky farm near by. No snow in this time of the year :)

After a good night sleep we walked a little around and and then we started driving towards Kakslauttanen, Inari. On the way there were many places to stop to get some good pictures, however the clouds followed us until the last day.

We spend 2 nights in Kakslauttanen and we just walked around. We stayed in a beautiful cottage that we rented from Polar Aurora Cottages, with sauna, great interior, kitchen and an awesome view from the porch towards the Kakslauttanen river. Close by there were also the famous glass igloos from Kakslauttanen, from which you can admire the Northern Lights, while in your bed.

Next to Kakslauttanen there is a huge national park, Urho Kekkonen National Park with plenty of hiking trails and forest. We were a bit late for the true autumn colors, however it still looked great. 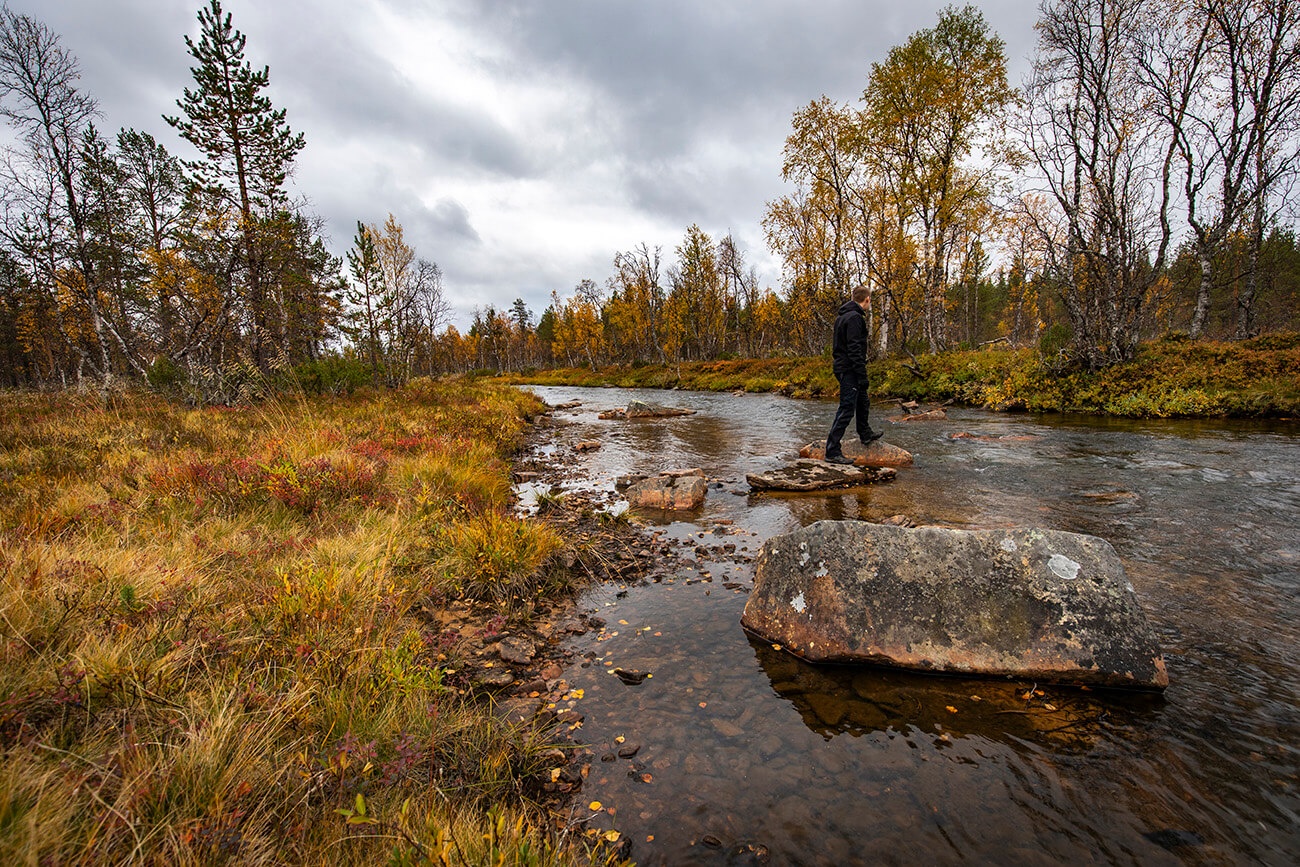 Around the river you can find dippers, lingonberries and lots of mushrooms. 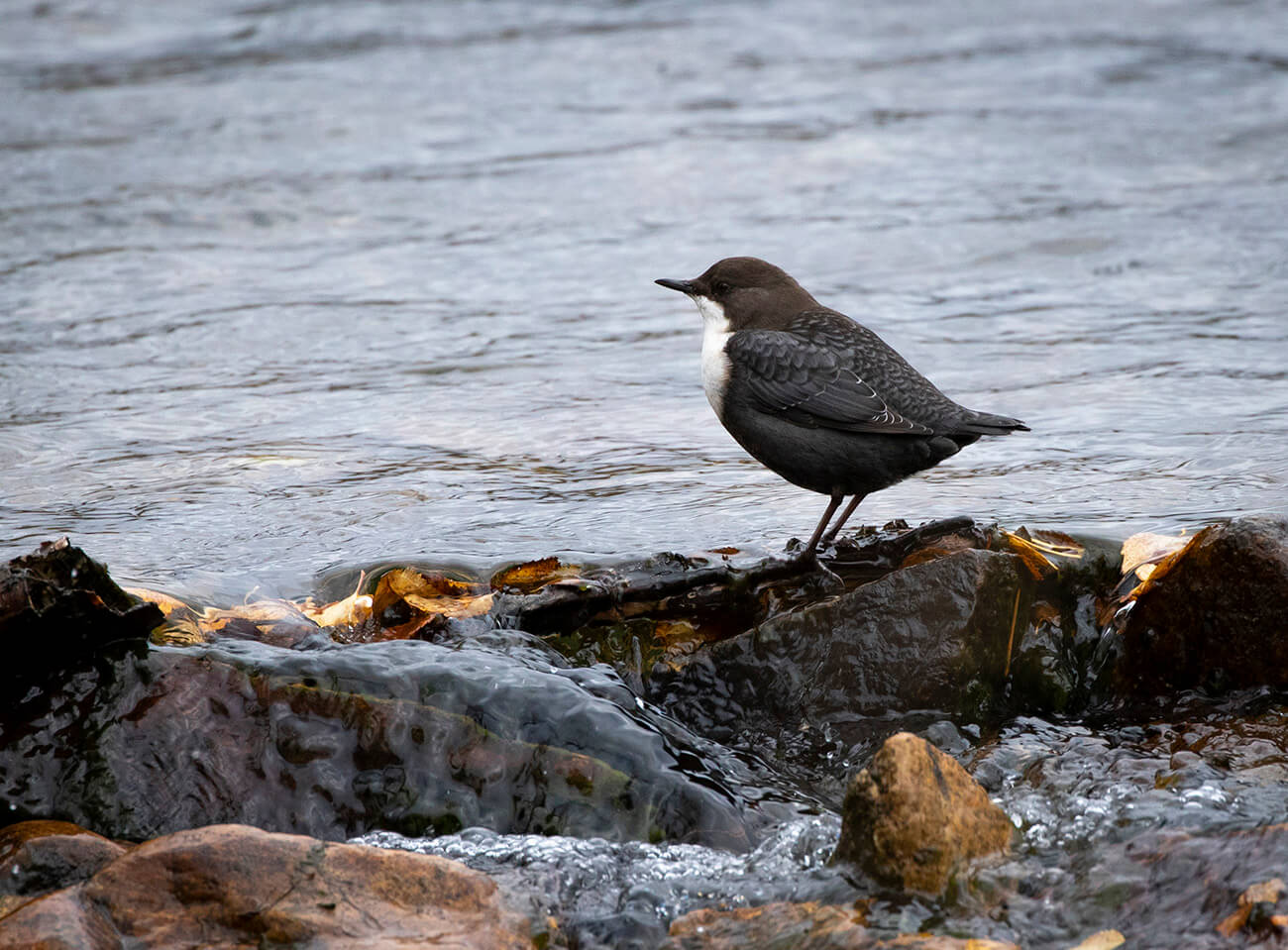 On the road you have to be careful, since you might encounter the famous reindeer, however in this area there weren't as many as I thought they would be. I only saw them twice. 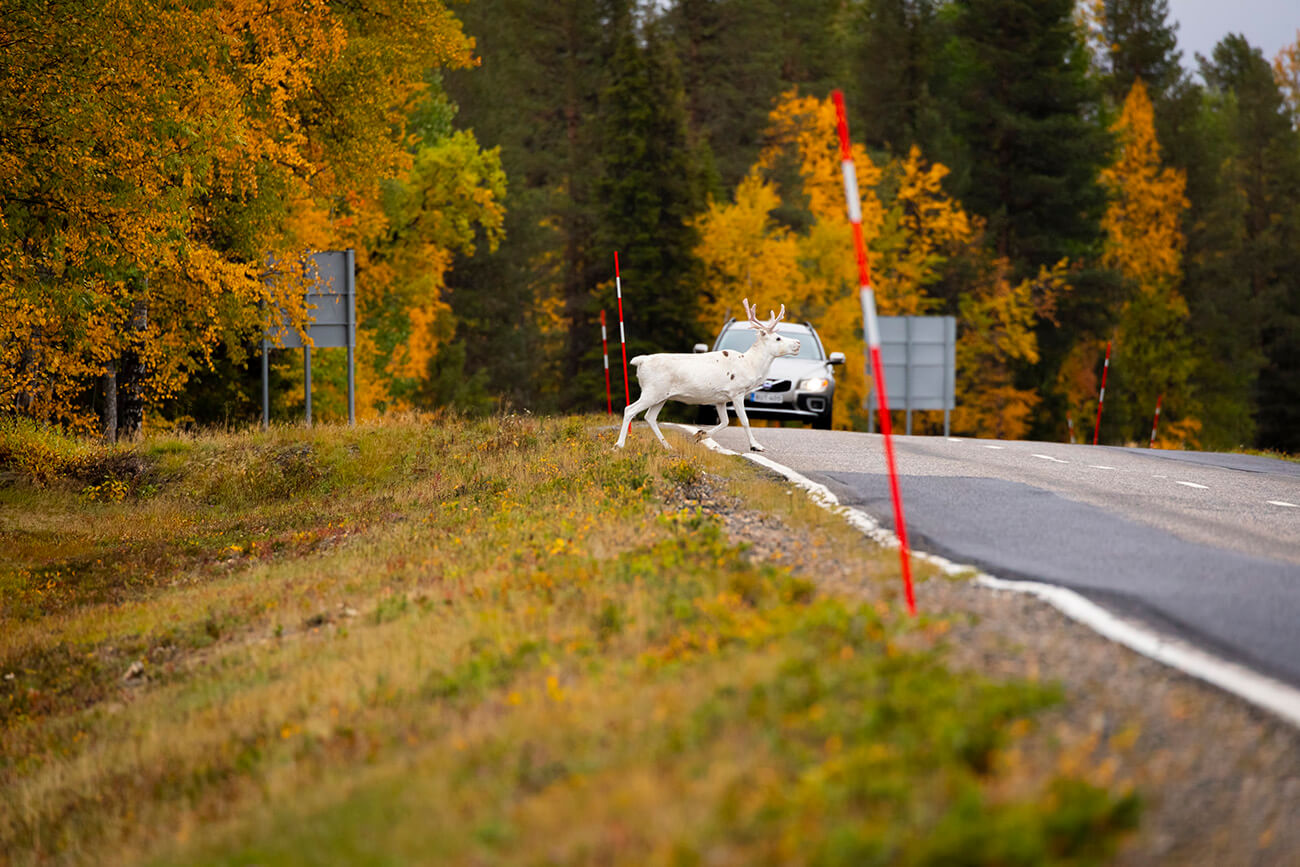 Even with clouds, Kakslauttanen area was a great place to visit and maybe some day I will go even higher towards Inari. I was a bit disappointed that we didn't get to see any Aurora, but we were mainly here for the colors. 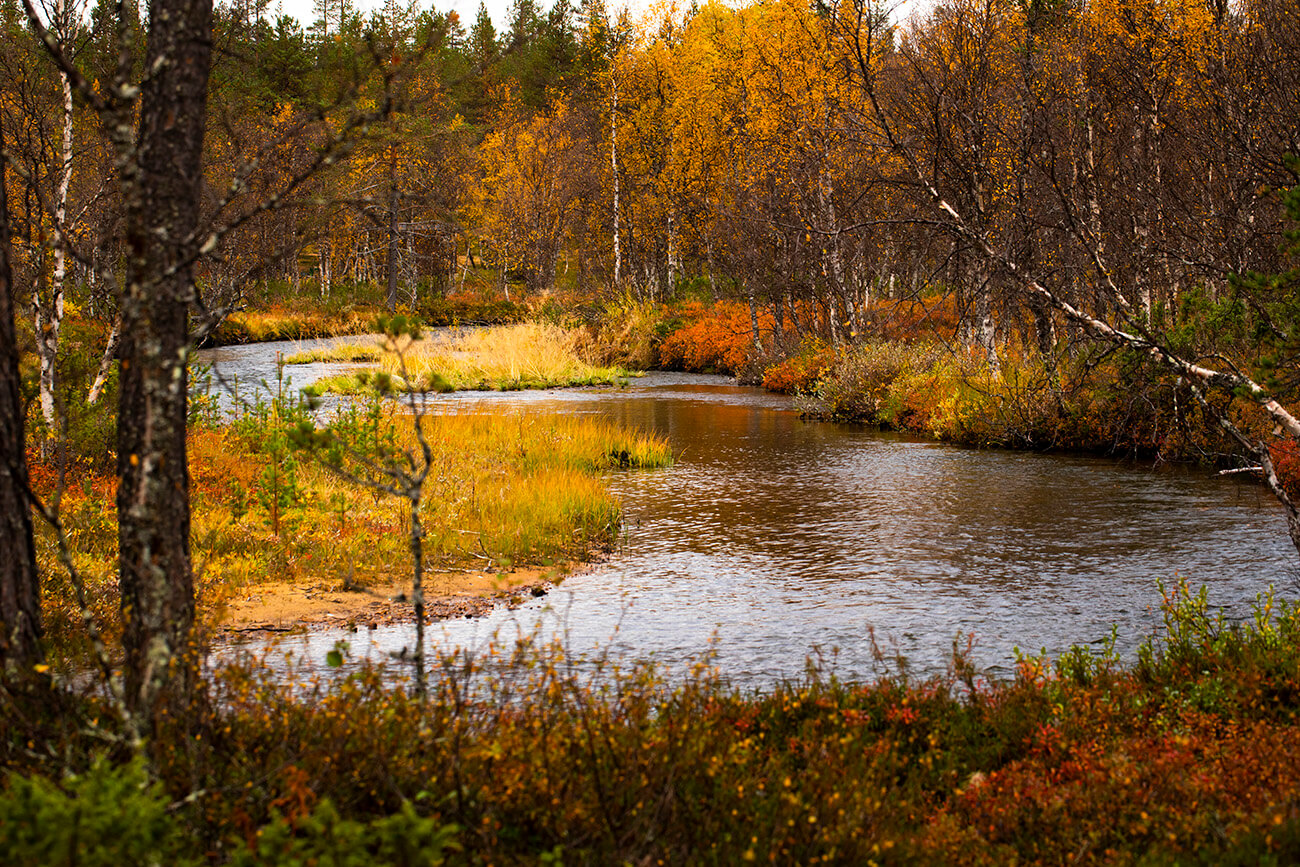 We spent 3 nights in a place called Torassieppi Cottages, next to Toras-Sieppi lake in Muonio area. Here the autumn colours were just right and the place looked amazing!

Here are some pictures below from the Toras-Sieppi area around the cottages (walking distance). 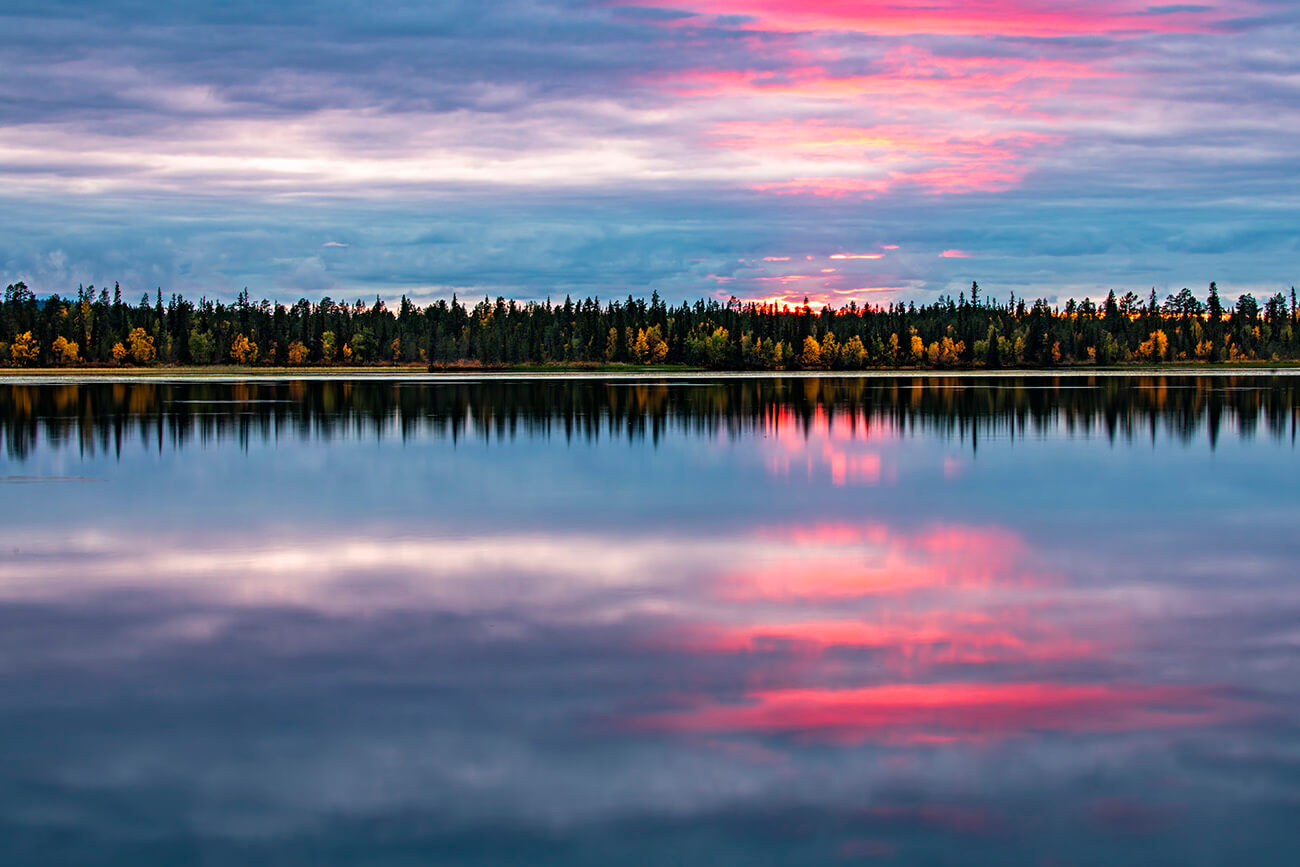 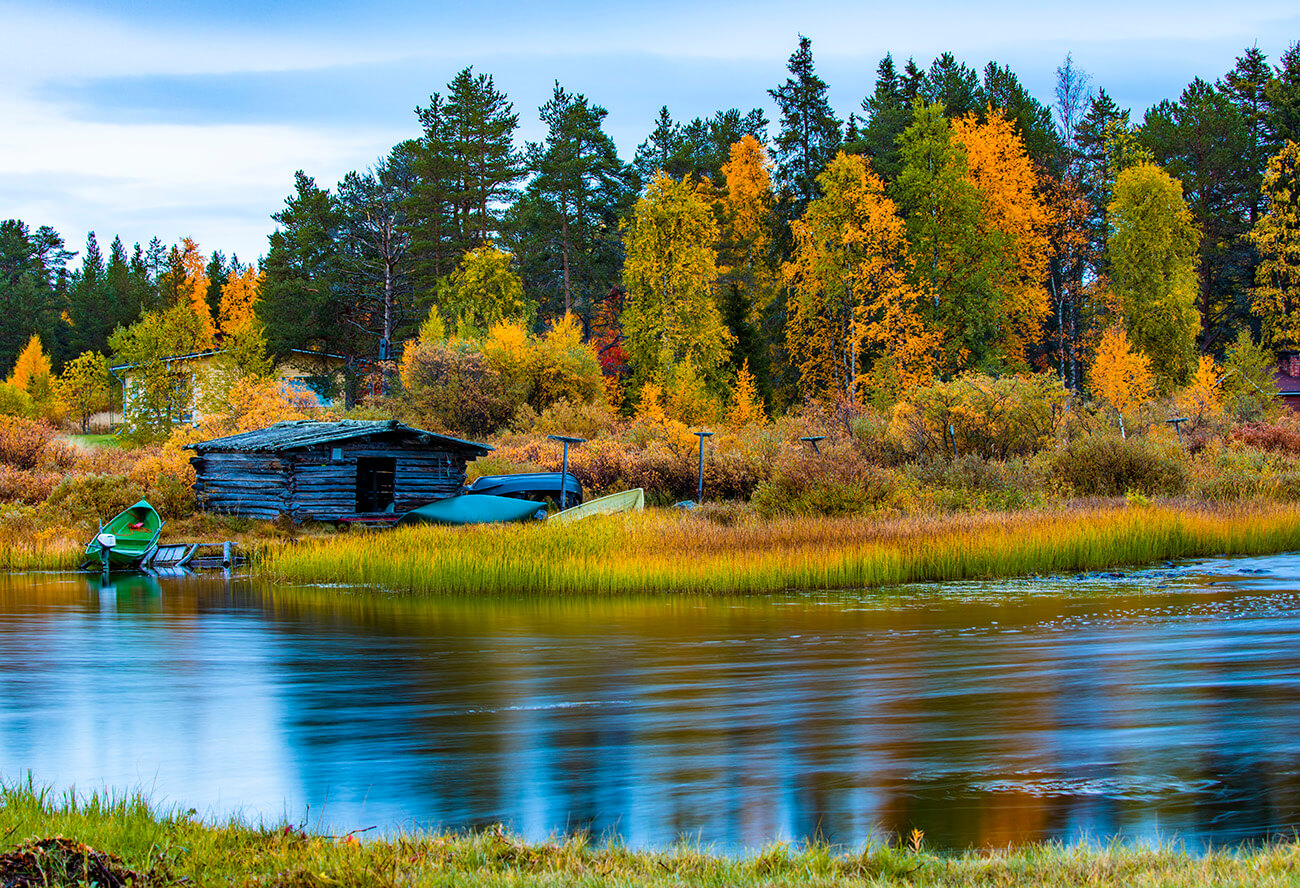 I really loved this place, the awesome views around the cottages and the great food that the small rustic restaurant had! They had really good traditional Finnish food, like reindeer "riistakäristys" (sautéed reindeer). Everything about this place was just great! You can book a cottage via booking.com.

One day we visited the small town of Muonio and we encountered the cutest little coffee place, with great cakes and an amazing photo gallery. The pictures were taken by the person who also bakes the cakes, a Swiss person that decided to move here and follow his dream. It was a very inspiring story and it looked like he succeeded! The cafe is called Swiss Cafe Konditoria and I really recommend a visit if you are in the area. 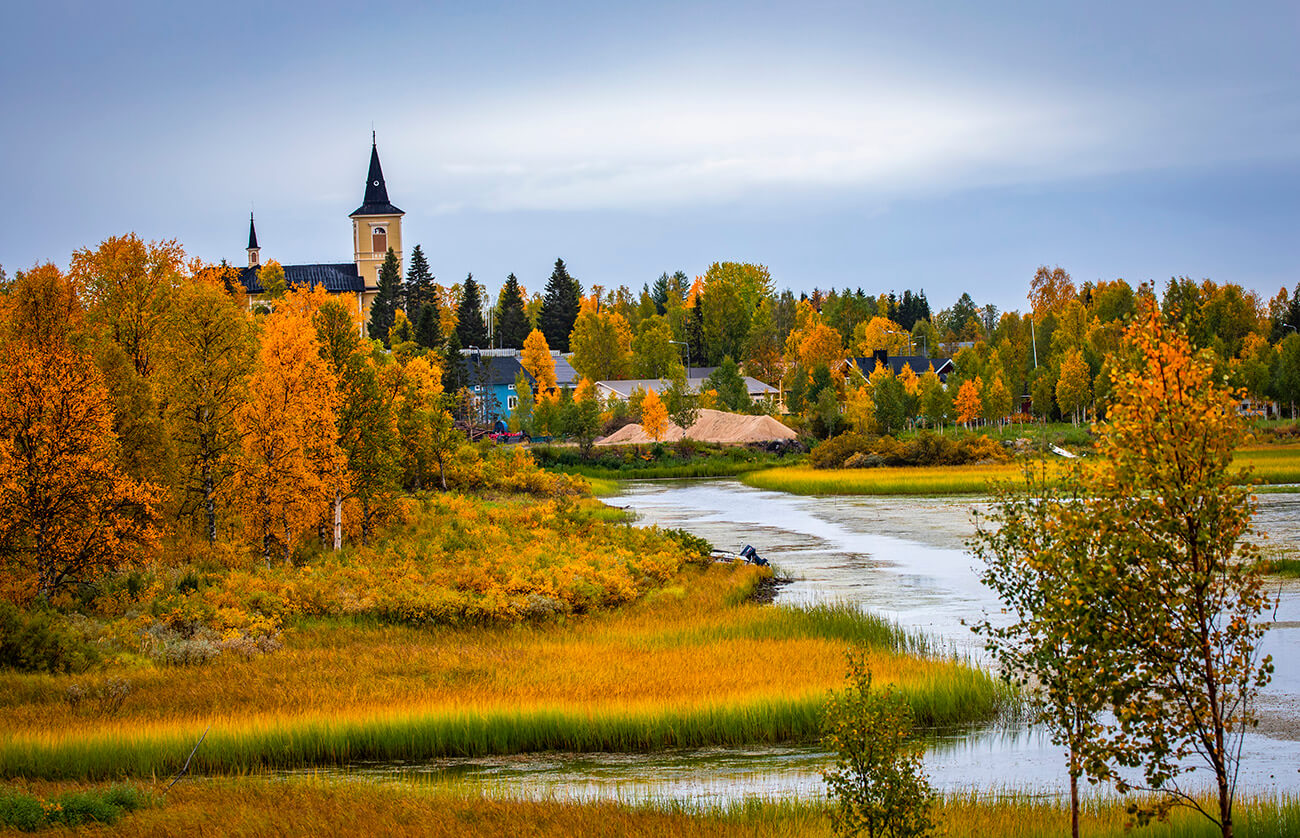 You will encounter many reindeer next to the road in the area, so you should drive carefully. They belong to the people living in the area, but they are free to roam the forests. I have many pictures of reindeer, but this one below is my favorite: two young reindeer, one black and one white.

In the last day we went to hike a bit around Pallastunturi, close to Pallas hotel. It was a bit cloudy, but you still see some great views with lakes and forest. 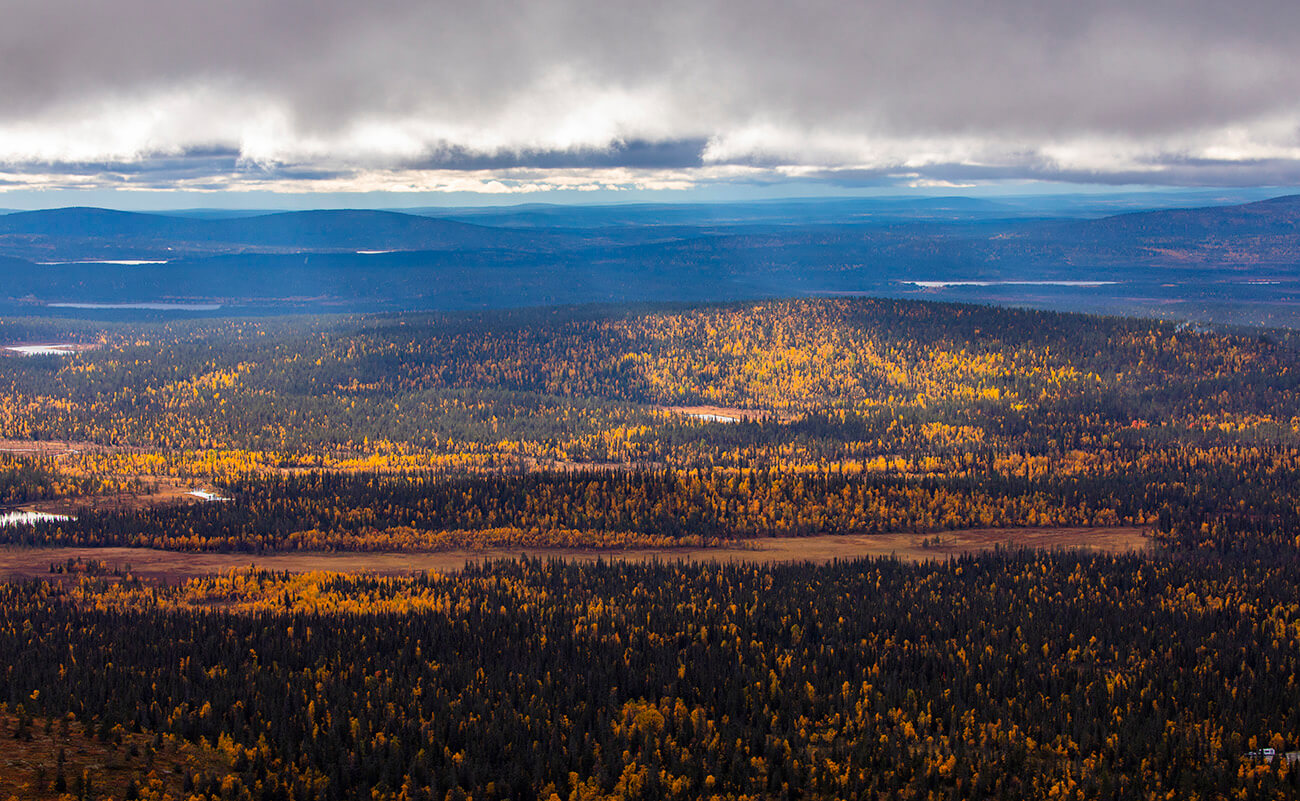 This was the only day when we actually saw some sun shining on the yellow leaves of the trees and the whole place was brighten up. The picture below was taken from the restaurant window at Hotel Pallas. Whenever the sun shined I grabbed my camera and went outside, but by the time I got outside the sun was already behind the clouds. 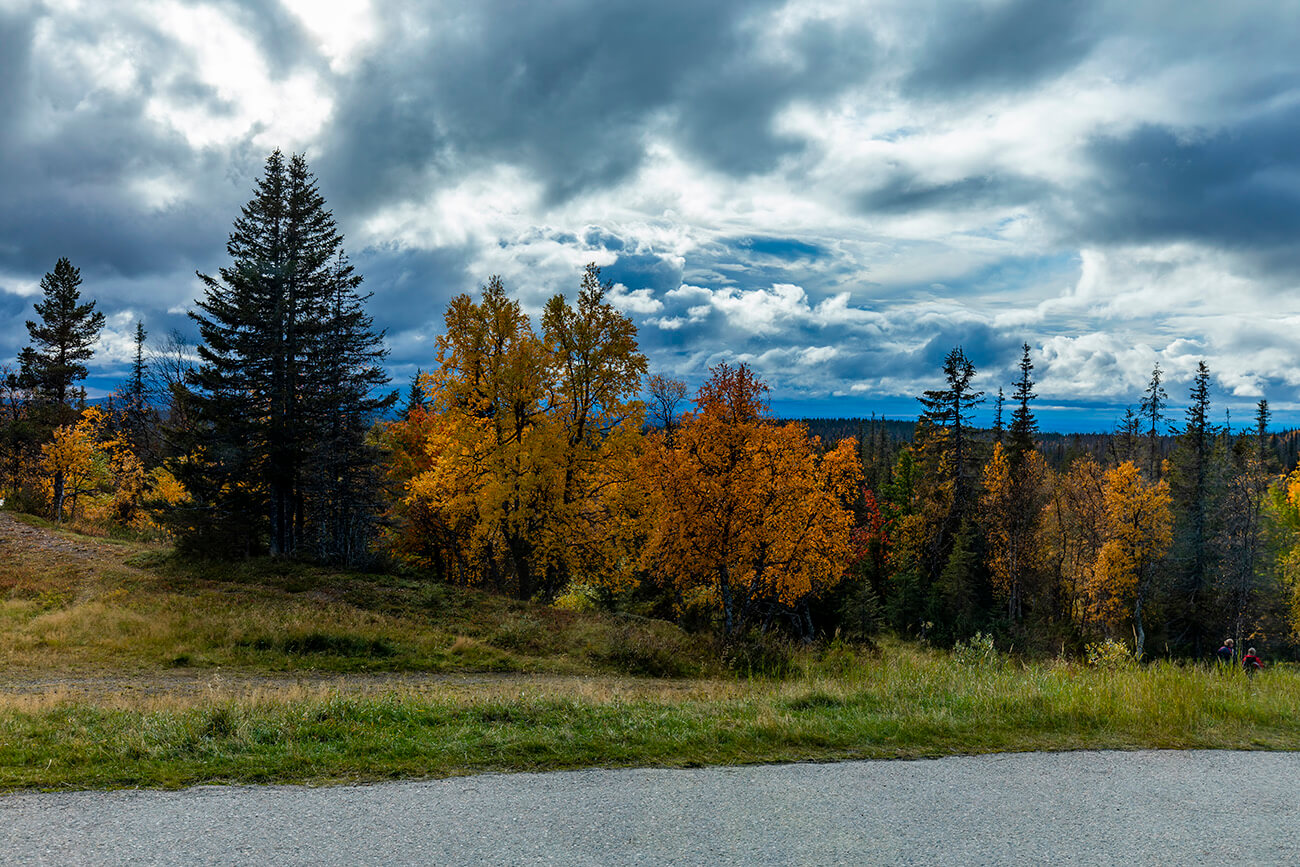 We also went hiking around Pallasjärvi. 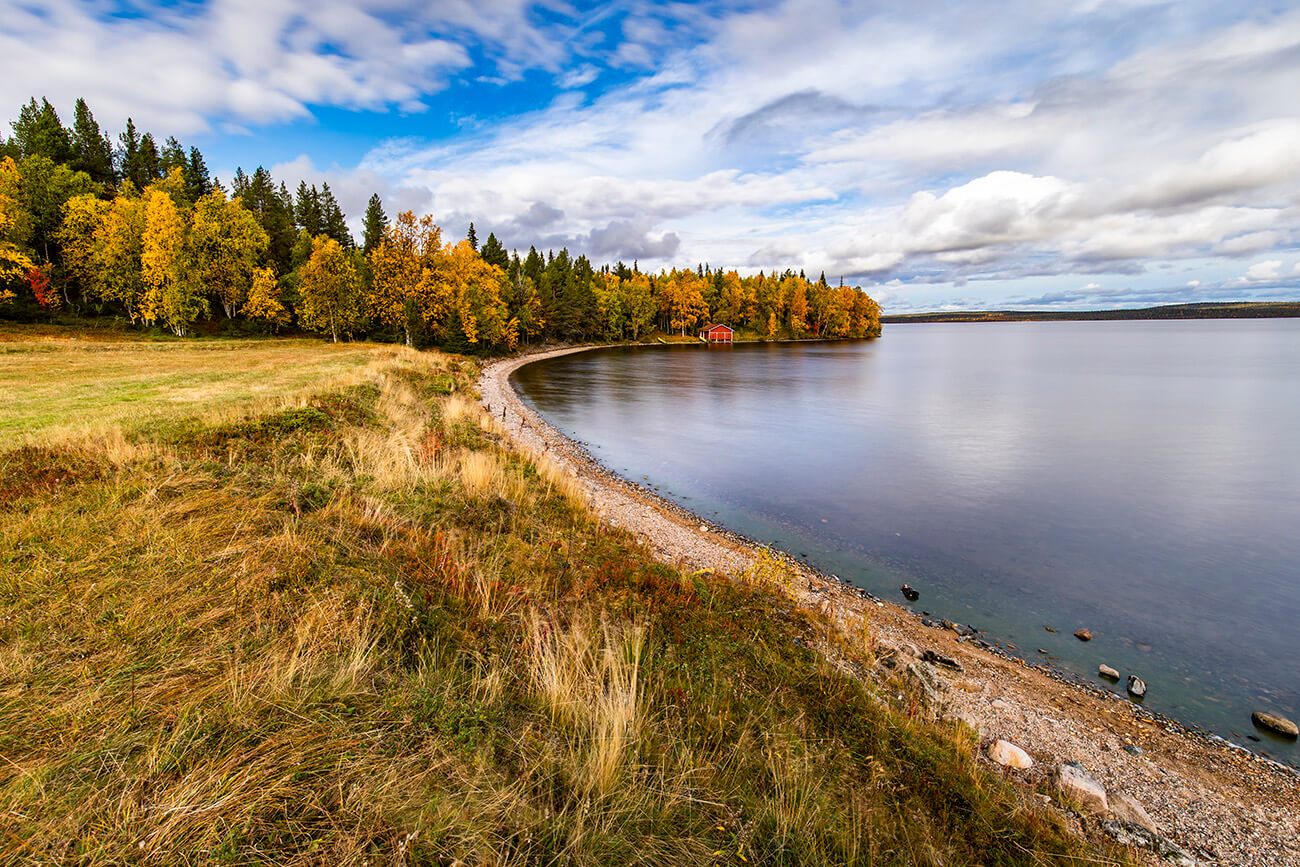 The best views that I saw were on our way to Ketomella (nice hiking place to Hietajärvi), around Ounasjoki. I had a small window when the sun was shining straight on the trees, so I stopped immediately and went to take some pictures in a forest opening. 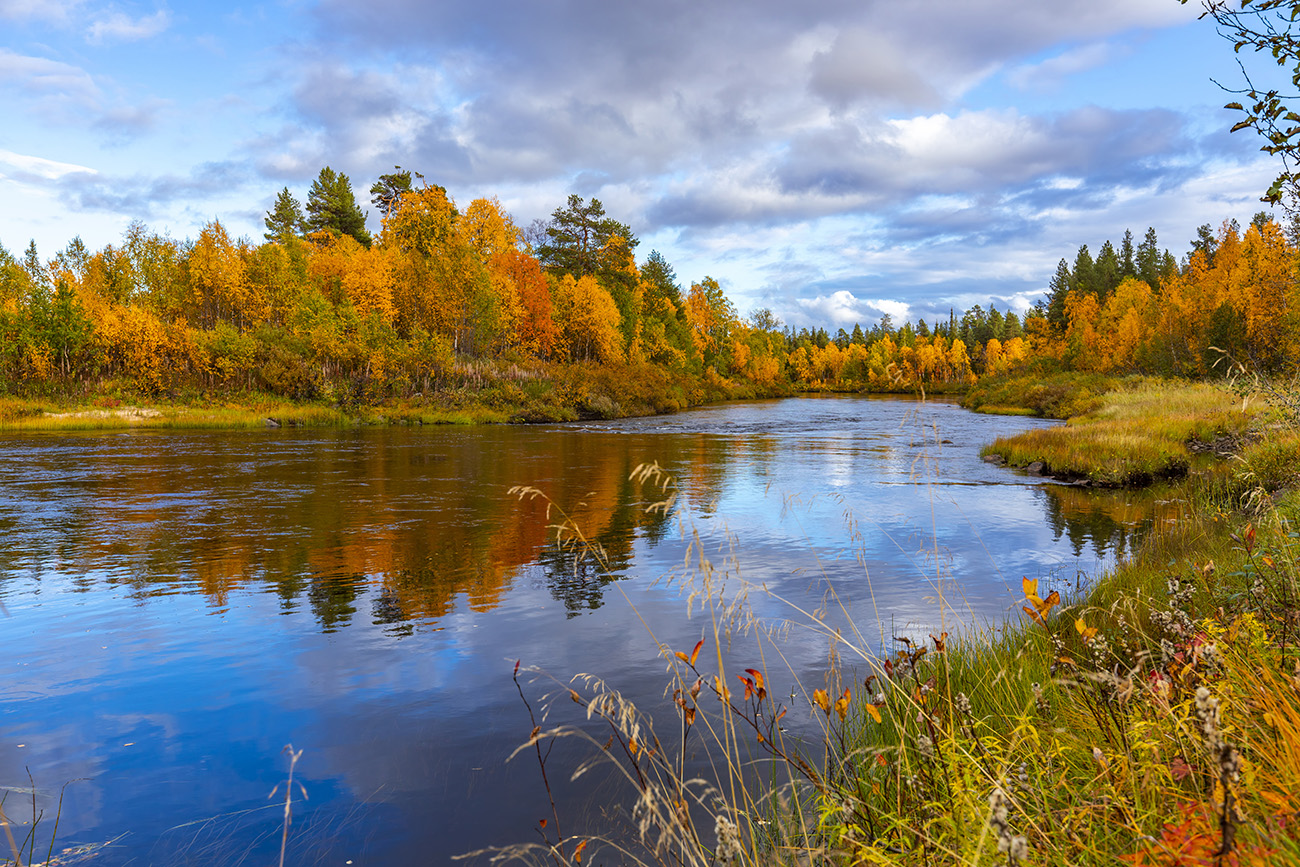 The hike to Hietajärvi was a nice forest walk, with more lakes to pictures of. There was no wind, so I was able to get a nice reflection of the trees in the lake, without a tripod. Probably this was my favorite spot from the Lapland trip. You can find the trails best using MAPS.ME application. 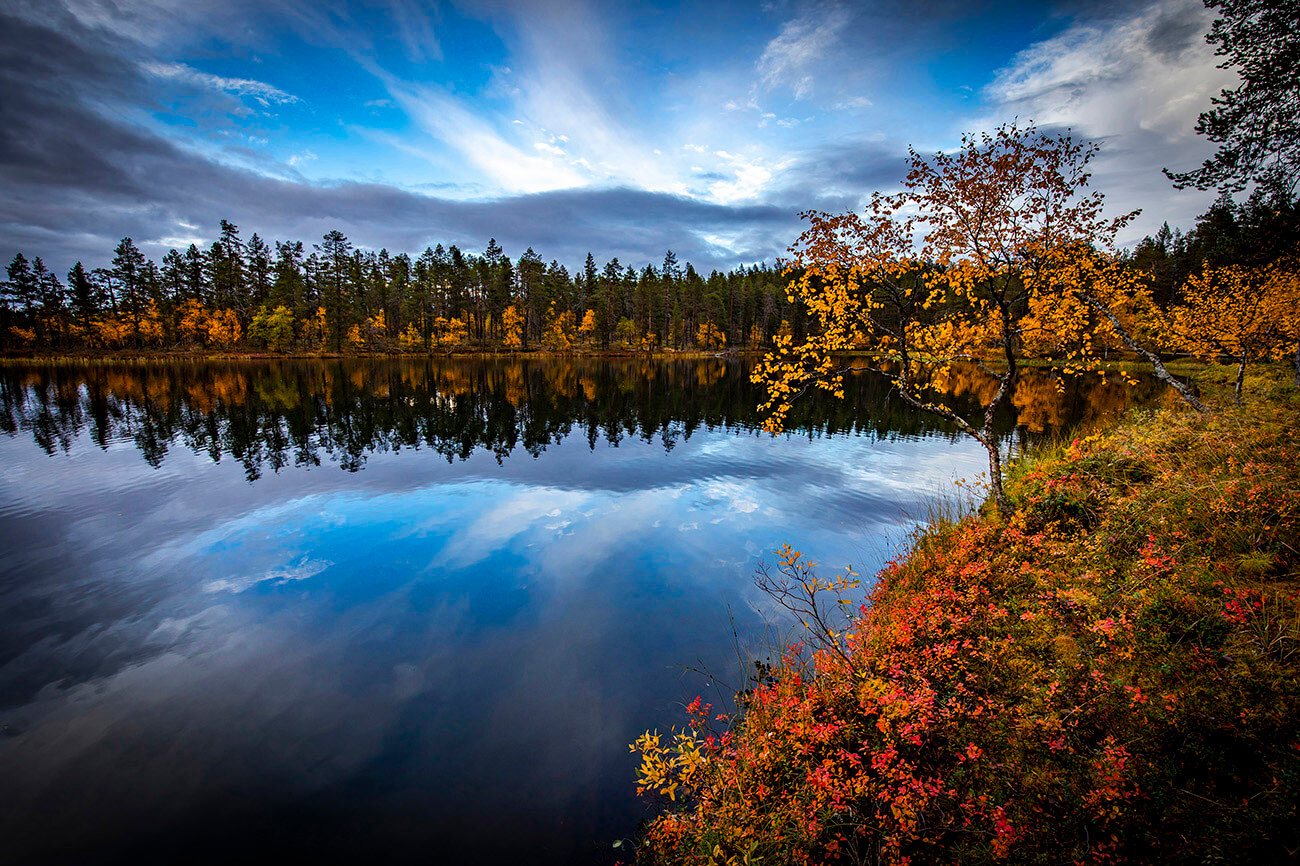 To top it all off on the way back to the cottages we saw a capercaillie by the road. I wanted to see one of these for a really long time. 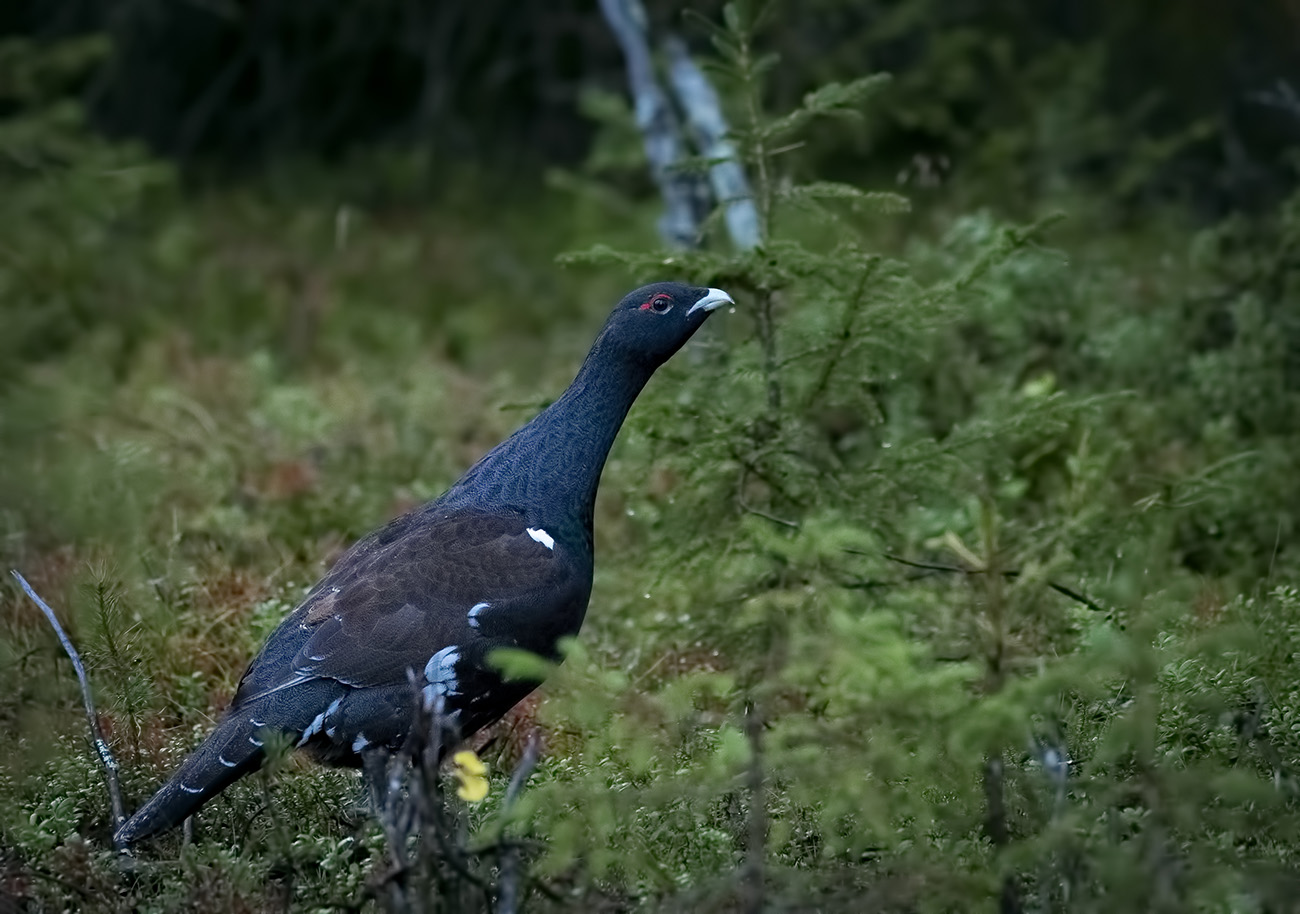 Next day we left towards Oulu and, of course, we encountered more reindeer and I had to take a few more pictures of them! After all, they are the most popular attraction in Lapland! These ones below seemed to have been waiting for the bus... 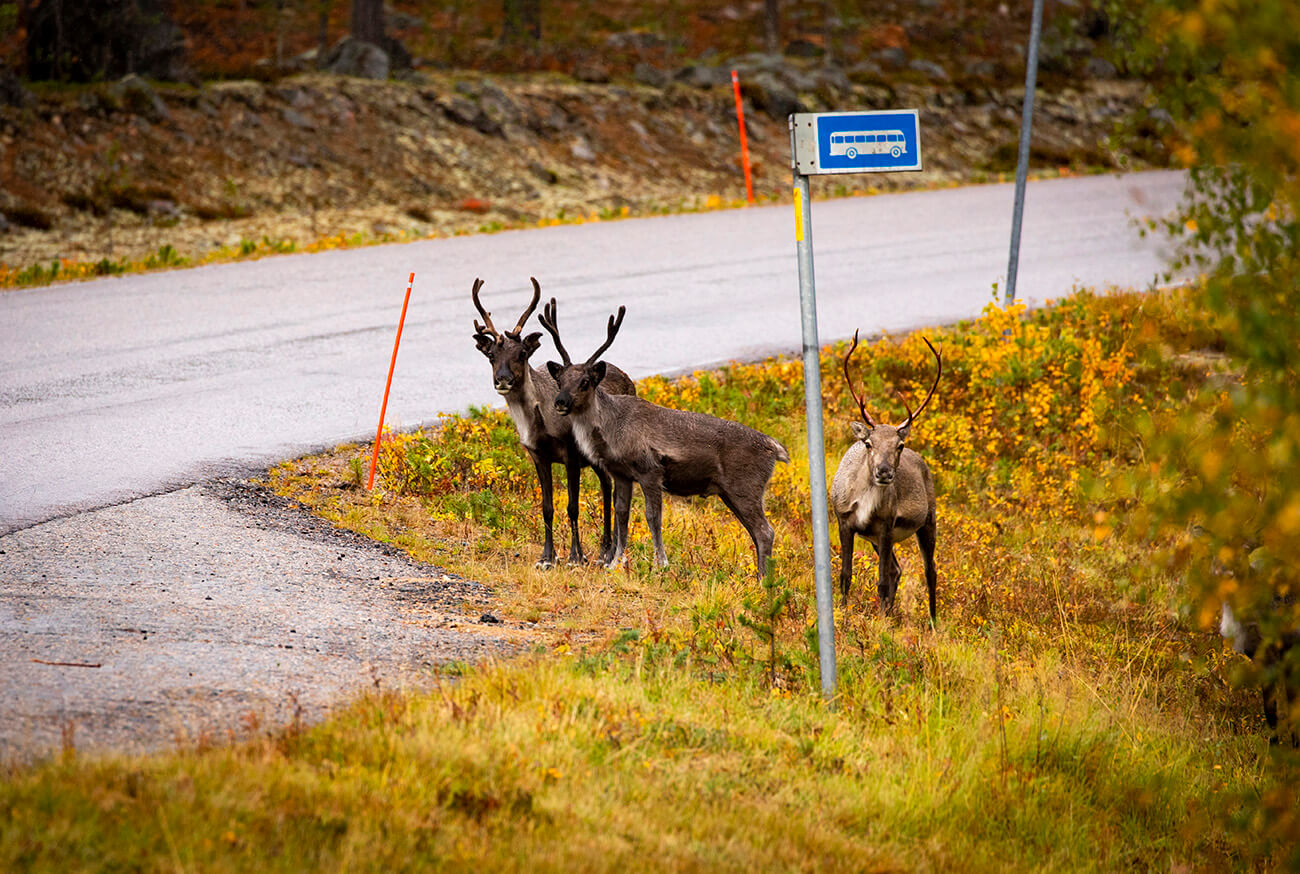