I rented a car from Reykjavík and then I visited the South Coast of Iceland, then West Iceland and the Golden Circle. I spent my first 4 nights at Lilja Guesthouse, close to Höfn, which was a good base for visiting Vatnajökull National Park, Diamond Beach, Jökulsárlón Glacier Lagoon and Vestrahorn. Then I drove back towards Reykjavik and stayed for 3 nights at B59 Hotel in Borgarnes, which was a good base for visiting Snaefellsnes Peninsula and the Golden Circle.

Iceland is one of the safest countries in the world to visit, whether alone or with friends. As a solo female traveller, it’s good to be vigilant and pay attention to what’s going on around you and Iceland is no exception when it comes to common sense. While visiting Iceland alone for one week I never felt scared or unsafe, however I didn’t interact with anyone either.

My trip to Iceland was mostly for photographing purposes and that is mainly what I did. The only time I talked to someone was at the hotel reception when checking in and at the restaurant when ordering food. Other than that, I felt like it was rather difficult to interact with anyone. Most of the people were American or Asian tourists, travelling in groups. Maybe I was too focused on my own thing and I didn’t look approachable, but anyway, Iceland wouldn’t be the place I would visit if I would like to interact with people.

I have seen conversations on booking.com travel community where people announce their visit and try to find other people to visit Iceland with, so if you are the type of person that doesn’t like to be alone, I would recommend checking these kinds of chats beforehand.

In my case the fact that I had a whole week all to myself was perfect and exactly what I needed! I had to make a few compromises though... From people point of view, Iceland is safe, however you should really pay attention to the nature. 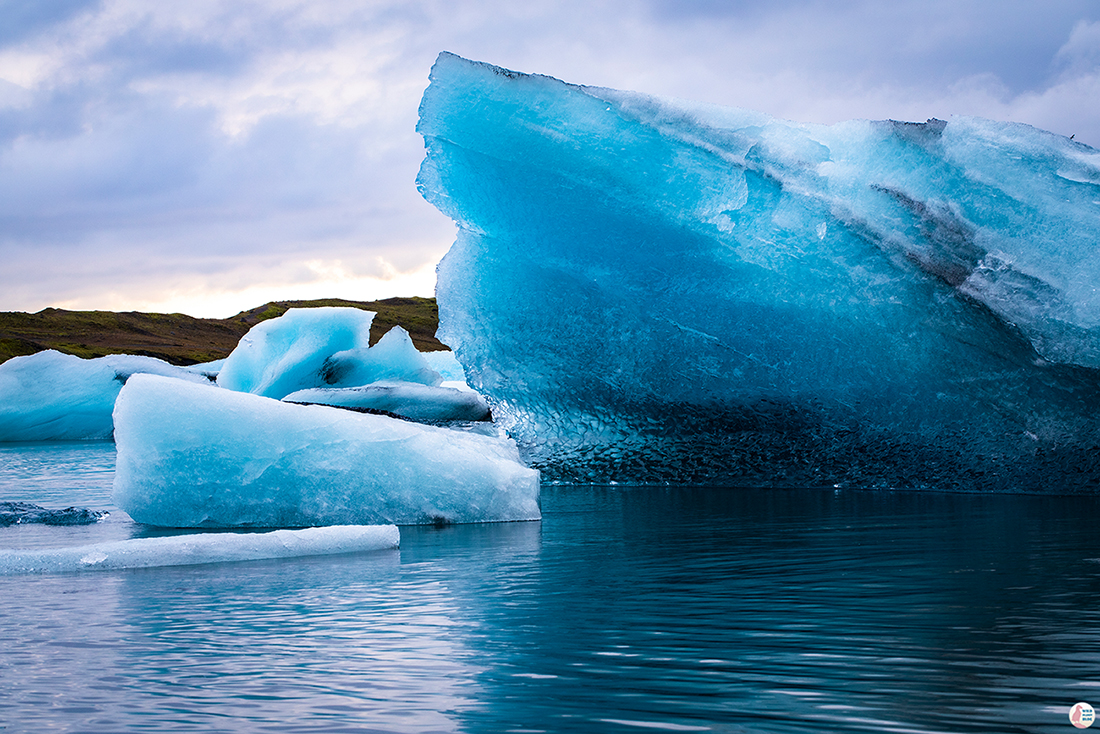 Before you decide to go anywhere you should always check safetravel.is website. You can find here all the warnings about nature dangers and road safety. There have been tourists that have died in Iceland because they ignored the warnings. Nature here is unpredictable! The weather can turn from sunny to hazardous, the volcanoes can melt the glaciers and produce huge floods and the rivers can become swollen and dangerous when crossing!

Luckily, Iceland has the best warning system in Europe when it comes to weather. All people in the area should get alarms on their phones if something were to happen, so it’s a good idea to keep your phone close and loud. The local people know what to do to keep safe in such cases. I am not saying all of this to scare you, but especially if you are travelling alone, as a woman, you should be aware and prepared for any kind of event! Now, most likely all of this will not happen and you’ll have an awesome holiday, like I did!

When visiting places you should always follow the rules and keep safe! Most common mistake that tourists visiting Iceland do is getting too close to the waves, especially at the famous black beach, Reynisfjara! The waves here are unpredictable and a big wave can come out of nowhere and sweep off to sea, where there are strong currents! The warning is valid not only at Reynisfjara, but at all beaches! Other things to keep in mind: don’t go glacier hiking without a professional guide, don’t jump on the icecaps at Jökulsárlón Glacier Lagoon, don’t go hiking without packing enough clothes with you, obey the signs at Fjaðrárgljúfur Canyon and don’t cross the safety lines to get a better picture, stay on the marked paths when visiting hot springs. Actually, the last one is always valid, wherever you go it’s a good idea to keep on the marked paths. 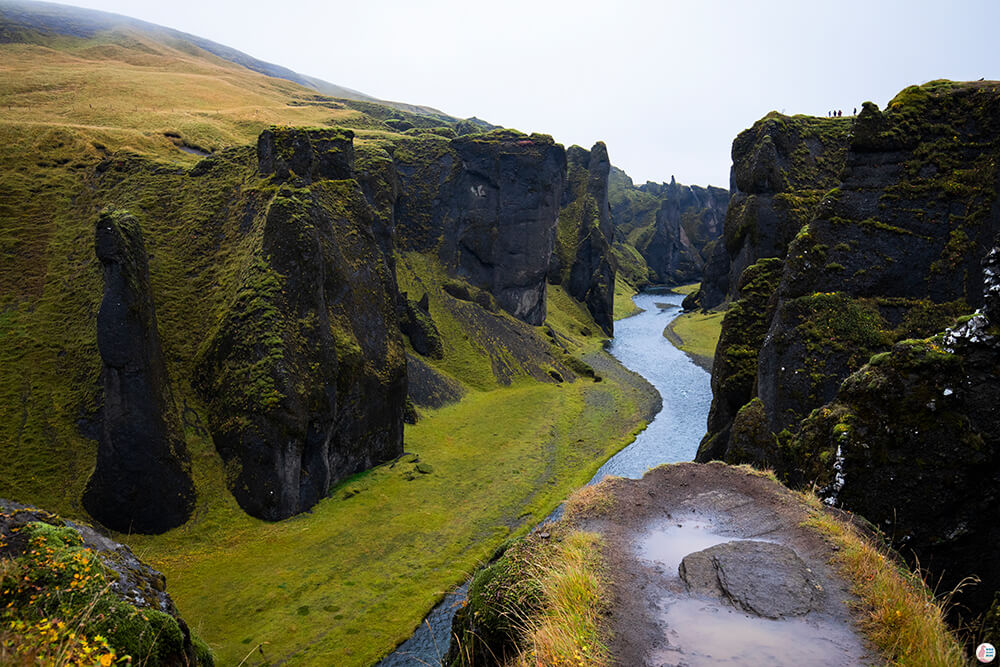 Weather in Iceland is changing fast and it can be rainy on one side of the mountain and sunny on the other side. I would recommend you check every morning vedur.is website and make your plan for the day according to the weather forecast. By doing so I managed to avoid most of the rain and make the most of my time in Iceland!

I didn’t really know what to expect when it comes to driving. I was reading a lot about it and I decided that I don’t want to venture by myself on the F roads, where you need a 4x4 car. Especially in the autumn time, with all the rain, there were many warnings about swollen rivers and high risk of landslide in certain areas.

When driving in Iceland you should be aware of sheep! There are many sheep and they can get on the road at any time! I have experienced during my drives a lot of sheep crossing the roads, so don’t drive over the limit and keep an eye for wondering animals. The limit on the ring road is 90 km/h and it’s best if you stick to it. 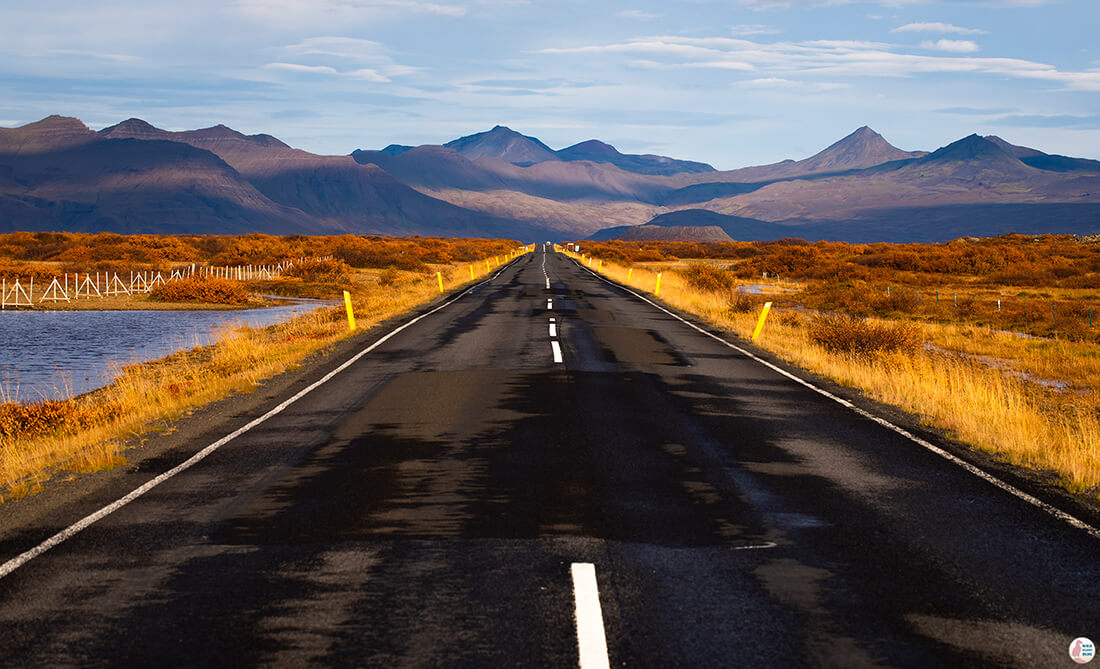 This is not valid during summer, but you should also be aware that when it gets dark in Iceland, it’s really dark! Driving alone on the road, while not being able to see anything else but a few meters of road can be a bit spooky! During my first night I have experienced some bad weather. It was very windy and rainy and you couldn’t see much in front of you not even during daylight. I got out of the car to get some gas and the drops of rain on my face felt like little pieces of glass! Then it got dark... really dark... I didn’t know what to expect from the road so instead of 90 km/h I was driving with 50 km/h. I got to my hotel 1.5h later than when I was originally planning to get here, just in time to check in my room and order some dinner before the kitchen closed. Also pay attention to one lane bridges, where there are no traffic lights. It's best to wait and see if the car on the other side of the bridge is stopping before venturing on the bridge.

Another thing to pay attention to is big rocks when backing down in parking areas. I managed to bump my rental car because I didn’t see a rock in the middle of the parking area. You should always get full insurance when renting a car in Iceland and don’t drive on F roads with a normal car. There might be other roads stated in the contract where you are not allowed to drive. Usually it states clearly somewhere on the dashboard where are you allowed to drive with the car you rented. They have charged me almost 1 000 € for a small bump, but rental cars insurance paid the money back. If you don't have car insurance in Iceland it might get really expensive for you if anything happens. 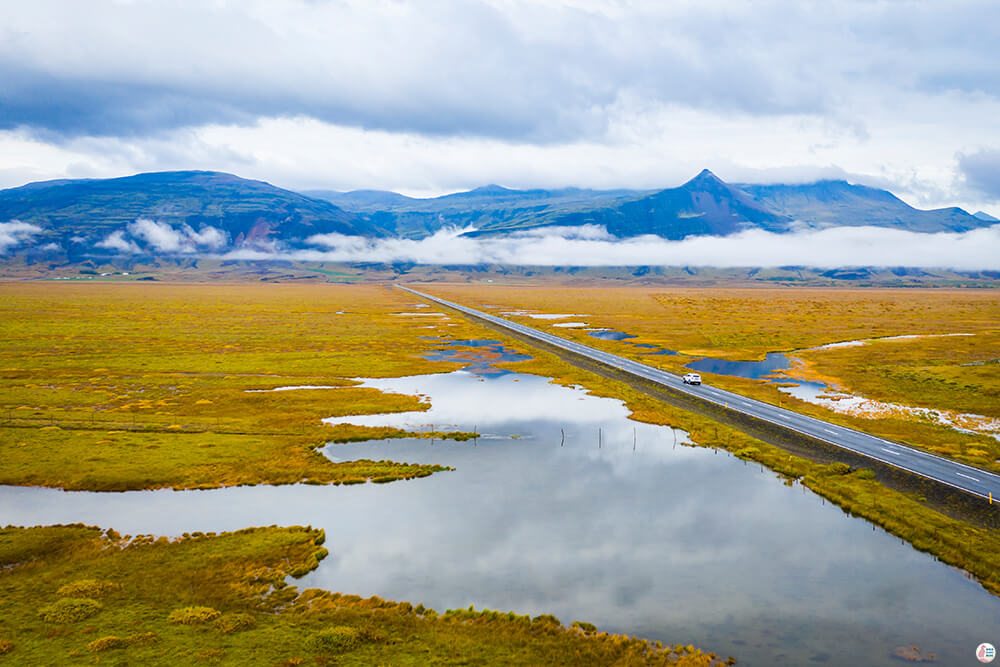 Despite the darkness and sometimes bad weather, I had an awesome time during my one-week solo travel in Iceland! Everything went according to plan and besides the bump in the car, I didn’t have any problems. Whenever travelling, whether you are traveling alone or not, it’s always good to have common sense and don’t get yourself into bad situations which are easily avoidable. 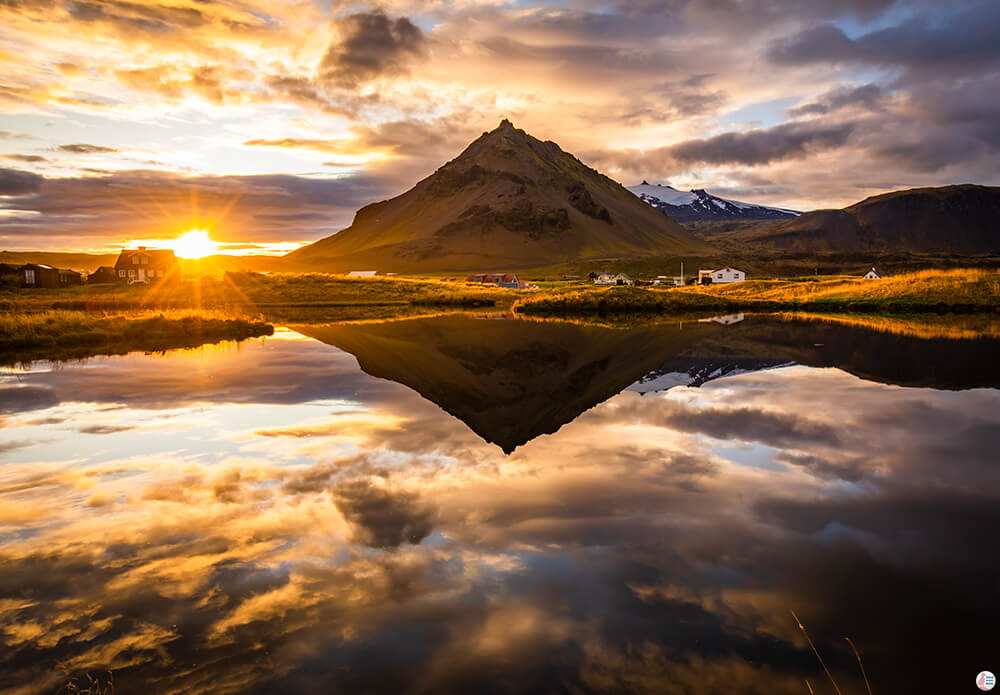