Lynsgstuva is an easy hiking trail in Lyngen Alps, Northern Norway, suitable for most people. When the weather looks bad, try heading out to Lyngstuva and you could find sunshine!

Lyngstuva is a nice hiking trail where you can observe birds along the beautiful landscape! While on this hike, I saw 3 white-tailed eagles, cormorants and lots of different kind of seagulls.

If you hike with a dog it is very important to keep your dog on a leash, due to nesting areas and the fact that a small dog can make a tasty snack for the eagles above. 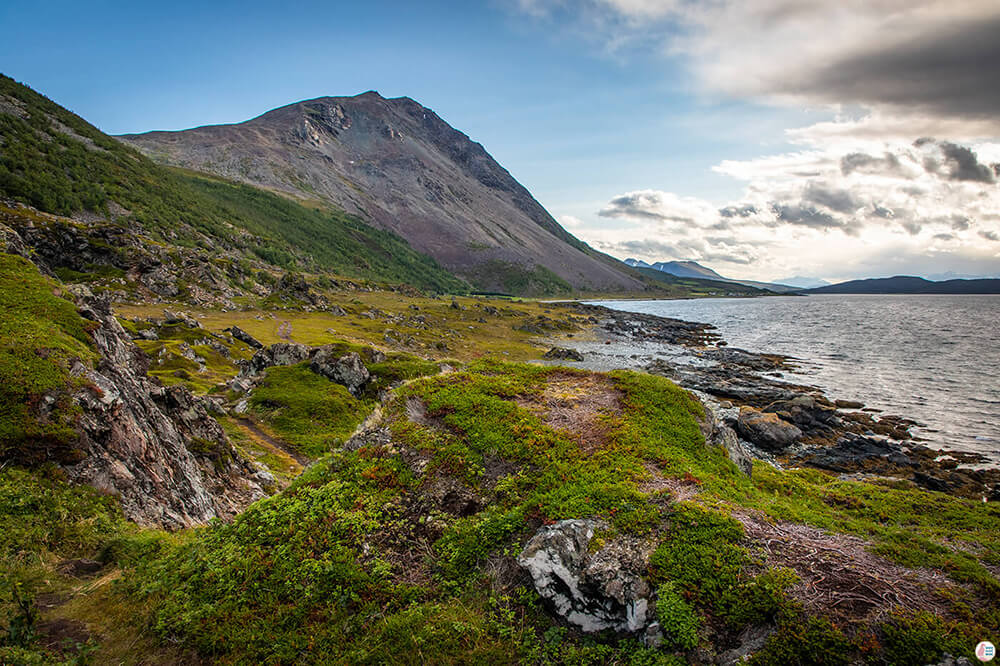 Difficulty: easy with a very small patch of medium (easy green according to Norwegian standards)

How to Get to Lyngstuva Trail Head

Lyngstuva is located on the northern tip of the Lyngen peninsula and it offers panoramic views of the fjords that surround it and some cool islands around it.

The trail to Lyngstuva starts from a small parking spot in Russelv. See directions on map.

You can find a toilet in the parking place and, unfortunately it seems that you need to pay for the parking. You need to download the Easypark app and the only option for paying is to pay for the whole day, which actually is pretty expensive for a parking place in the middle of nowhere. However, the money will be used for the infrastructure of the hiking trails in Lyngen municipality, so your money will be put to good use.

The weather forecast was definitely not looking good. In Svensby, around 40 km away from Lyngstuva, it was raining heavily and everywhere else I checked around the area looked pretty grey and rainy. From previous experiences, whenever it's raining there is usually a chance that somewhere along the coast it's actually sunshine. The clouds usually get stuck around the highest peaks, so Lyngstuva was a perfect place to go hiking as it looked like the mountains around it were not that high. It seems that my logic didn't fail me and, indeed, when we arrived to Lyngstuva it was actually sunny.

The trail starts on a gravel road in continuation of the paved road that stops at the bus stop of Russelv. There is a fence with a gate and after that the trail will continue along the shore. The Lyngstuva lighthouse is just behind that small hill you see in the picture above.

Most of the way this hike is more like a walk until you reach the hill. On the way you can admire the birds, especially the amazing eagles. Turns out you don't necessarily need a bird tour to be able to see them! One out of the 3 white-tailed eagles we saw was actually flying really close above our heads. 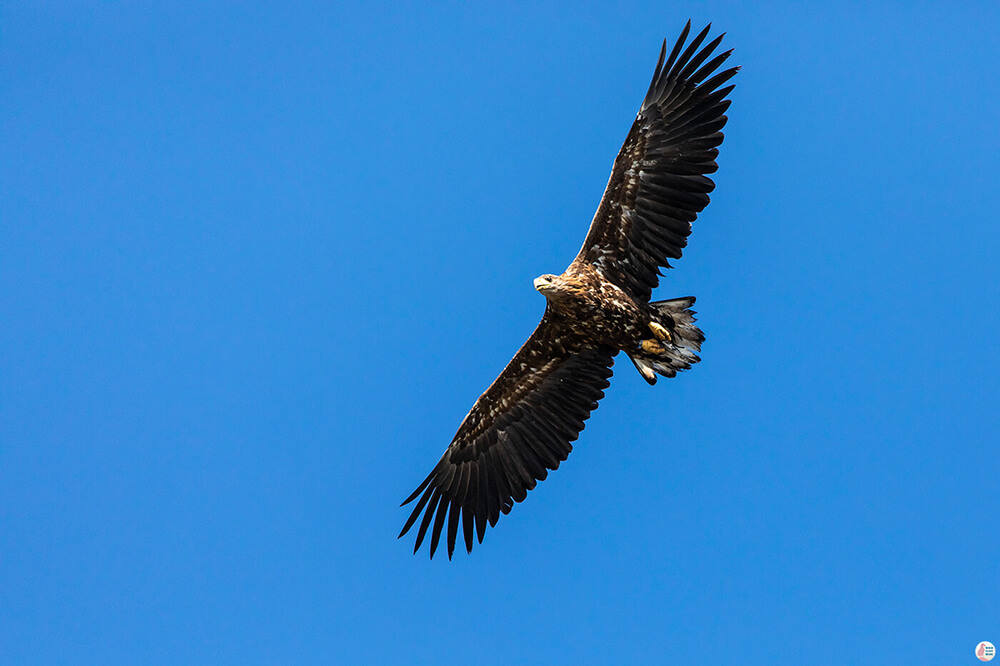 Besides the beautiful landscape, Lyngstuva is also an important cultural heritage site and you'll find a lot of signs along the way explaining how Sami people used to live here.

The northern tip of Lyngstuva is strategically placed with views to the north, east and west. It is a short distance to rich fishing grounds and seal hunting opportunities. A number of house sites show that the area was inhabited as early as the Late Stone Age 4500 - 1800 BC.

In the Iron Age the sites of Lyngstuva were used to produce oil from seal and whale blubber. The Sami people exchanged the oil that was produced for iron and other products from the Norse population. The oil was used to waterproof boats, sails, ropes and also as a heating source in oil lamps and even as a food source.

The blubber was transformed into oil at a temperature of 80 degrees Celsius. 30 kg of firewood and 30 kg of blubber would produce about 20 litres of oil. Most of the pits used as ovens date from 600 - 900 AD, but some of them are as old as 100 AD.

Once you get to the hill, the marked trail takes a right. Even though the trail appears that there is another trail to the left and you could go around the hill, I recommend you would stick to the trail on the right to reach the lighthouse, but also to come back. There are no markings on the other trail and at some point you'll lose the trail altogether and you need to climb over big rocks to get across to the lighthouse. This part is definitely not easy, but as we were too lazy to go back we pulled through.

From this point forward the trail starts to be a bit rocky, with a small ascent. 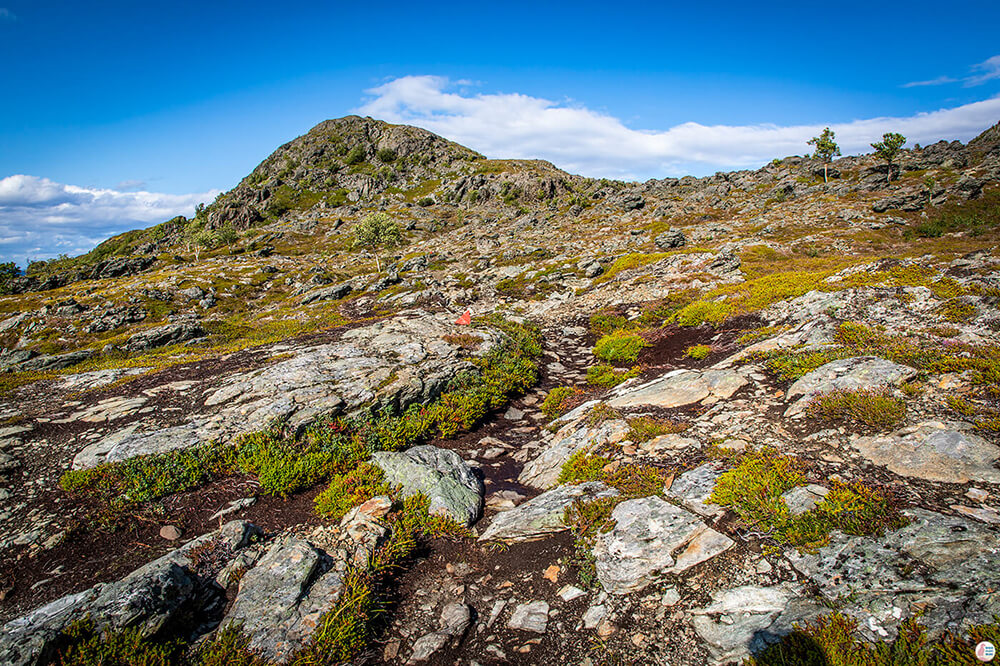 Once you get to the other side of the hill the views really start to open up. While hiking to Lyngstuva you can have views of the fjords around it, Hamrefjorden, Ullsfjorden and Lyngen. You'll see also 2 ship wrecks and you can extend your hike to the areas below. 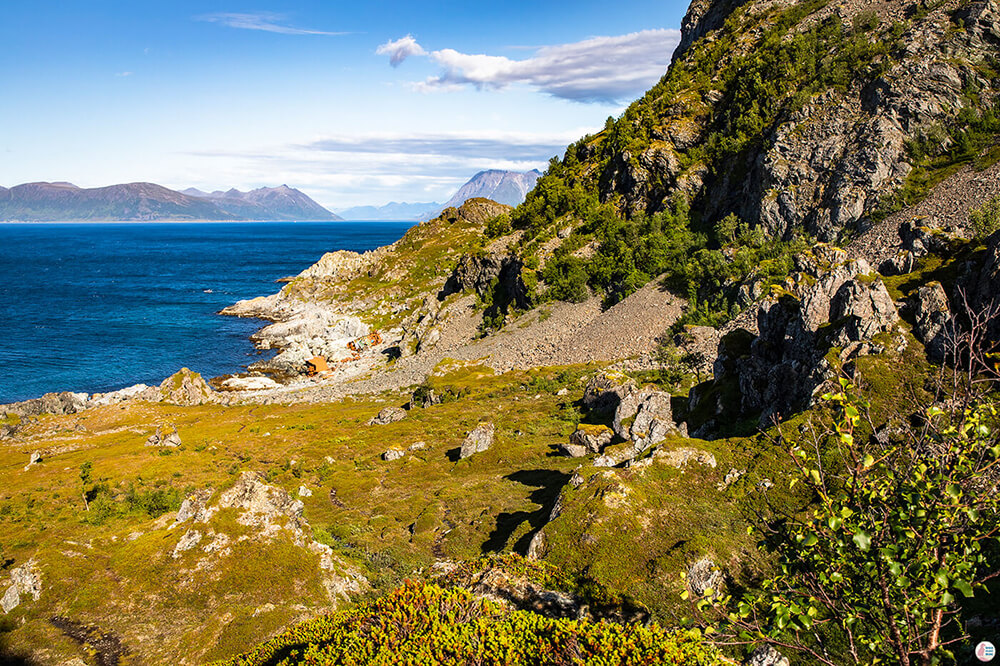 The trail follows a bit of a more moderate patch, with loose rocks and, if rainy, it can be slightly slippery. 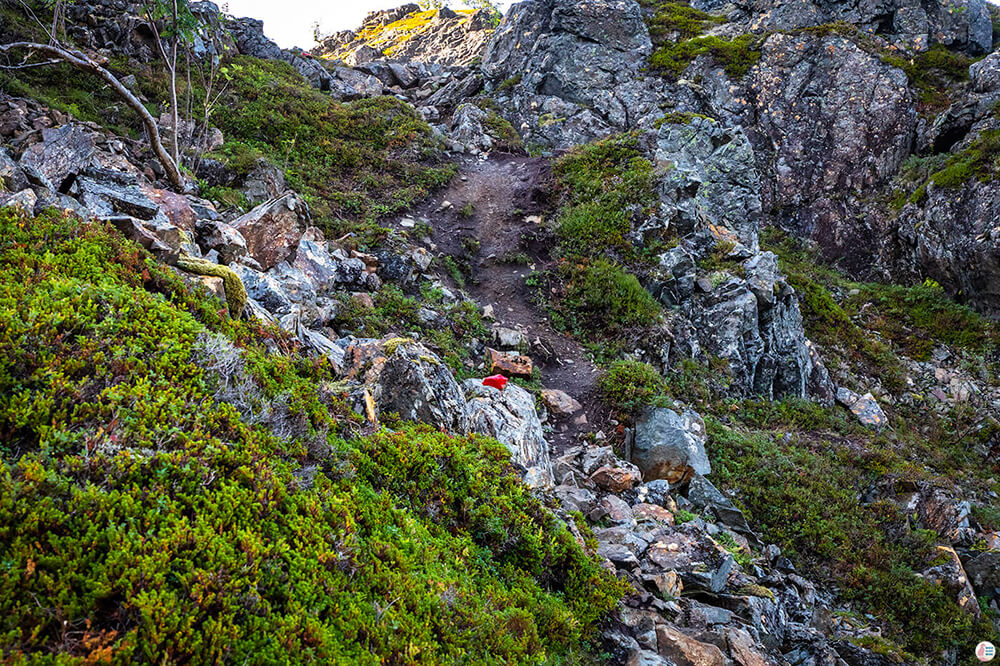 The lighthouse is just behind that big rock below. 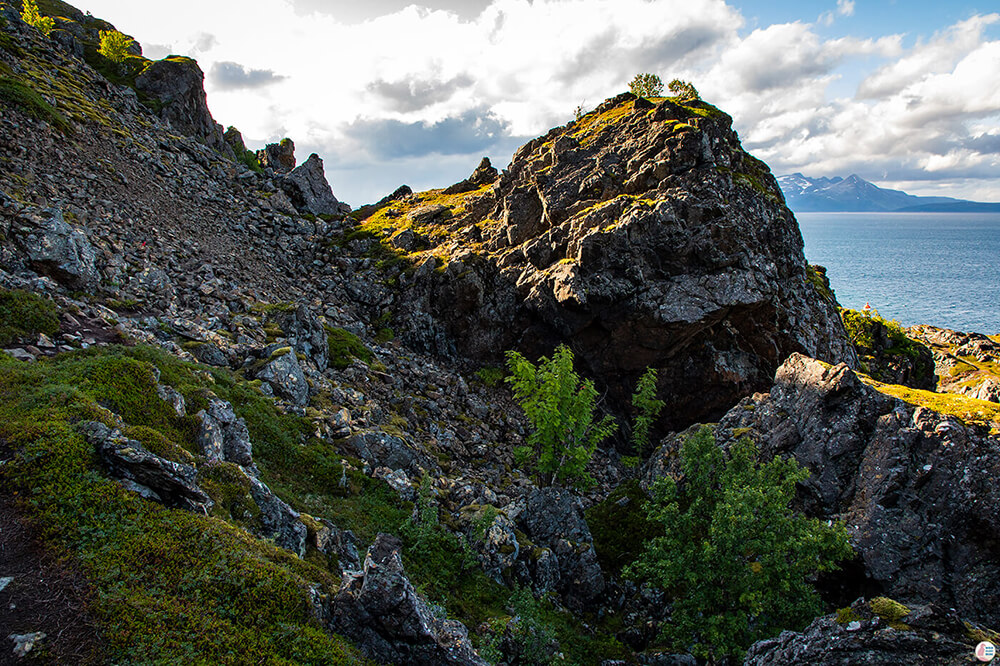 Here, things started getting a bit interesting for us, as there was a really powerful wind when we got to the other side. I don't know if that's usually the case since our hike was a bit special. The whole Troms and Finnsnes area was about to be hit by a storm with a code yellow of winds. Later that day the winds around Svensby reached 23 m/s. I guess the storm was approaching when we got to the lighthouse.

Next to the lighthouse there is a small cabin, which you can apparently rent out, however it didn't seem to be in a such a great condition. We took shelter from the wind behind the cabin, had a quick bite to eat and then tried to find the other trail back. As I already mentioned, we ended up climbing some boulders, hoping we can get to the other side without having to turn back and we did, but it was not very fun. 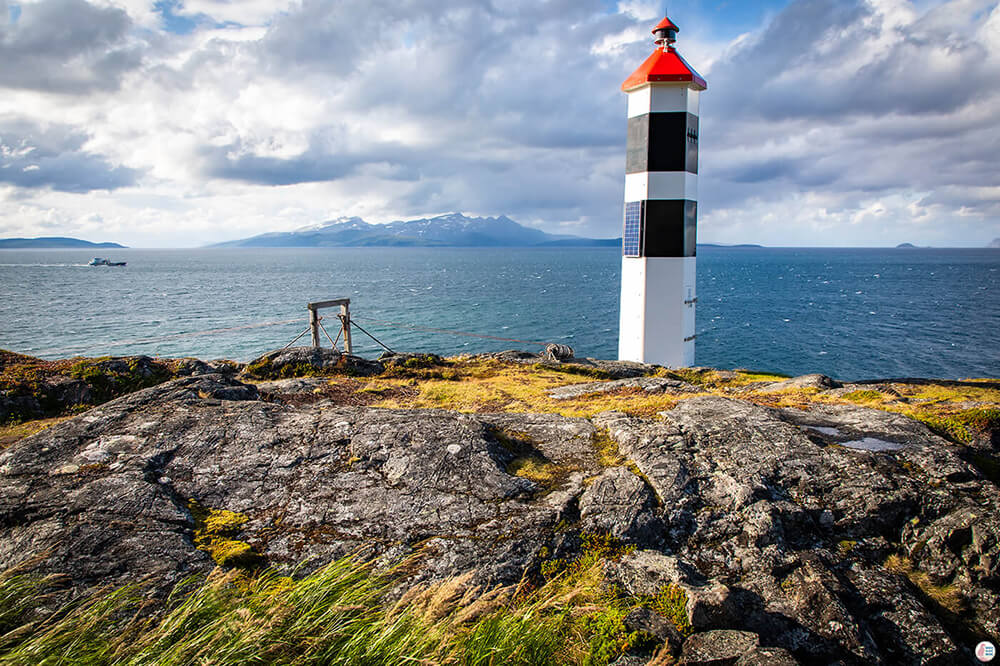 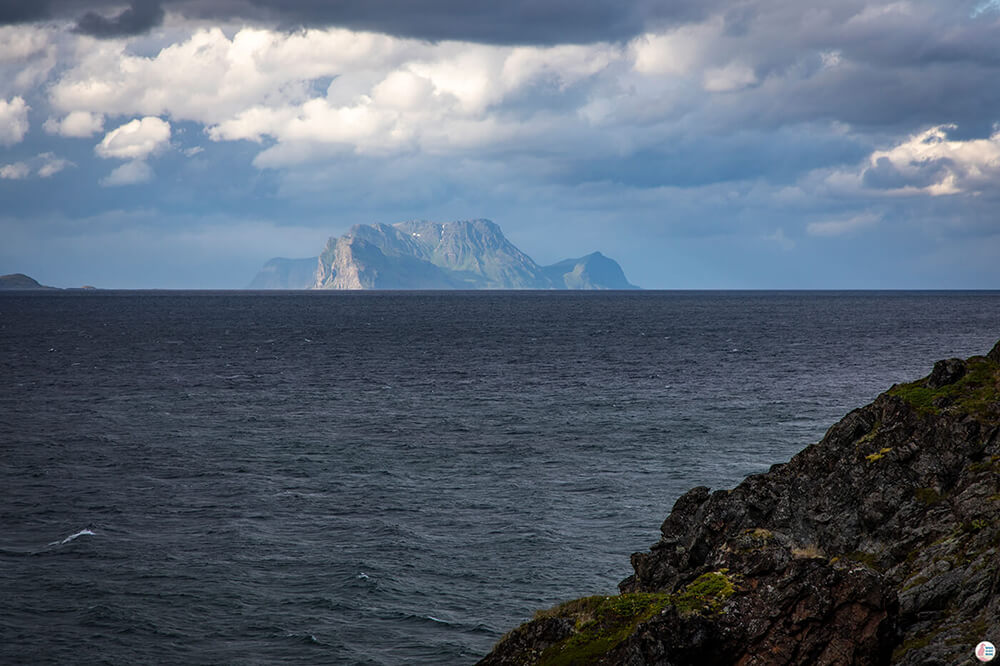 On our way back the wind really started to pick up and we felt a few drops of rain. Even though the clouds were getting darker, it wasn't really raining, unlike other parts of the Lyngen Peninsula.

Where to stay in Lyngen Alps?

We stayed for 6 nights in Svensby at Solheim Fritidsgård, which is a great property with really nice people and it's close to this trail and others as well! You can find more places to stay on the map below.

Rising at just 351 m above sea level, Barheia offers great views of Ullsfjord and the mountain peak Jægervasstindan. Barheia hiking trail is a 3 km moderate ascent through the forest and it's suitable for most people.