Croatia has the most beautiful waterfalls in the world, Plitvice Lakes National Park being declared a Unesco World Heritage in 1979. Plitvice Lakes might be Croatia's most famous national park, but there are others as well that will blow your mind!

We visited Croatia in the middle of June and I guess that was not the highest peak of the season, but there were still quite a lot of people. If you have a car rented you should take advantage of that and visit the parks in the evening, rather than mornings. We have noticed that in all the parks people started to disappear around 4 o'clock. The big buses carrying a lot of tourists are usually arriving very early morning and leave in the afternoon. The parks usually close at 8, so you still have plenty of time to see most of the parks and you can enjoy it without huge crowds. One exception would be Plitvice Lakes, where you won't have time to see everything in 4 hours, but try to plan your day so that you get those 4 hours in the park after 4 o'clock.

Since our hotel was located in Vodice, a small village close to Split, we rented a car for the entire week to be able to visit as many places as we like.

The below listed national parks are listed in the order we visited them and not in preference order. Each national park has its own beauty and we enjoyed all of them!

Krka National Park is about half an hour drive from Vodice, 20 minutes drive from Sibenik and around 1h 15min drive from Split. It is well known for its beautiful waterfalls and it is probably the second most visited national park in Croatia, after its "big brother" Plitvice.

The paths are made out of planks that are going around the waterfalls and above the lakes as you can see in the picture below. The route goes in a circle, the starting point being also the ending point and there is a restaurant/terrace in the middle of the park. The whole route probably takes around 2 - 3 h to finish, depending on how many pictures you take, and it's very easy to walk. There are also bout tours around Krka National Park where you can see the canyons sculpted by the river Krka, but I think the most beautiful part of this park is by foot. 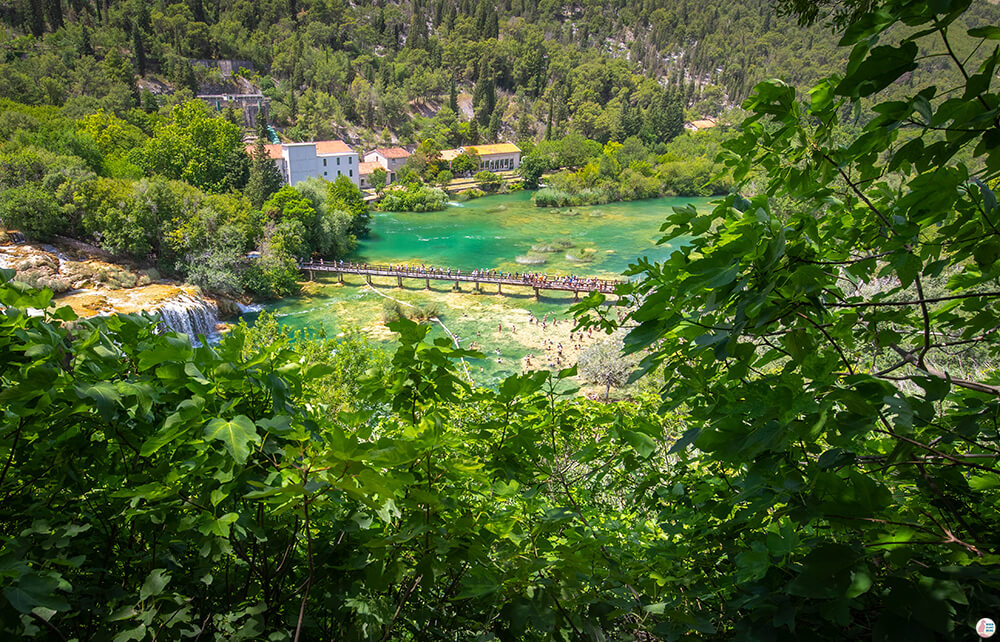 There is also a swimming area in Krka National Park, close to the main waterfalls. 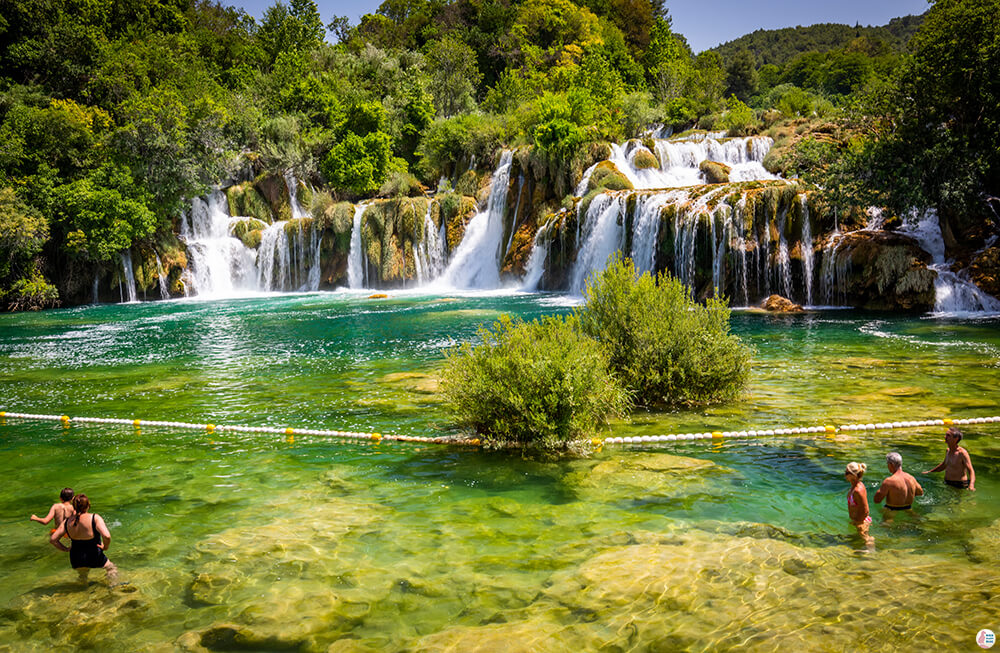 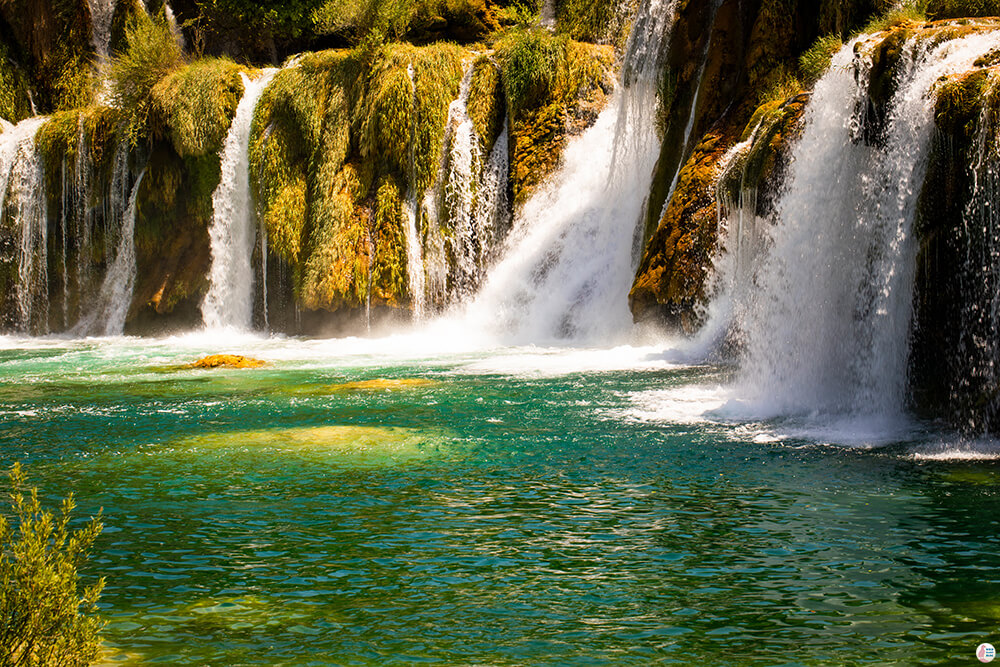 You can check out the Krka National Park Virtual Tour on Youtube and for more more information about the park visit their official website. 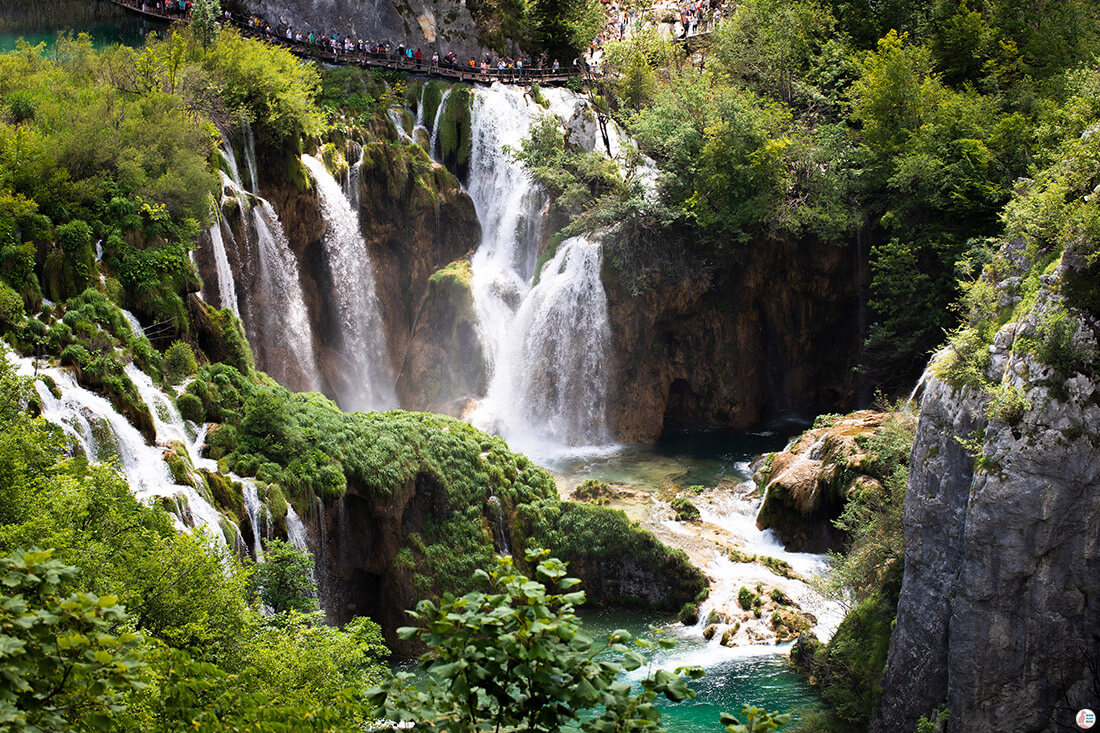 Plitvice Lakes National Park is a UNESCO World Heritage and it's one of the oldest and largest national parks on Croatia. It's also one of most visited places in Croatia, so crowds might get tough during the peak summer season, which is July and August. I would say it's better to visit Plitvice outside of the touristic season if you really want to enjoy your stay.

I highly recommend spending one night in Plitvice National Park, in order to really enjoy the nature and be able to see everything without being in a rush. Plitvice National Park is a bit further away from Split than the rest of parks. It took us about 2h to reach Plitvice from our main hotel in Vodice, but it was well worth it! I have never seen such a beautiful place before!

Like Krka National Park, there are walking planks over the crystal clear waters of the park and the main routes are pretty easy to walk. 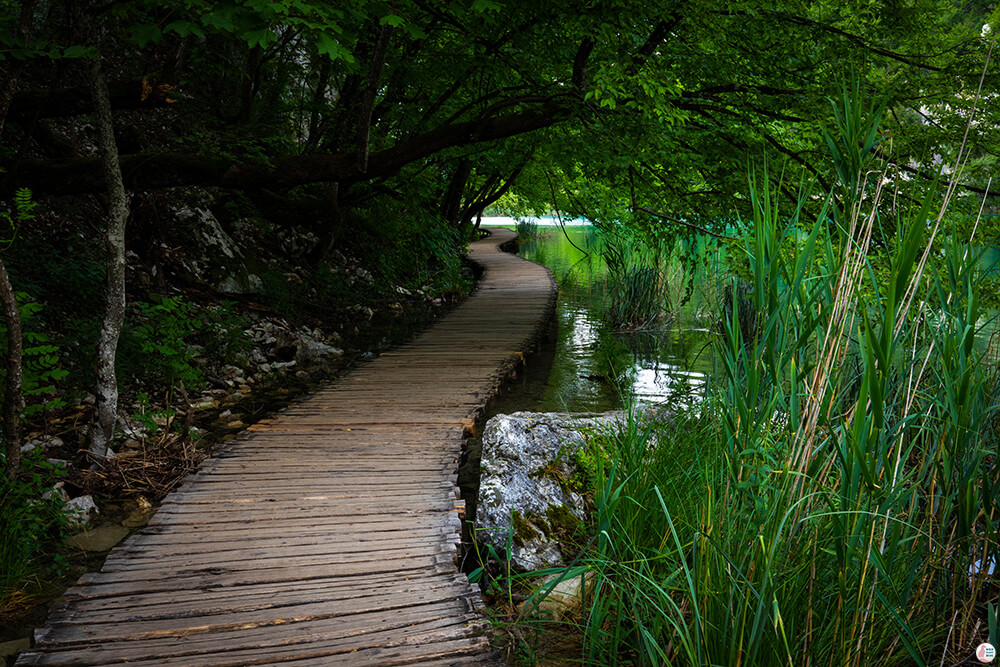 The park is divided between lower lakes and upper lakes. The upper lakes are close to entrance 1 and I would say they are more stunning than the lower lakes. If you don't have time to visit everything, I would definitely start with the upper lakes. This view below is the first thing you'll see from Entrance 1. 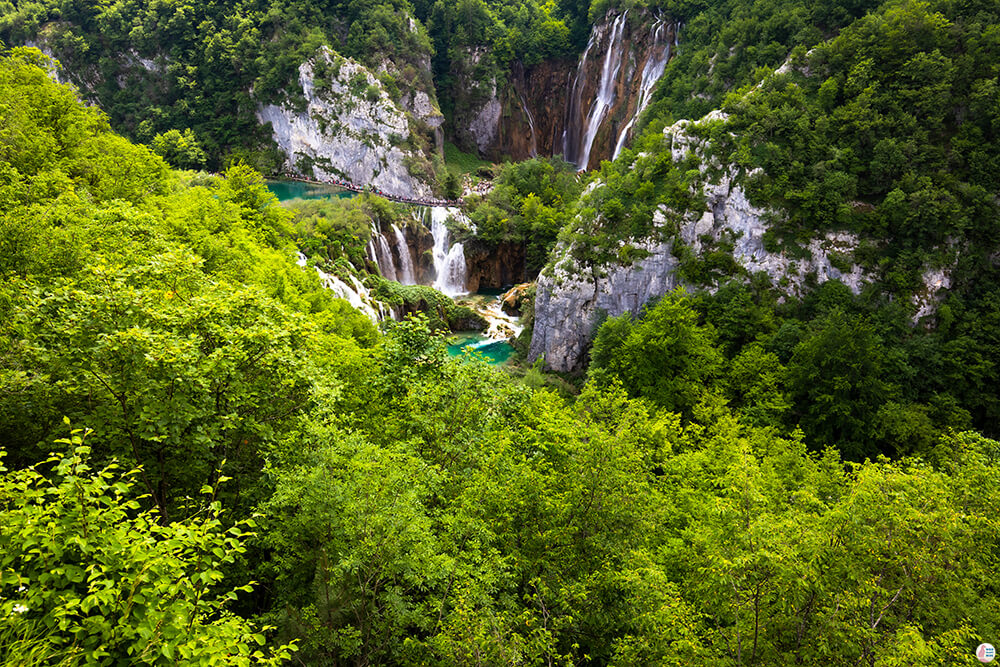 The lower lakes are also very beautiful and they start from Entrance 2, where the hotels are also situated. 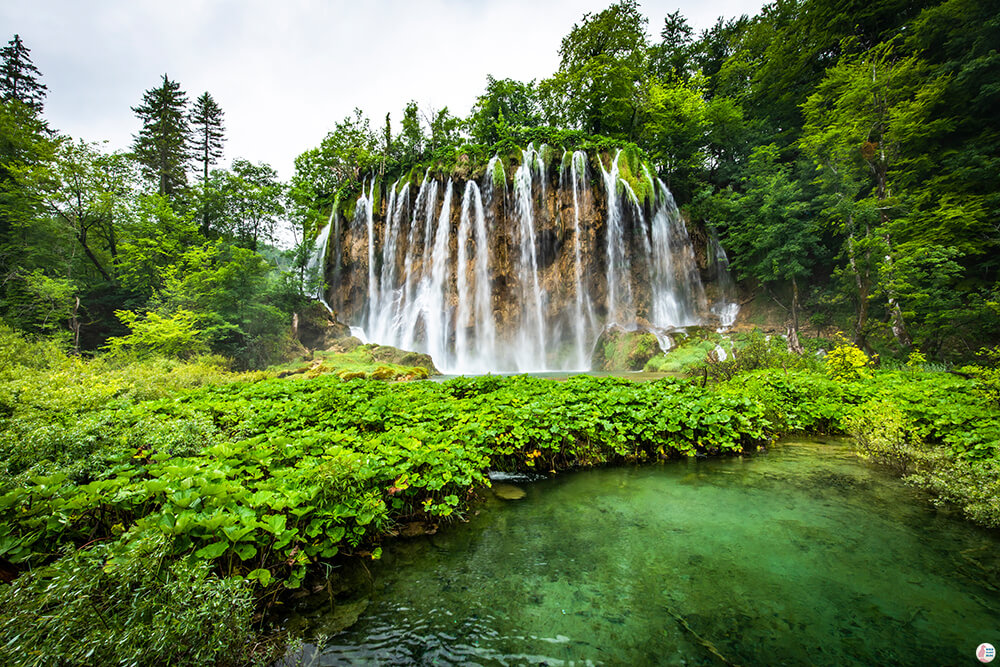 I will write another in-depth article about our stay in Plitvice Lakes National Park soon! You can buy tickets and check more information about Plitvice Lakes on their official website. 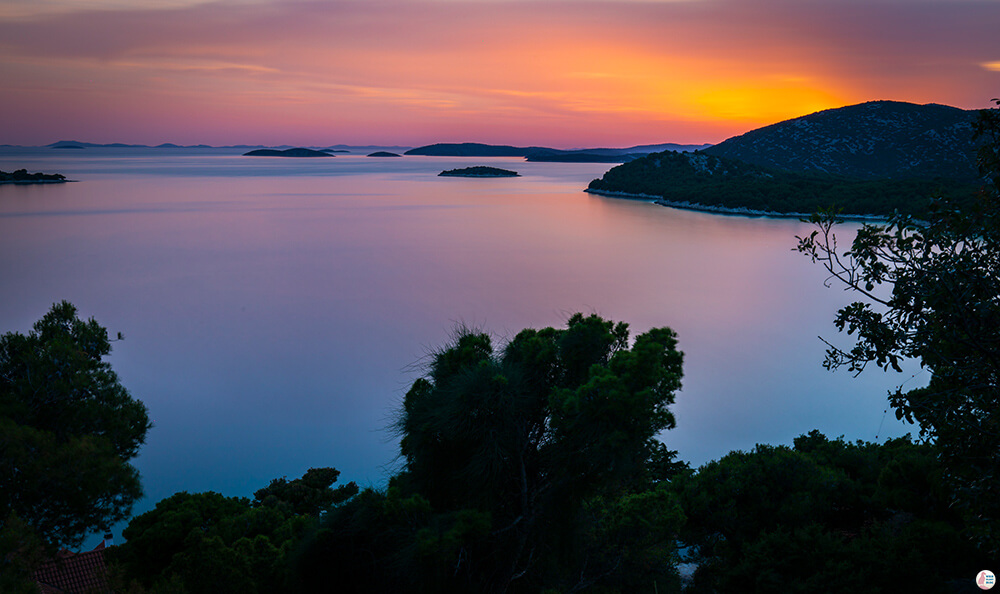 We took a one day boat tour from Vodice to Kornati National Park, with a 2h 30min stop in Nature Park Telašćica and it was a truly beautiful and relaxing experience! Kornati National Park is a set of 89 islands which have a very distinctive round shape and light colour. The park is also called a "nautical paradise" and indeed there are many sailing boats around! 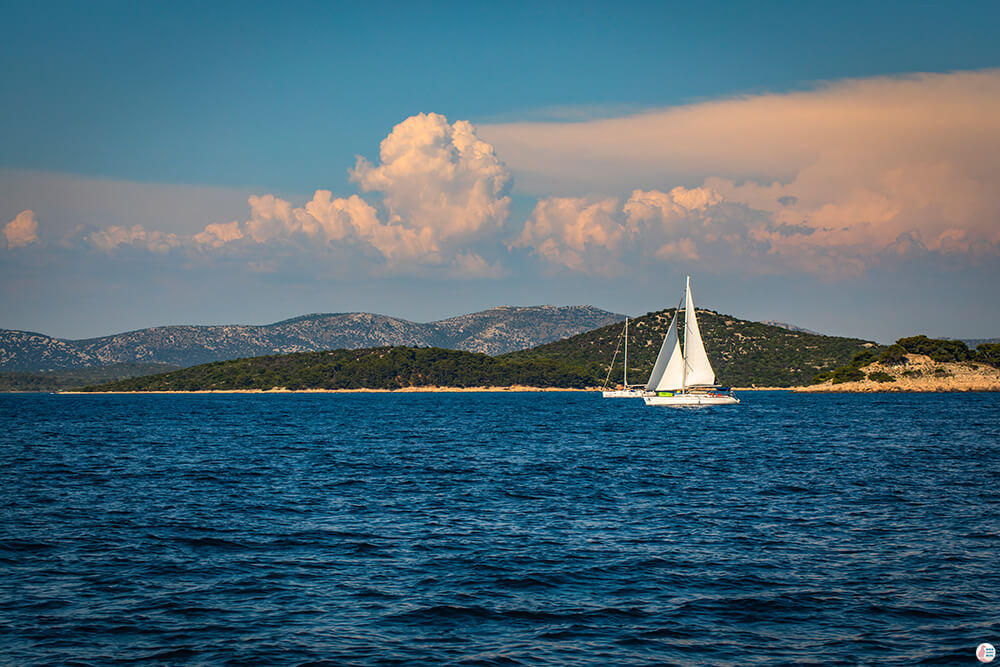 Once you reach Nature Park Telašćica you can hike around the island and see some stunning views of cliffs and you can also bathe in the salt lake. 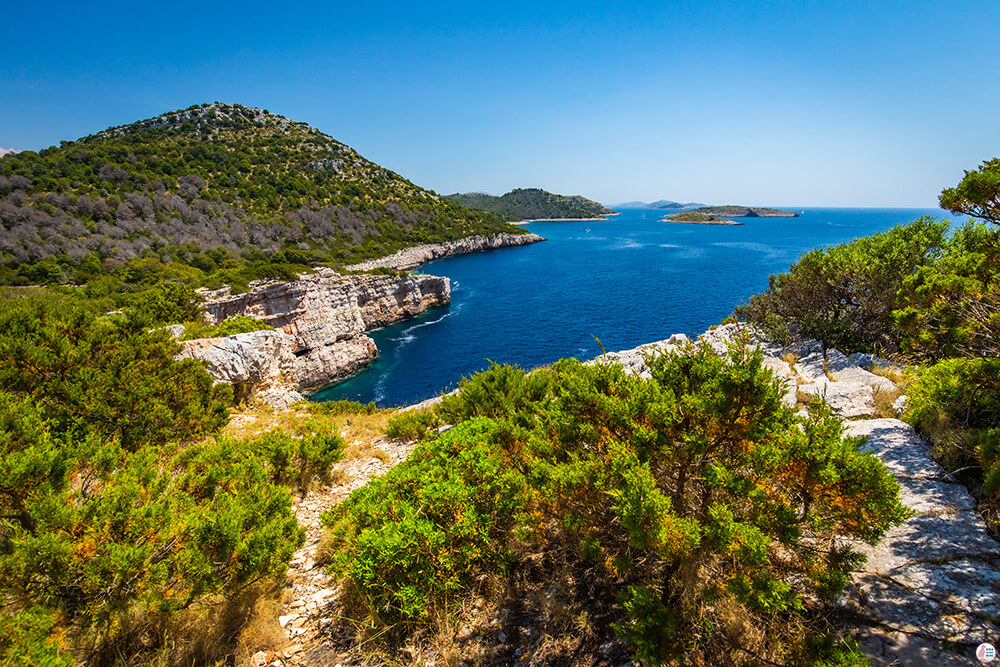 For more information about Kornati National Park check out their official website. 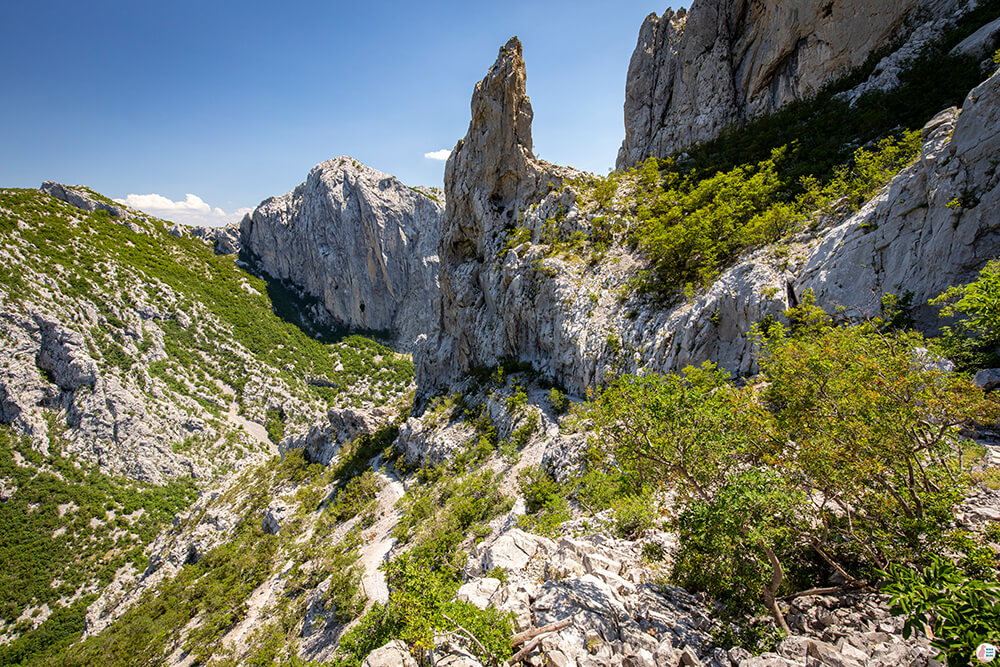 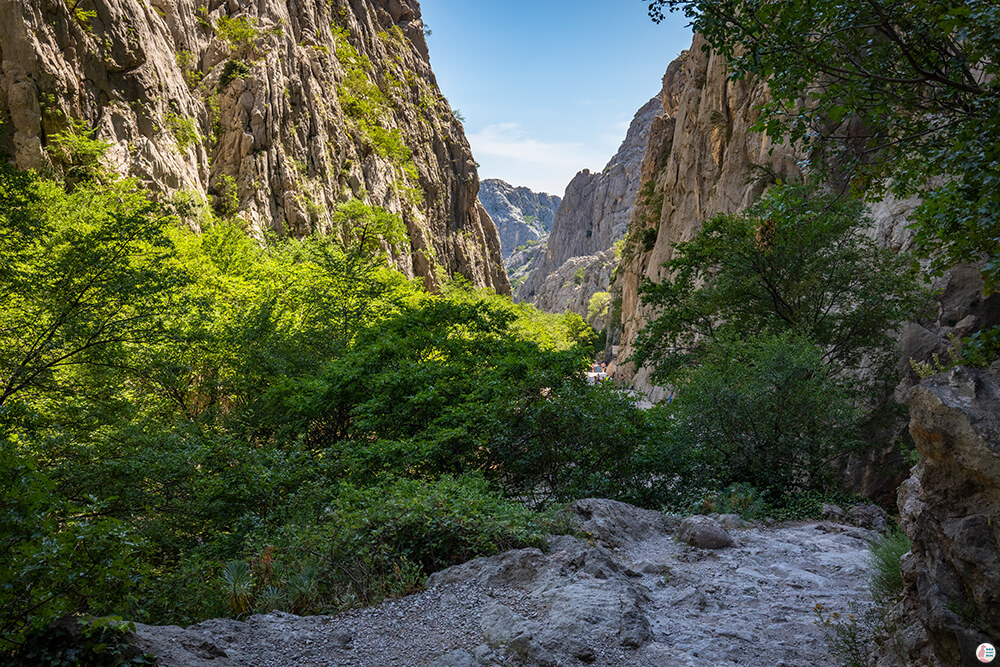 You can check out a virtual tour of Paklenica National Park on Youtube. You can find more information about the park on their official website.

We have really enjoyed all four national parks during our one week stay in Croatia and we are very happy with our selection of wild places to visit!

The Split area has a lot to offer to nature lovers. Whether you are a hiker, mountain biker, a nature photographer or you just enjoy the outdoors, you have plenty to see in Croatia!

Photographing the Waterfalls of Plitvice Lakes in Croatia

Plitvice Lakes and its waterfalls is one of the most beautiful places on Earth and it has been declared a Unesco World Heritage in 1979. The waterfalls in Plitvice Lakes National Park are unique in the world and attract a lot of visitors all year round.